14 Best Comebacks of Players from Injury – This Should Inspire You

"No athlete is truly tested until they've stared an injury in the face and come out on the other side stronger than ever." -- Anonymous. Read the stories of these players and you will agree.

"No athlete is truly tested until they’ve stared an injury in the face and come out on the other side stronger than ever." — Anonymous. Read the stories of these players and you will agree.

As Drew Brees dived for the fumble in the final game of the 2005 season, it cost him a catastrophic arm injury – a torn labrum plus a partially torn rotator cuff in his throwing shoulder. It sure did give the chills to many a teams (like the Miami Dolphins, who selected Daunte Culpepper instead).

Nine months later, Brees came back as a New Orleans Saints free agent, led them to their first ever Super Bowl Championship, and won the NFL’s Comeback Player of the Year in 2004.

What do you do when you have a double stress fracture in your left tibia? You go ahead and smash the U.S. Open Golf Championship. Which is what Tiger Woods did in 2008, having suffered through the fracture two weeks ahead of the tournament.

Off the field, he was an injured man who had difficulty putting on his shoes. On it, he transformed into a sportsman determinedly going through five grueling days of excellent shot making, which redefined success.

Emmitt Smith’s final game of the 1993 regular season (post first-half) stood at 229 yards and an overtime victory for the Cowboys, while receiving continuous hits by the ball throughout. This was of course, after the ‘minor’ fact of having dislocated his shoulder in the first half. Not for nothing is one an all-time leading rusher without a few daredevil acts in place.

A player who had spinal disc herniation, Hodgkin’s lymphoma, chronic tendinitis of a hip-flexor muscle and a chronic back pain so severe that others had to tie his skates for him, Mario Lemieux was a collection of injuries and ailments on skates, throughout his career.

But the skates were what made him come back stronger each time, and be the fantastic inspiration of perseverance that he is. Lemieux won three Most Valuable Player awards in the NHL and was its leading scorer for six times.

Adrian Peterson suffered a knee injury best described as ‘devastating’ by most – a torn ACL and MCL. But with an astonishing comeback 10 months later, he proved injuries couldn’t keep him down, by rushing in 2,097 yards- which is within nine yards of the all-time single season record by Eric Dickerson.

The relics of his horrific crash on the track are still evident on Niki Lauda’s appearance. The accident, occurring in the 1976 German Grand Prix, was so brutal that his car had burst into flames. It gave him several burns, a missing right ear and slipped him into a coma. But a mere thirty-nine days later, Niki was seen back in action, finishing fourth at the Italian Grand Prix and awe-inspiring the audience.

Talk of throat-slitting competition. In 1989, Clint Malarchuk got literally slit at his throat by a stray skate. The moment is etched in people’s memories as they saw blood gush out on the ice. If surviving this life-threatening incident wasn’t miraculous enough (largely thanks to the timely help of his coach), his comeback in four days – you read that right, FOUR DAYS! – was nothing short of a feat.

Now WHAT is your excuse?

Even if you don’t consider flu an injury, there’s no denying that standing up for a game when the illness is taking you down is the most applause-worthy comeback. In Game 5 of the 1997 Finals against the Jazz, the phenomenal Michael Jordan did just that. He scored a great 38 points in a Bulls victory, giving them a 3-2 game lead in the series. Which is what makes him ‘phenomenal’.

Three times a World Cup just isn’t enough. Which is why the football legend called Pele went for the fourth one, despite many believing ‘he was done’ after a rough tackle in 1966.

Injuries are temporary, class is permanent.

If one’s injury is so distinct that new procedures are invented to correct it, one knows how bad it is. Tommy John had his ulnar collateral ligament (UCL) torn away from the bone around his elbow in a gory injury. The newly-invented surgery procedure that followed it has since gained his name. And the winning of 164 games that followed have gained him unending respect.

You tape back things like torn paper, you know, not broken legs. Apparently, Bobby Baun didn’t know that. When Game 6 of the 1964 Stanley Cup Finals was tied 3-3, a Gordie Howe slap shot broke Baun’s leg, but not his spirit. Though he was carried away on a stretcher, he got his leg taped back and gave the game-winning goal in overtime, even going on to play Game 7 AND helped the Toronto Maple Leafs lift the Stanley Cup.

Hurting a part of the body is one thing, amputating it is another. When Ronnie Lott’s pinky finger was brutally hit in the 1985 season, he first taped it up for the rest of the game. But the crucial decision, of choosing between a difficult surgery (and missing games) or amputating it, came in the off-season. He chose the latter and went on to play for six more years. Stunned, aren’t we?

When you are on the verge of striking an Olympics gold, the world has its eyes on you. Your team has hopes from you. Kerri Strug knew this only too well when she landed hurt on her first vault in the 1996 Olympics. But the injured ankle didn’t dent her perfection when she landed the iconic second vault and created history. Imperfect feet, valiant determination, perfect landing.

The broken leg chronicles continue. Schilling was injured in Game 1 of the 2004 AL championship. The crazy part is this – to keep his right ankle from flopping around, the doctors stitched a tendon in it! The crazier part is, he came back with the stitched leg, played remarkably well in Game 6 which led to a series win of the Red Sox! Like he was heard saying it once, it ‘needs guts’ to do such a thing.
We agree.

If the term ‘players’ pops up only human players in your mind, think again. Seabiscuit’s legendary winning streak as a racehorse gave him the title of the ‘Best Horse in America’. Sadly, a stumbling led to a ruptured suspensory ligament, which could spell an end to any ‘player’s career. But the fall of 1939 witnessed a spectacular comeback, in which he clocked the fasted mile and a quarter in track history, and the second fastest ever run on an American track!

These real life phoenixes have shown that it is indeed possible to rise from one’s ashes. One just needs a fire in their eyes that never dies. 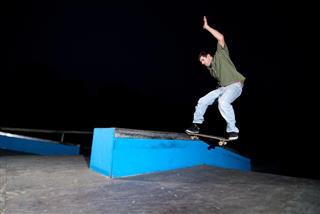 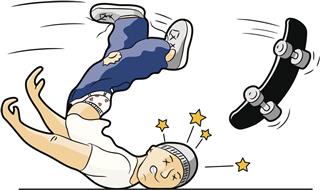