Most people assume the majority of athletes are dumb jocks who don’t have many interests outside of sports.  While this might be true of some athletes, plenty of ballers are actually quite intelligent and business-savvy.  In fact, some professional athletes have launched incredibly successful businesses.  Let’s take a quick look at athletes who have successfully segued to the business world during or after their playing days.

Tom Brady does it all.  From winning Super Bowls to modeling, selling Crocs and beyond, Brady is a true champion in football as well as life.  Check out Tom’s website, TB12, and you will find a wide array of the quarterback’s personalized gear for sale.  TB12 also features software for mental training, resistance bands and so much more.

Though Tony Hawk is not on the same level as Tom Brady, this skater deserves credit for his business acumen.  Tony’s video game, Tony Hawk Pro Skater, sold tens of millions of copies across several decades.  Hawk also owns his own company dubbed Birdhouse.  This is one of the world’s largest skateboarding businesses.  Hawk even launched a clothing line called Hawk Clothing.  Furthermore, Hawk’s autobiography was a top-seller, making it onto the New York Times bestseller list.

Venus Williams launched her own clothing line dubbed EleVen.  The tennis superstar regularly dons her own apparel on and off the court.  However, EleVen is not Williams’ sole business.  The tennis champion is the CEO of V Starr Interiors, a design enterprise.

David Beckham has a net worth in excess of $400 million.  Beckham makes a considerable chunk of his money off the field.  Beckham is a L’Oreal brand ambassador.  The soccer superstar also has a signature fragrance line to boot.  In fact, Beckham even rakes in cash by licensing his famous name to a clothing line called Trinity International.  Beckham’s additional business ventures include Haig Club alcohol and a H&M clothing line.

Wayne Gretzky, known as the Great One, is quite the savvy business professional.  Rewind to the early 90s and Gretzky made more than a quarter-million dollars with the purchase and subsequent sale of the Quebec Major Junior Hockey League’s Hull Olympiques.  Gretzky also has a history of flipping rare sports cards for profit including a Honus Wagner card.  The Great One even launched his own winery and restaurant, dubbed Wayne Gretzky’s Restaurant.

His Airness is the greatest basketball player to ever play.  Jordan is also making quite the name for himself in the world of business.  Jordan is now a partial owner of the Charlotte Bobcats.  Jordan also lends his image and namesake to Nike for Jordan brand sneakers, clothes, hats, etc.  Jordan also has endorsement deals with the likes of Gatorade, Coca-Cola, Hanes, Rayovac and McDonald’s.

Elway has launched several businesses since retiring from the NFL.  Aside from writing a popular NFL blog, Elway also owns several restaurants.  At one point, Elway owned five automobile dealerships throughout the greater Denver area.  Elway sold these dealerships for more than $80 million to AutoNation a few years after retiring from the NFL.  Today, Elway works for the Broncos and still runs an auto dealership of his own.

LeBron James has been making millions since his teenage years.  James made the jump to the NBA straight from high school.  James makes plenty of money off the court from his Air Zoom Generation sneaker and restaurant investments including the fastest growing chain eatery in America, Blaze Pizza.  Furthermore, the “Chosen One” even owns a marketing agency of his own, LRMR, that has landed endorsement deals with Upper Deck, Sprite, Nike, Bubblicious and other businesses. 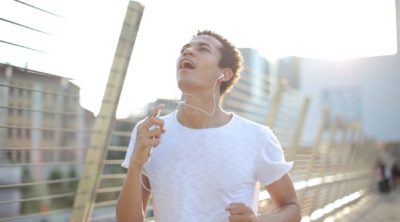