Every second person on this planet is a soccer fan, literally. Soccer is the most popular game around the world, but how many of us are aware of the biggest wins in the history of soccer? Have a look, you'll be surprised...

Every second person on this planet is a soccer fan, literally. Soccer is the most popular game around the world, but how many of us are aware of the biggest wins in the history of soccer? Have a look, you’ll be surprised… 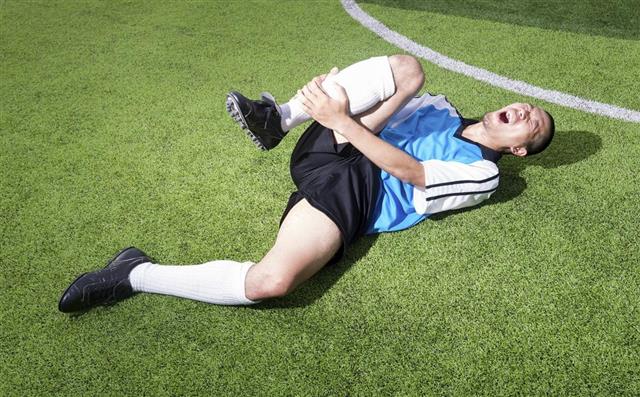 The Greatest Footballer Ever

In his career that spanned over 2 decades, Edson Arantesdo Nascimento, popularly known as Pelé, scored 1,279 goals―the most by any soccer player ever.

Soccer is also known as football in most parts of the world. Every day, there is a soccer match going on somewhere or the other around the world. Well, no doubt this is an understatement. Still, there are some records in soccer that have stood for ages.

Here’s all about the biggest wins in soccer history, broken down into international, premier league, and club matches.

This is the biggest win ever in an international soccer match. On April 11, 2001, playing a qualifying match for the 2002 FIFA World Cup, Australia demolished American Samoa by pumping in 31 goals into their net. Australia’s Archie Thompson netted a record 13 goals for his team, while David Zdrilic scored 8.

This was a match in the 1975 Pan American Games. On 17th October, in a Group D encounter, Brazil clobbered Nicaragua by 14 goals to top their pool. In the first 5 minutes itself, Brazil was 3 goals up, and at the end of the match, the highest scorer was Luís Alberto, with 4 goals to his credit.

This match was played in Serravalle, San Marino, on September 6, 2006, as a qualifier for Euro 2008. It became a record-winning margin by any team in the European Championships. Lukas Podolski top scored with 4 goals, and San Marino were knocked out from the tournament.

The match was played in Blantyre, Malawi, on October 15, 1962. Commonly known as the ‘Soccer Massacre’, this dozen-goal hammering is Ghana’s biggest victory in an international encounter. Mfum scored 5 goals, while Edward Acquah netted 4 goals for the winners.

In a match played in Nairobi, Kenya, on December 12, 1965, Ghana overpowered hapless Kenya by 13 goals to 2. The unbelievable thing here was, Kenya were the ones who took the lead in just the 3rd minute of the match. Osei Kofi and Kofi Pare top scored with 4 goals each.

This was a Euro 2012 Qualifying match that was played in Eindhoven, Netherlands, on September 2, 2011. The hosts treated the cheering crowd at the Philips Stadion to 11 goals. Robin van Persie top scored for the winners, netting 4 goals in the match.

This encounter was a Euro 1996 Qualifying match that was played on September 7, 1995, in Stade Abbé Deschamps, France. No single player dominated the game, and there were 8 different players from France who found the opposition’s net in this 10-to-nothing thumping.

In a qualifying match for the 2014 FIFA World Cup, Bahrain took on Indonesia on February 29, 2012, in Riffa, Bahrain. FIFA ran an investigation regarding this match, since Indonesia fielded a weak side in this game. Nevertheless, Latif and Dhiya scored 3 goals each, while Al Alawi and Abdulrahman managed 2 each, for the winners.

This was an Oceania Football Confederation match that was played in Adelaide Australia, on June 4, 2004, where New Zealand battered the Tahitians with 10 goals. Brent Fisher and Vaughan Coveny scored hat-tricks, with 5 goals coming in each half of the match for New Zealand.

This one was a Group 3 match played in the Brazil Independence Cup on June 14, 1972. The star of the game was Dušan Bajević, who went on to score 5 goals for Yugoslavia. 5 other players scored a goal each to take Yugoslavia’s tally to double figures.

Again, Tahiti at the receiving end! In this June 20, 2013 Confederations Cup match, World Champions Spain toyed around with the Tahitians on their way to scoring 10 goals. Surprisingly, Tahiti held ground for half an hour, before Spain opened the floodgates and ran away with the match. David Villa scored a hat-trick for Spain.

This Premier League game was played on March 4, 1995, at Old Trafford, Manchester. Man U were reigning champions, while Ipswich barely made it to the First Division. Andy Cole scored a Premier League record of 5 goals for Manchester United.

Spurs biggest ever win in the Premier League came in Tottenham, London, in this match played on November 21, 2009. The scoreline would have been even worse for Wigan, but for some excellent saves by their goalkeeper Chris Kirkland. For the Spurs, Jermain Defoe scored 5 goals, to give his team a resounding win.

Played at St. James Park on September 19, 1999, this Premier League game saw Newcastle United record their biggest win ever. Alan Shearer was the star for Newcastle United, netting 5 goals into the opposition’s net. Aaron Hughes, Kieron Dyer, and Gary Speed completed the tally with a goal each.

This Premier League game was played on May 9, 2010 at Stamford Bridge. Chelsea clinched the Premier League title after thrashing Wigan by 8 goals. This title ended Manchester United’s three-season reign as champions. Drogba netted 3 for Chelsea.

December 23, 2012, Stamford Bridge, London, witnessed the brilliant blues trashing an in-form Aston Villa by 8 goals. With two-third ball possession, and more than 3 times shots on goal as compared to their opponents, Chelsea handed Aston Villa their worst ever defeat in Premier League history.

On Oct 31, 2002, in a Champions League playoff in Madagascar, AS Adema beat their arch rivals Stade Olympique de l’Emyrne (SOE) by a world record margin of 149 goals, without having to even do anything. SOE coach Zaka Be instructed his team to shoot self goals in protest against a refereeing decision that affected SOE in a previous playoff. Nevertheless, this stands as a Guinness Record, but saw the suspension of the coach, along with 4 players from the team for some time.

Talking about genuine records as far as club matches are concerned, this one should top the list. In a match played on September 12, 1885, in Arbroath, Scotland, 3 dozen goals were scored by Arbroath against Bon Accord. John Petrie scored 13 goals, which still stands as a club record as we speak.

On the same day as the game above, September 12, 1885, Dundee pumped in 35 goals against Aberdeen Rovers. This could have been a record, as the referee had awarded 37 goals, but Dundee, in an act of honesty, were adamant that they had netted only 35. Obviously, later on, they regretted doing so, on hearing the result between Arbroath and Bon Accord.

Records are meant to be broken, although milestones like these aren’t toppled easily. Feel free to jot down any amazing soccer fact or record you like, in the comments section below. Goal!