Attention! These are the Best Cheerleading Moves You’ll Ever See

It is the cheerleader's responsibility to boost the players to perform their best as well as, direct the spectators to cheer for their team. This is definitely a big responsibility for which, one has to be perfect with the moves. We have listed the different moves required for effective cheerleading activity.

Home / Uncategorized / Attention! These are the Best Cheerleading Moves You’ll Ever See 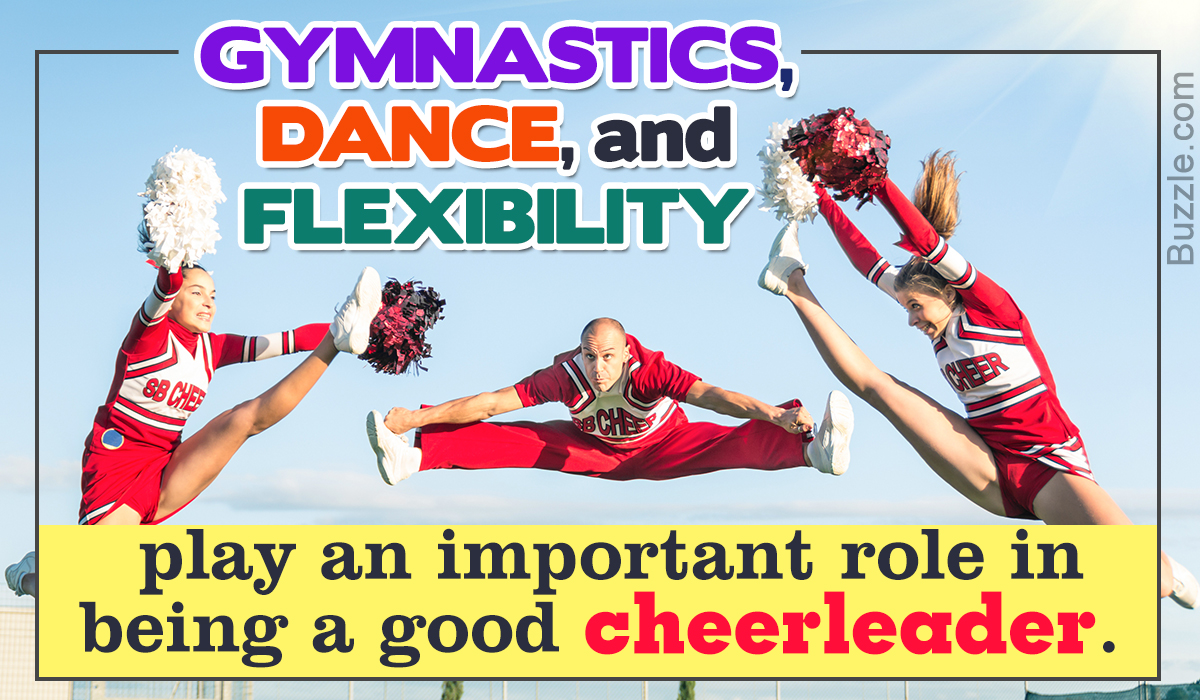 It is the cheerleader’s responsibility to boost the players to perform their best as well as, direct the spectators to cheer for their team. This is definitely a big responsibility for which, one has to be perfect with the moves. We have listed the different moves required for effective cheerleading activity.

Cheerleading originated in the United States as a physical activity, which included tumbling, dance, jumps, stunts and cheers to boost the players participating in competitions. Its high stamina and power-packed routines enthralls, not only players but fans alike.

What started as an all male activity way back in 1877, is now a popular activity amongst young girls and women. Although cheerleading was closely associated with basketball and football, it has found takers in most other major sports as well.

Apart from cheering the players, cheerleading has slowly gained the popularity as an individual sport. Competitions for the same, are held at the school, college, local, regional, national and international levels. Undoubtedly, it involves year round practice which is why, it can be termed as a sport of its own league. 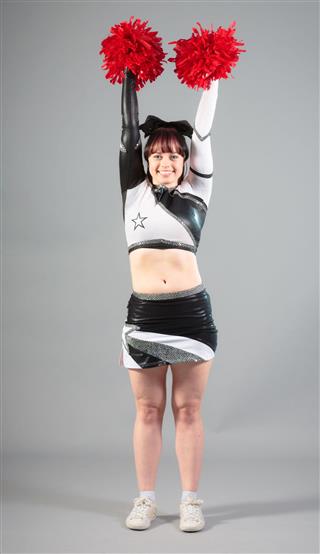 Do the V then the T 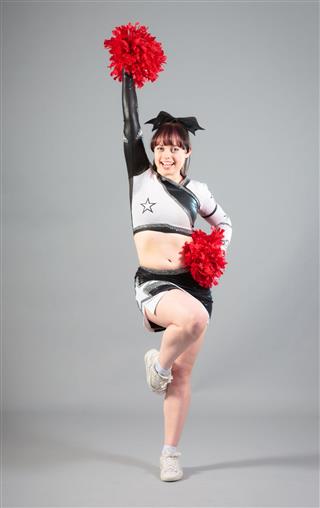 Left and Right Punches: Left arm forms a Touch down right fist close to shoulder. A variation to this is left/right arm in touch down position, right/left arm on hips.

Show off Your Muscles then Do the L and the K

Finish Off With the Diagonals and the Roll

Diagonal: Right/left arm in touch down position, left/right arm in lower v position. The lower arm can rest by the side of the body.
Roll: Arms in front of the body, bend forward and roll.
Table Position: Arms in front and close to the body.

Toe Touch Jump: A high jump to touch their toes in the mid-air. When the toe touch is performed, the legs and hands are outstretched and back of the person is kept straight.

Hurdling: The hurdler jump involves, a jump followed by sticking out one leg in front and at the same time, fold their second leg behind/front of the body.

Dip Jump: A jump where there is no swinging of the arms in preparation for the jump. All the power for the jump comes from the legs.

Tuck: This is another simple jump where the cheerleaders jump in the air and tuck their knees into the torso, with the joints facing skywards. To add an effect to this cheerleading move, often, the cheerleaders also hold up and spread their hands into the air.

The X jump or the Spread Eagle: The X jump or the spread eagle is a simple cheerleading move where the cheerleaders take a high jump and spread their legs and hands apart. This action makes the body of the cheerleader resemble an ‘X’.
Double Hook: Just like the hurdles, this jump involves tucking in both the legs to form hooks. It is also called the ‘cheer sit leap’.

Extension Prep: The flyer rapidly climbs up the base that is formed by the other cheerleaders. The base leaders support the flyer with their palms.
Thigh Stand: The base leader stand close to each other so that their feet touch thus forming a diamond pattern. The ‘back spot’ leader holds the flyer at the waist, the flyer dips, jumps and lands perfectly on the thighs of the bases.

These are the basic steps every cheerleader ought to be well acquainted with. You can use these moves and create your own unique steps by staging a dance and adding new stunts. All the best to you and your cheerleading. Remember to flash those pearly whites while showing off those stunts and moves. 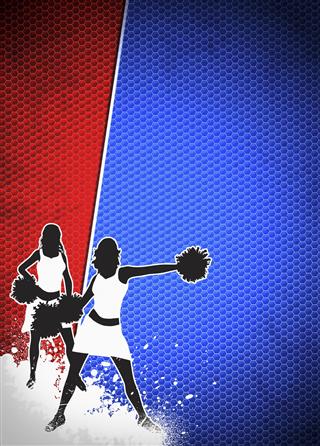 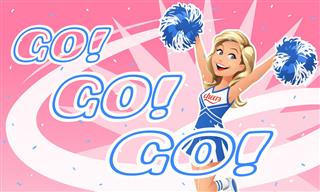