What Is A Composite Bow?

Home / Uncategorized / What Is A Composite Bow?

One of the most crucial developments in the world of ancient warfare was the invention of the composite bow. These bows changed the way battles were fought, and were far more powerful, accurate, and effective than the wooden bows that were used prior to this. Read on to know more about this influential weapon… 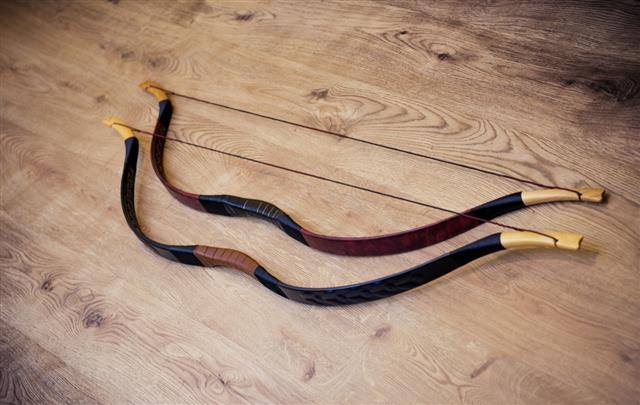 In olden times, the importance of archers was unmatched on the battlefield, and a very important development in warfare was made when the composite bow was developed. They changed the way wars were fought, as the arrows shot from these were able to fly through the air faster and pierce their targets with far greater force than anything seen before. These bows proved to be vitally important in matters of hunting and warfare, and started the golden periods for many ancient civilizations.

The composite bow was first employed by the Assyrians around 1800 BC, and they formed their civilization on the basis of the conquests they won by using these extraordinary weapons at that time. No one had seen bows like this before, and pretty soon other civilizations, like the Egyptians, Babylonians, and the Hittites, also adopted their own version of it. Traces of the bow were found in the remains of all these civilizations, and it soon became clear that these were the advanced weapons that these people used to great effect.

The term ‘composite bow’ was coined because the bow itself was made as a mixture of many different materials, such as wood, bark, sinew, bone, horn, and metal. All these materials combined to give the bow a lasting solidarity that surpassed all other handheld ranged weapons of the time. Apart from being more effective on the battlefield, these bows were also far more reliable than other wooden bows that were used, and did not break while using. All the weaknesses of the bows made only from wood were removed to a large degree when the composite model was made, and the power that it gave the arrow was simply amazing by the standard of the time. Even if we measure them up against the longbow, another iconic design of the bow from the past, then, in my opinion, the composite bow is a clear-cut winner, as it has more accuracy, penetration power, and ease of use than the latter.

The three layers that were used in composite bows were mostly wood, sinew, and horns. The wood formed the basic core of the bow, the horn was used on the interior portion of the curve for the purpose of compression, and the sinew was used on the exterior for the purpose of the springing action needed to bring the bow back to its original shape. These three layers would be glued together, compressed, and then left for a few weeks to jell together and become sturdy.

Almost every encampment had a blacksmith of sorts, who knew how to make these bows for the purpose of fighting and hunting. These bows were then given out to the warriors and the hunters, and these civilizations progressed further with the aid of these deadly weapons. The famous chariot archers of the Egyptians were extremely effective, because they used these weapons to fire arrows from their moving chariots.

Mongol invaders were the ones who really made these bows extremely famous, in their numerous conquests, raids, and battles. The largest land empire known to man was forged by the Mongols using a variety of composite bows, known as recurve bows. The ends of the bow were curved outwards in these types of bows, which further enhanced the power and the accuracy of these deadly weapons.

Soon, other civilizations also started adopting their own versions of the composite bows, and the most widespread use of these weapons came in the Crusades, where the Saracen civilization, and other Muslim warriors adopted these bows. Soon enough, the crossbow was created, using a similar concept.

The bows that are used by archers today are also composite bows, the only difference being that the three layers are made out of synthetic materials such as metal, carbon fiber, and fiberglass. This makes these bows stronger than ever, while still maintaining the illustrious history of these grand weapons, which extensively shaped the course of history.