The U.S. doesn't have a glorious footballing past to match other giants of the sport, but it has produced good soccer players fairly regularly. With the U.S. men's national team capturing the nation's attention with a strong performance in the 2014 World Cup, here's a list of the greatest soccer players USA has ever produced.

The U.S. doesn’t have a glorious footballing past to match other giants of the sport, but it has produced good soccer players fairly regularly. With the U.S. men’s national team capturing the nation’s attention with a strong performance in the 2014 World Cup, here’s a list of the greatest soccer players USA has ever produced.

An American, Bert Patenaude, scored the first ever hat trick in the FIFA World Cup. Patenaude scored three against Paraguay in USA’s first match in the 1930 World Cup, on July 17, 1930. Weirdly, the record wasn’t accredited to him until 2006, since his second goal had been dubious when it had been scored.

The American audience has always been crazy about action-filled sports such as basketball, ice hockey, NASCAR, and baseball. Soccer had a bit of a tough time getting a foothold in this land of adrenaline-craving audiences, but it came to the spotlight at the 1994 World Cup, which the U.S. hosted. The games in the 1994 World Cup saw a record for average attendance, signifying the growing love Americans held for soccer.

The U.S. men’s national soccer team, having been surprising semifinalists in the very first World Cup in 1930, have once again come in vogue, progressing beyond the group stages in the last two World Cups and reaching the quarterfinals in 2002. The ever-improving national team has made liking soccer cool in the U.S.

The U.S. man’s national team, called the USMNT, has had a fair few genuine stars over the years. Here’s a list of the best of the lot.

The players haven’t been ‘ranked’ in any way. This SportsAspire article contains only male players, and legends of the female game such as Mia Hamm, Abby Wambach, and Michelle Akers haven’t been mentioned. Statistics of currently active players are correct as of July 5, 2014.

Considered by many as the greatest American soccer player ever, Donovan is a living legend in American soccer. He has been playing for the U.S. national team since 2000, and is the team’s all time leader in goals scored and assists. He is the first and, as yet, only player to score and assist more than 50 goals each for the U.S. team. He won the ‘Best Young Player’ award in the 2002 World Cup, where he scored 3 goals. He is one of only three Americans to score in more than one World Cup.

Dempsey is the current captain of the U.S. national team and, certainly, its best player. He holds the league scoring record for Fulham, and is one of the very few Americans to have consistently excelled in a major European league. He holds the American record for scoring the quickest goal in competitive action, scoring after just 30 seconds in USA’s match against Ghana in the 2014 World Cup. He has also scored the next two fastest goals in American history. He is known for his dribbling and shooting skills, and his high scoring ratio despite very rarely being deployed as a conventional striker.

Reyna was the preeminent American footballer before the emergence of Landon Donovan. His career, albeit hampered by injuries, was a trend setting one for American players, and he also holds the record of having been the first American to captain a foreign club. He was a mainstay in all of his clubs, and captained the USA in the 2006 World Cup. He retired after the latter tournament. He was named in the Team of the Tournament in the 2002 World Cup, only the third time an American had claimed that honor.

The hero of USA’s 2014 World Cup campaign, Tim Howard has been a consistent and reliable custodian for Premier League club Everton for the last 7 years, and is revered on Merseyside as one of Everton’s most important players. He is one of a long line of excellent goalkeepers born in the States, following in the footsteps of Kasey Keller and Brad Friedel. Howard suffers from Tourette syndrome, a condition which he channels to enhance his reflexes by learning to control his muscles better. He is known to play through pain; he has played on after dislocating a finger and breaking two bones in his back.

Gangly striker Brian McBride was, like compatriot Claudio Reyna, one of the first American players to succeed in a major European league. He was particularly successful at Fulham, whose fans really took to him and renamed the bar at their home ground McBride’s. He was team captain at Fulham, another rare achievement for an American. He scored for the USMNT in the 1998 and 2002 World Cups, making him the first American to score in two World Cup tournaments, a feat later equaled by both Donovan and Dempsey. Like Claudio Reyna, McBride retired in the aftermath of the 2006 World Cup.

This Dexter Morgan and John McClane look-alike has been one of the most famously consistent and reliable performers in the world of sports. Appearing for some of England’s biggest clubs, Friedel firmly established himself as one of EPL’s best goalkeepers in the noughties, turning out an astounding 310 consecutive Premier League appearances spread out between Blackburn Rovers, Aston Villa (Friedel was an ever-present for three straight seasons at Villa), and Tottenham (where he is still active, albeit now in a backup role). Friedel was a crucial part of USA’s spirited display at the 2002 World Cup; he became the first goalkeeper since 1974 to save two penalties in a World Cup tournament, excluding penalty shootouts. He is undoubtedly the greatest goalkeeper the U.S. has ever produced.

Wynalda was USA’s premier player during the 1990s, a period when the national team was languishing in obscurity. Like Reyna and McBride, Wynalda was among the first to play and star in major European leagues. He was the national team’s all-time top scorer at the time of his retirement, and his record would remain unbroken until 2008. He is one of very few Americans to play in three World Cup tournaments. He was famous for his dribbling and finishing.

Balboa was one of the best defenders in the MLS in the 1990s. He allied excellent defensive talent with a knack for the spectacular; he was particularly famous for his bicycle kicks. One of his bicycle kicks even won the Goal of the Year award in 2000. He was an irreplaceable part of the U.S. team in the 1990s, captaining it for some period and, at one point, becoming its all-time record holder for most appearances.

One of three goalkeepers in this list, Keller was the national team’s first-choice goalkeeper, until Brad Friedel took over. Keller had a fruitful career in Europe, appearing for some of Europe’s historically most successful and prestigious clubs. Along with Claudio Reyna, Keller is one of the first two Americans named in the squad for 4 World Cups, being in the team in 1990, 1998, 2002, and 2006.

Eddie Pope never moved outside the MLS, and, as a consequence, lacks the fame that some of his compatriots gained due to their moves to European clubs, but he was a defensive mainstay during his time with the USMNT. He holds the relatively rare record of having made all of his appearances from the start, which shows how important he was to the team. He played for the national team in the 1998, 2002, and 2006 World Cups.

These were some of the greatest and most popular names in American soccer. Apart from these, the woman’s American soccer team is legendary, and is much more successful than the men’s team. Some of the prominent players from the latter include the famous Mia Hamm, Michelle Akers, Abby Wambach―who holds the world record, including male football, for the most international goals scored, with 167―and Kristine Lilly, who is the only soccer player in history to make more than 300 international appearances. The American man’s team has made impressive progress over the last decade, and soon could be challenging for some real glory. 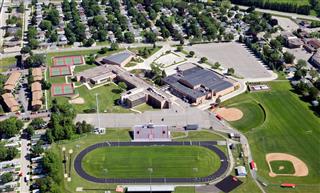 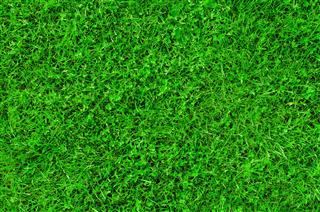