The following SportsAspire write-up gives you a lowdown on the famous female boxers in history. So, if you think that the fairer sex can only pursue makeup and shopping, think again!

The following SportsAspire write-up gives you a lowdown on the famous female boxers in history. So, if you think that the fairer sex can only pursue makeup and shopping, think again! 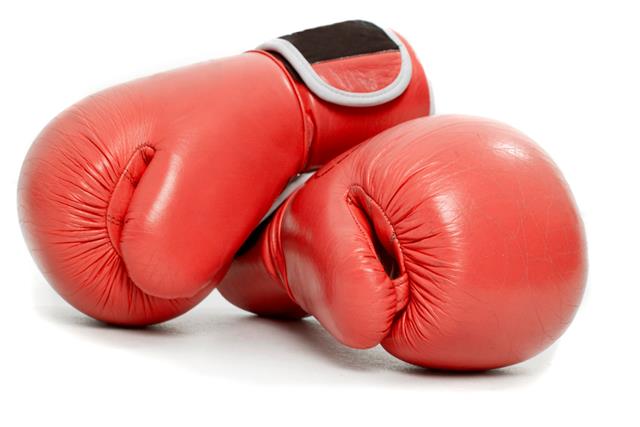 Holly Holm, 18-time world champion in three separate divisions, bid goodbye to boxing and moved to mixed martial arts, after her last boxing match against Mary McGee on May 11, 2013.

Some sports are thought to be ‘male-oriented’, and boxing is one of them. I lay emphasis on the word ‘male-oriented’, because in reality, this was proven wrong by some women who took up boxing as a career. These girls have proved that they had what it takes to enter into a male-dominated sport… the ability to absorb a fights’ worth of mental and physical anguish. Putting it in other words, they chose to tread a path which even the boldest male may try to be oblivious to. Why? Well… because the boxing ring can be one of the most unforgiving places to make a living.

In 1902, woman’s boxing was accepted as a demonstration sport at the Olympics, but was banned immediately. In 1997, the British Amateur Boxing Association lifted the ban, and waved the green flag for the first woman’s boxing competition. The European Cup for women, and the first World Championship was inaugurated in 1999 and 2001 respectively. Since then, there has been no stopping the ladies from entering this sport wholeheartedly. Get to know about a few of them who made a mark.

Daughter of retired heavyweight boxing champion Muhammad Ali, Laila’s ring nickname was ‘She Bee Stinging’. Laila had boxing in her genes, and this is the reason she took up the sport when she was just 18.

In the ring, she defeated Jackie Frazier-Lyde, daughter of Joe Frazier, who was the undisputed world heavyweight champion as well as an Olympic gold medalist. This match made waves, and was the first pay-per-view match between two African-American women. Ali remained undefeated throughout her illustrious career.

Regarded as the ‘hardest puncher’ as well as the ‘best fighter’, Ann Wolfe has records that even male boxers couldn’t beat. She held world titles in the Junior Middleweight, Middleweight, Super Middleweight, and Light Heavyweight divisions simultaneously.

She knocked out Vonda Ward (also an NCAA basketball star) on May 8, 2004, in just one minute and eight seconds into round one, and became the IBA World Light Heavyweight Champion. People call it ‘the greatest knockout in woman’s boxing history’.

She trained under the legendary Emanuel Steward, and that gave her the mastery she held over the sport. Rijker had excellent speed and reflexes that could only be rivaled by an equally talented female boxer Laila Ali. Rijker also had a flair for Hollywood. She was seen in the 2004 Oscar-winning film Million Dollar Baby, as Billie.

Martin started her career as a professional boxer at the age of 21, and came to be known as ‘the most successful and prominent female boxer in the United States’. She appeared on the cover page of the sports magazine ‘Sports Illustrated’, and also attended various talk shows.

Her efforts to popularize boxing legitimized the participation of women in the sport. She had a record of 31 massive knockouts, and held belts in the Junior Middleweight, Middleweight, and Super Middleweight divisions.

Holm was given the title of ‘Female Fighter of the Year’ by the Ring Magazine, twice, in 2005 and 2006. She held many welterweight titles, and was considered to be the best female welterweight of all time. Holm made a decision of moving into mixed martial arts, and made her debut against Christina Domke, winning the fight.

She made an announcement earlier this year that she would be leaving boxing completely to take up mixed martial arts. So, all you Holm fans out there, don’t be disappointed, because you’ll be seeing more of her in MMA.

Daughter of the famous football player Charlie Sanders, Mary Jo Sanders grew up to become a professional boxer. She made her debut in 2003, and won her first match against Willicia Moorehead. After that, she held various belts in three different weight categories.

The most talked-about match that she took part in was the one against Holly Holm. Sanders lost the match against her, but four months later, they fought a rematch which was declared as draw. This was Mary Jo’s last fight.

At the time of her retirement, she also held two heavyweight belts. In 2008, Ragosina won 7 championship belts in a single fight by defeating Teresa Perozzi. People from her fraternity called her ‘Miss Sledgehammer’.

This flyweight female boxer hails from Germany, and has helped popularize the sport all over Europe. Halmich debuted in March 1994, and went on to box in various divisions, like Jr. Flyweight, Flyweight, Jr. Bantamweight, Bantamweight, and Featherweight.

Her victims of the ring include Delia Gonzalez, Yvonne Caples, and Johanna Pena-Alvarez, to name a few. Halmich fought her last fight in 2007 against Hagar Finer, and defeated her by a majority decision.

Couch was the first British female boxer to be officially licensed in 1998. During her tenure, she won many accolades in the categories of Welterweight, Light Welterweight, and Lightweight. Her autobiography named ‘Jane Couch – Fleetwood Assassin’, was published in 2001.

Once Couch decided to retire from professional boxing, she continued as a boxing promoter. She put forth the idea that woman’s boxing should be included in the Olympic games, and after a lot of thought and persuasion, the International Olympic Committee agreed to include the sport in the 2012 Summer Olympics.

Joenette Giselle Ife Salandy, nicknamed ‘Magic’, is considered to be the best Light Middleweight female boxer ever. She turned pro at the age of thirteen, and went on to win a boxing title just a year later.

In 2006, she became the first ever boxer to win 6 world title belts in a single fight. In 2008, this record was broken by Natascha Ragosina, who won 7 belts in a fight, but within a couple of weeks Giselle won the record back by winning 8 belts in a fight. She tragically died in a road accident in 2009.

The sad part about woman’s boxing is that, many noteworthy names have left the game before any substantial development or breakthrough could happen. We hope to see many more ladies take up this sport, and try to match the greatness that these famous boxers achieved.