If you are interested in getting a bird's-eye view of Hapkido techniques, its genesis, and its underlying principles, you will find this article to be an insightful read. Know all about this eclectic martial art, developed in Korea. 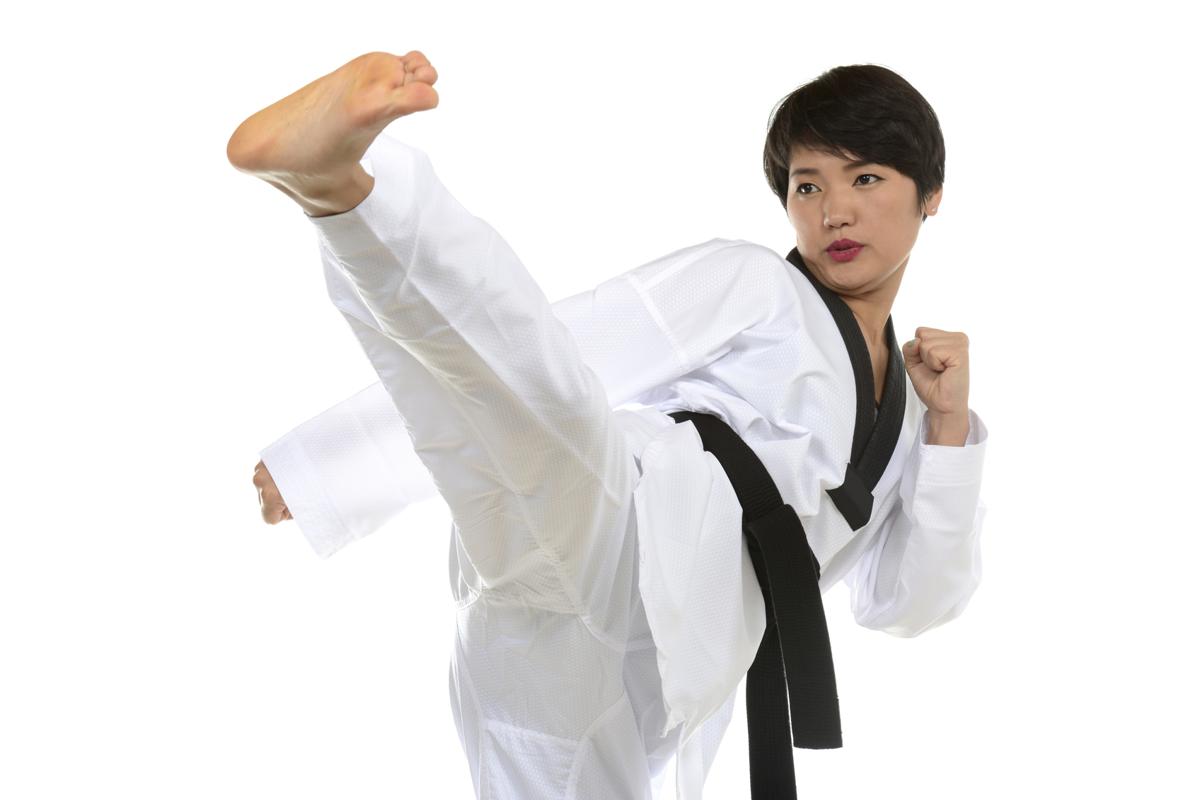 If you are interested in getting a bird’s-eye view of Hapkido techniques, its genesis, and its underlying principles, you will find this article to be an insightful read. Know all about this eclectic martial art, developed in Korea. 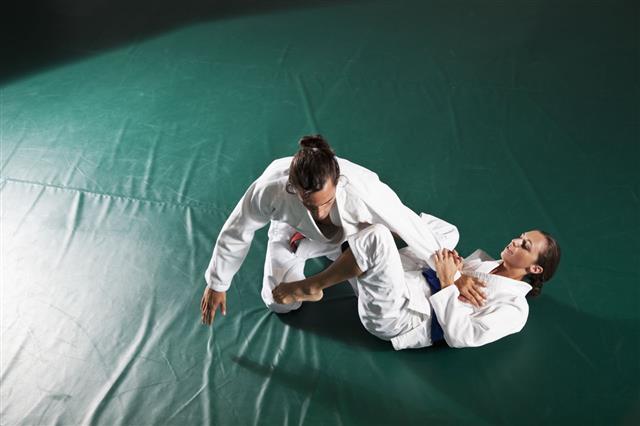 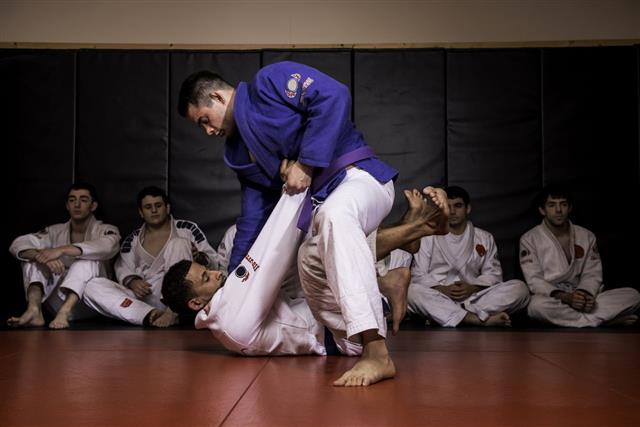 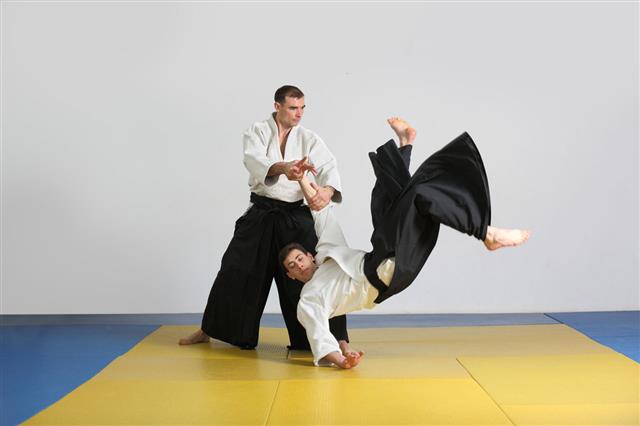 “Many people would categorize Hapkido as a scientific martial art. Its every aspect is geared towards the single purpose of incapacitating an attacker in the most efficient and thorough manner possible. The techniques use physics, geometry, psychology, and physiology. The results of the techniques are evasion, immobilization [pins], and projection [throws].” – Master Jeff Allen

Hapkido is a Korean martial art, developed in the twentieth century. The meaning of the word ‘Hapkido‘ is ‘The Way of Coordinating Energy‘ or ‘The Way to Harmony through Coordination Of Mind and Body‘. It is one of the premier Korean martial art styles and is mostly used as a self-defense technique.

The art was primarily developed by the Korean master Choi Yong-Sool and his students, who improvised and took it further, to be one of the most inclusive arts, that equips a fighter with a range of techniques. It is a hybrid style that has kept evolving over time.

As a martial art, it is primarily intended for self-defense in the modern world, although it was used in warfare, in the past. This form primarily evolved from ‘Daitō-ryū Aiki-jūjutsu ‘ and is very closely connected to Jujitsu, Tang Soo Do, Tae Kwan Do, as well as Aikido. Hapkido moves are an assimilation of many ancient and modern types of martial arts, molded in its unique style. Over the years, many branches of the style have cropped up, owing to different teachers. Some of the prime variations are Combat Hapkido, Jin Jung Kwan, Shinshei, and Sin Moo Hapkido. The art is considered to be the Korean equivalent of Japanese Judo and is characterized by mostly circular, instead of linear movements.

This style includes unarmed and armed form of combat, involving a range of offensive and defensive moves. It involves short, as well as long-range techniques of fighting, using kicking, hand strikes, throws, joint locks, and pressure point strikes. It also involves the use of weapons like a staff, sword, rope, short stick, staff, and nunchaku. Unique features of this art are non-resisting moves, aimed at diverting the force of the opponent, against himself.

Hapkido is a martial art, that has never been static. It is constantly evolving, with new techniques developing every day. It is based on certain solid principles, which make it a beautiful form of self-defense. The three main principles on which its techniques are based, are the following.

This principle says that a student must learn from the properties of water, which are flow adaptability, softness, and a tendency to flow through or over any obstacle. The Yoo principle stands for adaptability, patience, and conformity, on which these techniques are based. A practitioner must adapt according to an opponent’s moves. It also stands for the principle of concentrating one’s ‘Ki‘ (Energy), which gives the practitioner, tremendous power, like water directed out of the narrow nozzle of a hose.

Every one of the techniques and every move involved in them, is in a circle. Defense against an opponent’s attack is achieved through deflecting techniques. Every move by the defender takes a path, which is the most economical way of defense. This principle makes injuries less likely for the defender, while ensuring a devastating effect on the opponent.

Hwa – The Non-Resistance or Harmony Principle

This is the principle of harmony and non-resistance which emphasizes the unification of mind and body, in execution of every one of the techniques. First step is harmonizing the mind of the practitioner with his own body movements to such a level, that every one of the combat techniques becomes second nature. The second step is harmonizing and adapting the defensive movements, according to the opponent’s offensive moves. Mastering Hapkido is all about practicing the techniques to such a level that they become instincts. The response to every offense is then natural.

The whole range of techniques constitute a complete arsenal for self-defense. In the study of this martial art, versatility is emphasized upon. It is designed to be a complete fighting style, that can serve a practitioner in any circumstances. Practitioners are made ready for any eventuality. Ergo, not just kicking or throwing, but the entire gamut of body movements, along with their permutations and combinations, are employed. It has the soft techniques of Aikido and the kicking and punching techniques of Tae Kwan Do. Using the opponent’s energy against him, is another feature of Hapkido, that is borrows from Aikido. The exact stance, placement, and use of body pressure points, is a very important part of technique.

Besides the physical preparation, a large part of training goes into mastering breathing meditation techniques. To develop tranquility and serenity of mind is the prime goal, that helps develop concentration and alertness, which is vital during a fight. As you must have realized by now, this martial art symbolizes adaptability and smooth flowing of moves. It requires perfect mind and body coordination. Footwork and positioning are very important in execution of these techniques.

Every technique or fighting combination, passes through three phases: attacking or blending (turning or entering into position), transition (the application of technique), and conclusion (locking, pinning, or throwing). Blending is the most important step, in which the opponent’s energy is matched and redirected against him. Like a dance form, every fighting sequence goes through these three stages. The techniques that form a part of these combinations can be broadly divided into the following types. Almost none of them are used in isolation. They are part of a fluid flow of movements.

Hand strikes are used to soften up the opponent before going for more advanced maneuvers. It involves surgical hand strikes in specific spots that can create maximum force. They are used for blocking and counterattacking opponents.

The second important class of techniques are kicks. It includes a plethora of kicking moves aimed at the upper and lower body. A specialty is the low spinning heel kick. Most of these maneuvers are double kick moves. Some examples are the turning back-side kick, front kick – roundhouse kick, ankle scoop kick-side kick, and the inside-outside crescent kick.

These are a set of ingenious techniques, which are aimed at making the opponent submit unconditionally. These techniques include wrist locks, elbow locks, and other maneuvers that target most of the small and large joints in the human body, including the ankles, wrists, jaw, toes, fingers, elbow, knee, hip, and shoulder.

All of these techniques can be broadly divided into two types. One set focuses on overextending a joint, beyond its natural limit of motion. The second set includes forcing a joint to move in a direction, that is opposite to its natural direction of motion. Needless to say, both result in pain, forcing the opponent into submission, when used effectively.

Hapkido is known for its wristlocks in particular, with a wide range of variations. Particularly popular are pronating, supinating, and internal rotational wristlocks. Elbow locks or armlocks are also used. One of the most popular and elementary techniques is the knifehand elbow press.

The throwing techniques utilize the opponent’s force against him by making him go off balance. Throwing is used in combination and generally forms the finale of a maneuver. Some of the prime throwing techniques are four direction throw (forward and around), wrist out turn, entering throw, and rotary throw.

A lot of fight combinations end in a pinning maneuver, which is designed to immobilize an opponent into submission. Some of the prime types are wrist pin, arm pin, wrist twist, and wrist in turn.

Sword, rope, knife, short stick, staff and nunchaku are some of the weapons used in armed combat. They are advanced techniques. Interestingly, one of the first weapons, that a student is introduced to, is the knife. To teach basic skills in handling a weapon, Jung Bong (a kind of police baton size stick) is generally used. As the training becomes advanced, usage of weapons like a sword, a cane, and rope is taught. The training also teaches how to fight against armed combatants. These are the most deadliest techniques, as weapons like the rope can be used to effectively strangle, choke, or immobilize opponents, if need be.

Hope this rapid overview of the techniques has enthused you enough, to know more about this scientific martial art. It is a subtle kind, which has the potential to be the deadliest style, if wielded effectively. 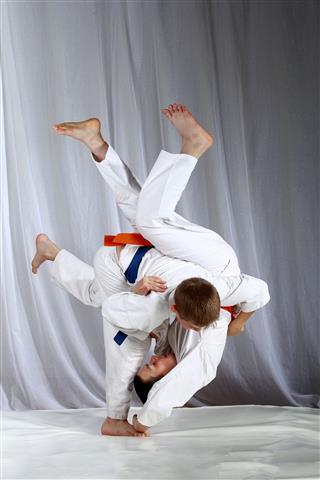 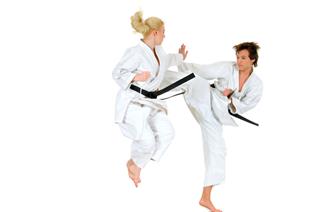 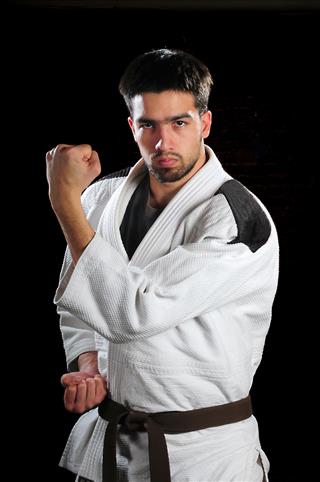 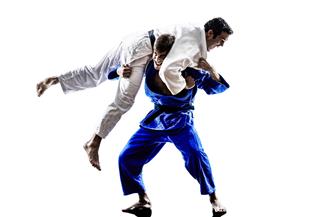