Super-cool Kendo Techniques and Moves That are Hugely Underrated

Kendo has evolved from kenjutsu, an ancient Japanese martial art. Its basic techniques have been enlisted in this article. Check them out... 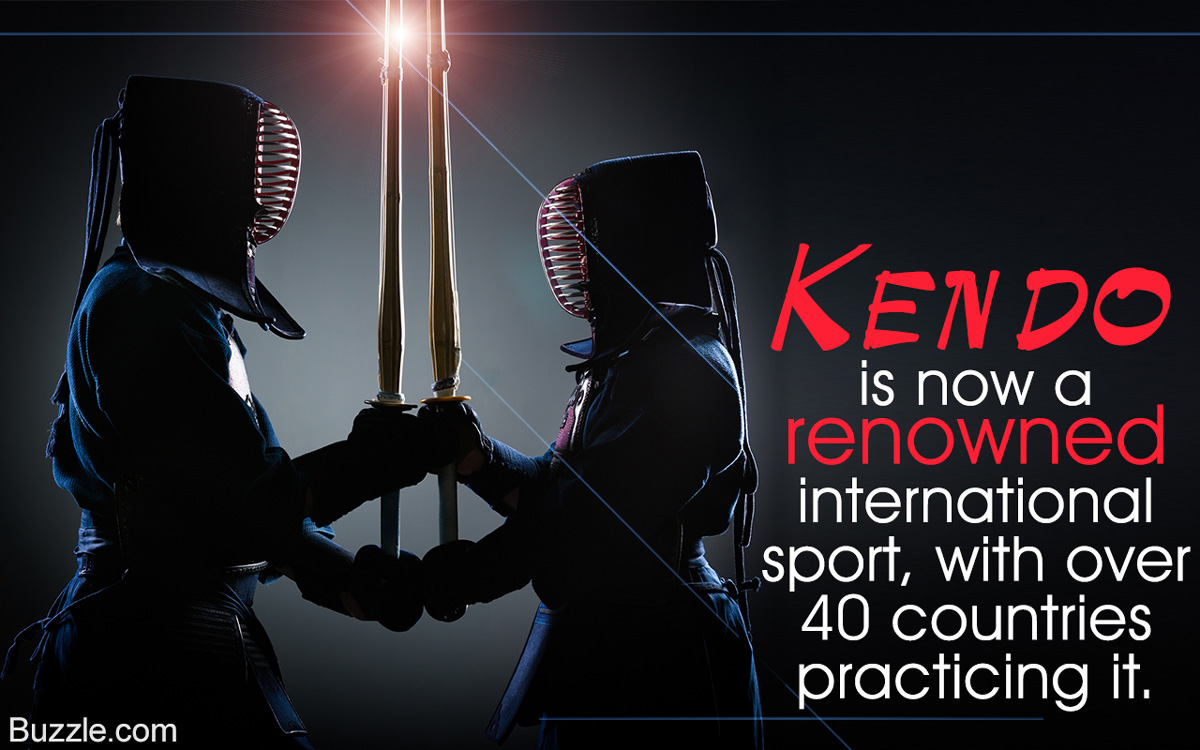 Kendo has evolved from kenjutsu, an ancient Japanese martial art. Its basic techniques have been enlisted in this article. Check them out… 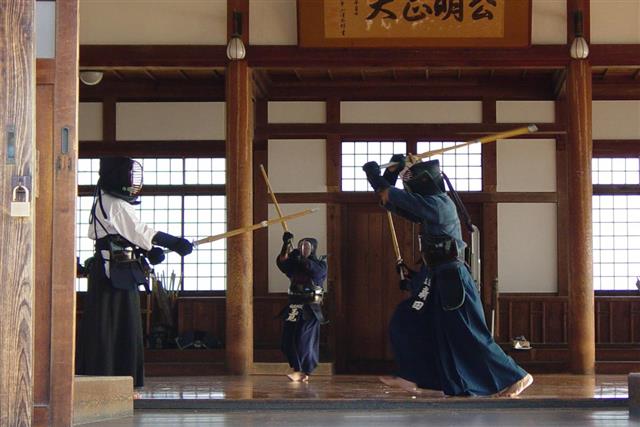 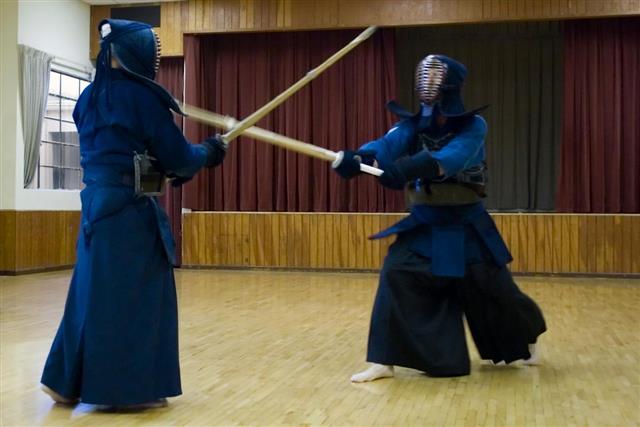 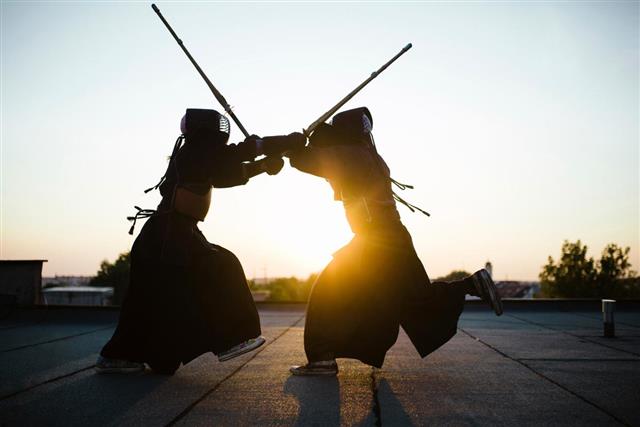 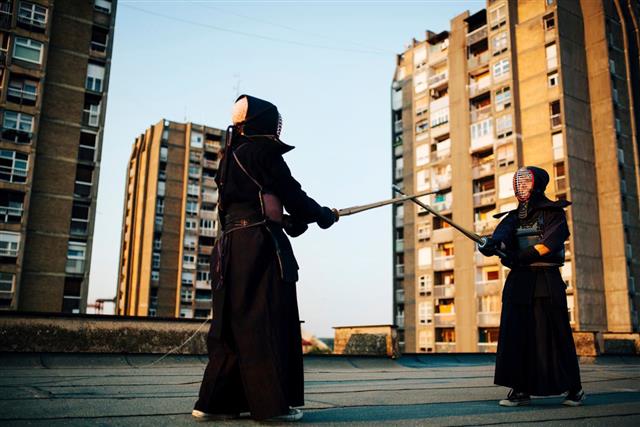 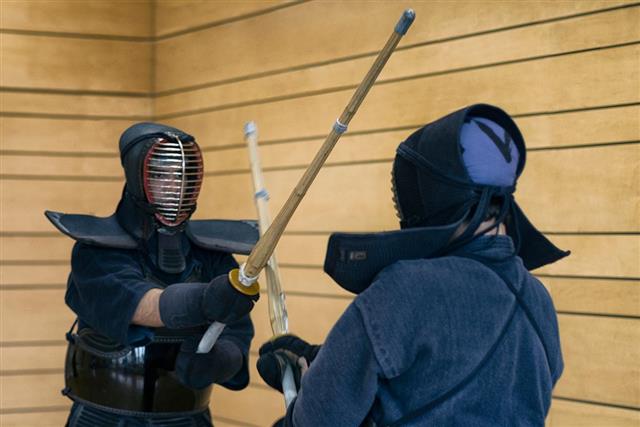 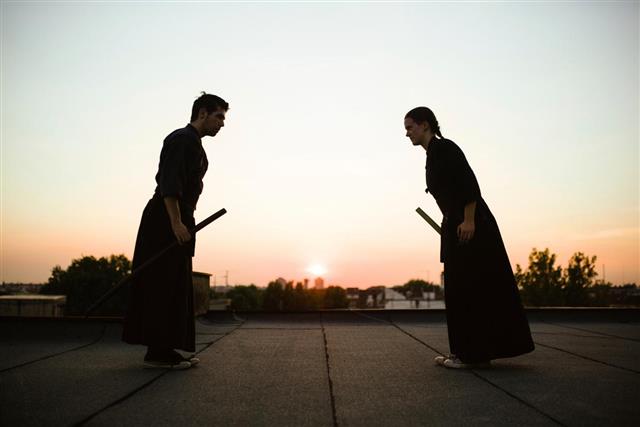 Kendo is based on the ancient Japanese sword fighting technique called Kenjutsu. The word kendo is formed from ‘ken’ (sword) and ‘do’ (way of doing/philosophy of). Those who practice kendo are known as either kendoka or kenshi. Kendo sword fighting developed in Japan, and around 4 million people practice it. There are many simple as well as complicated techniques that one can learn in this art form.

Here are some basic techniques of kendo, in which emphasis is laid on maintaining proper body posture and stance, so as to be able to enforce proper self defense, if the need arises.

Kamae: The swordsman gets ready to strike in this position. There are 5 sub-types of the kamae stance, and chudan-no-kamae is the most important one. In the chudan-no-kamae stance, body posture is kept upright. The right foot is placed in front of the left, and both are aligned in a single line; the heel of the left leg is raised slightly. The body weight should be distributed properly between the left and right feet. The right hand should be positioned below the tsuba while holding the shinai or bamboo blade. The left hand should be held in line with the tsuba-gashira.

The different offensive techniques included in the shikake waza category are explained below.

Harai Waza: In the harai waza technique, one has to flip the opponent’s sinai with his own. This technique is used to make an opening, and then for striking.

Debana Waza: The debana waza is an action of striking with the sword, as soon as one gets a sign/signal about his opponent’s move. The word debana can be translated as ‘just about to start’.

Maki Waza: The maki waza move requires you to first connect your shinai with that of the opponent’s, and hook them together. The next step is to spin the opponent’s shinai in the upward or downward direction.

The defensive techniques of kendo sword fighting are included in this category. Getting mentally prepared to receive and return/block strikes is the key point to remember here.