Though the importance of swordsmanship has drastically declined in warfare as a result of the introduction of guns and bullets, these skills are regularly practiced and sharpened by swordsmen by regular practice and by adopting some efficient techniques. We will discuss the difference between singe-handed and two-handed sword fighting in this article. 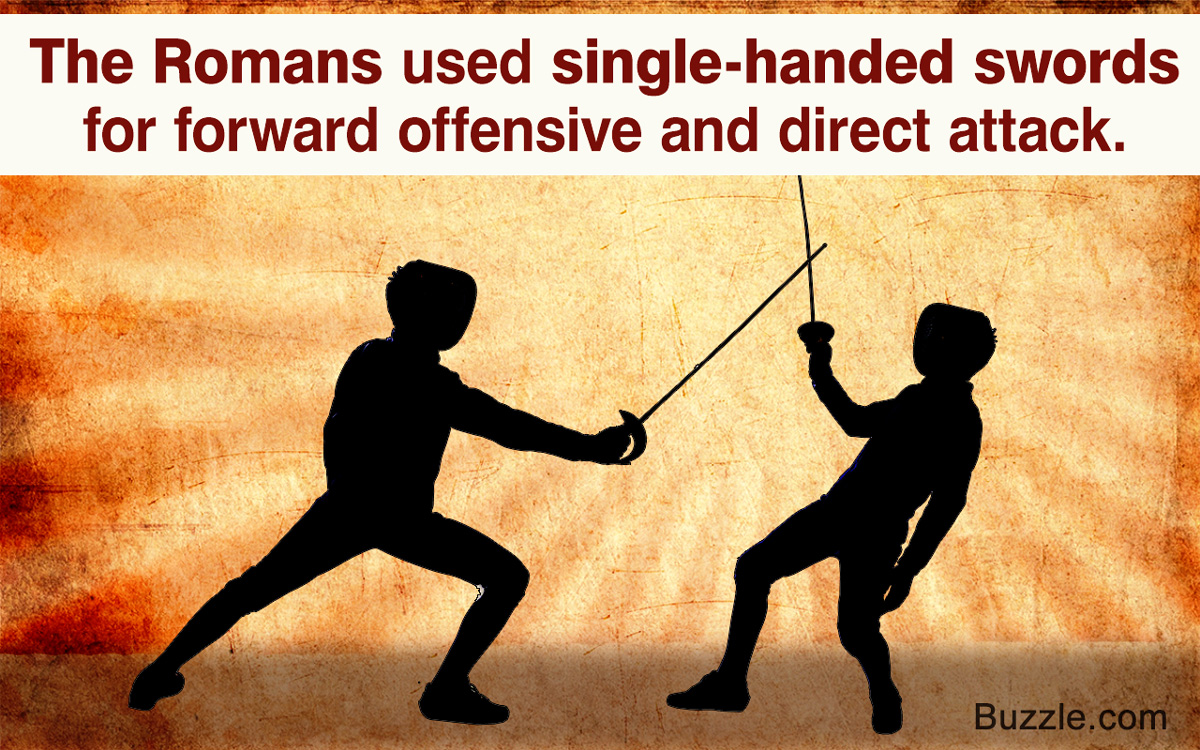 Though the importance of swordsmanship has drastically declined in warfare as a result of the introduction of guns and bullets, these skills are regularly practiced and sharpened by swordsmen by regular practice and by adopting some efficient techniques. We will discuss the difference between singe-handed and two-handed sword fighting in this article.

There are some really effective techniques of sword fighting that are practiced by people on the basis of martial arts, that have been established through centuries of development. Techniques of Katana, long sword, short sword, Foil, Épée, Saber, Rapier, Kukri, and Talwar have been established by our forefathers in the days when they fought man against man on the battlefield, till death. Some military forces across the world often recommend that practicing these techniques makes any person proficient in combat. From a civilian point of view, practicing with swords is not only a great self-defense and physical training exercise, but is also a very good method that can be used to enhance concentration.

As the name suggests, the single-handed swords are the ones that are operated by a single hand. One of the earliest known single-handed sword is the Gladius, a favorite weapon of the Romans. The Gladius was a Spanish weapon that was adopted by the Romans, and the sword fighting skills and methods of the Roman army were later adopted by almost all of Europe. A similar example is that of the Greek swords which were the prototypes of the Gladius. These swords were basically used for forward offensive and direct attack. Most of these swords were short and had a sharp blade (in some cases, archaeological evidence also suggests that they were single-edged), which made them effective forward offensive weapons.

While operating such swords, the forward thrust of the weapon is a feature that enables direct kill. The sound blade geometry gives swords such as the Gladius a strike force that is often aimed at the chest and the face. However, these swords are not exactly very effective for long-range thrusts and defensive moves. These drawbacks are often overcome by the presence of shields, which are effective in defensive moves. Similar techniques of swordsmanship were innovated and also used by Vikings, Indians, Chinese, and also the Aegeans and Spartans.

As history progressed into the middle ages, there was a need for more advanced weaponry as the speed of battles was drastically increasing. Blacksmiths all across the world came up with newer designs and geometries that enabled people to have an offense and defense and the same time, without the use of shields. Such blades required some advanced forging and engineering, as they have a multi-purpose functioning. Metallurgical advances enabled the blacksmiths to churn out masterpieces of sword designs such as the Japanese Katana and also the famous English long sword. Zweihänder from Germany, the Claymore from Scotland, and Wodao from China are some famous two-handed swords.

The techniques that were followed by people while using the two-handed blades was a bit different and it involved a total 360° range of fighting. These swords are basically used for thrusts and blocks. Complicated attack and defense techniques are multi-dimensional, which gives the swordsman an ability to engage more than one enemy at a time. Medieval sword fighting techniques included offense and defense in an entire circle, two-handed thrusts and blows, perpendicular blows, and forward thrusts. The practice of such techniques is extremely important as the pace of the fight is extremely fast. The sword fighting and training basics for such double-handed swordsmanship are quite complicated.

Many associations for sword fighting have come up in the recent past that aim at reconstructing the age-old techniques. In countries like China, India, and Japan, these techniques are still practiced as a tradition. 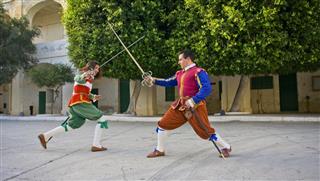 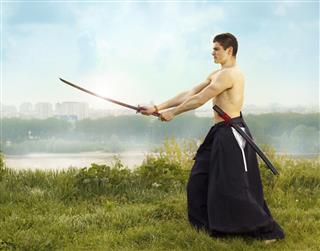 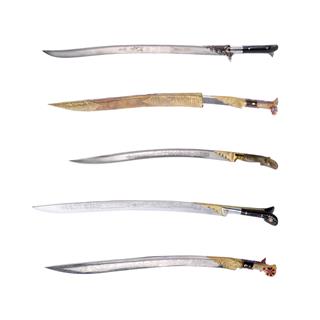 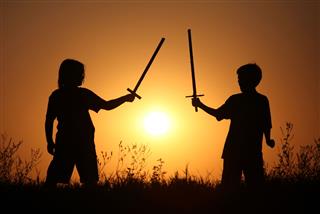 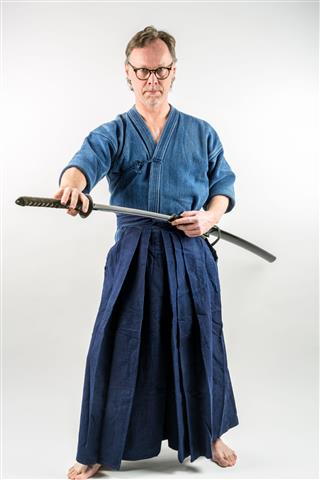