A compilation of some Venus Williams facts which trace her journey in the realms of professional tennis - right from her debut at the young age of 14 on 31st October, 1994, to her recent accomplishments. Read on... 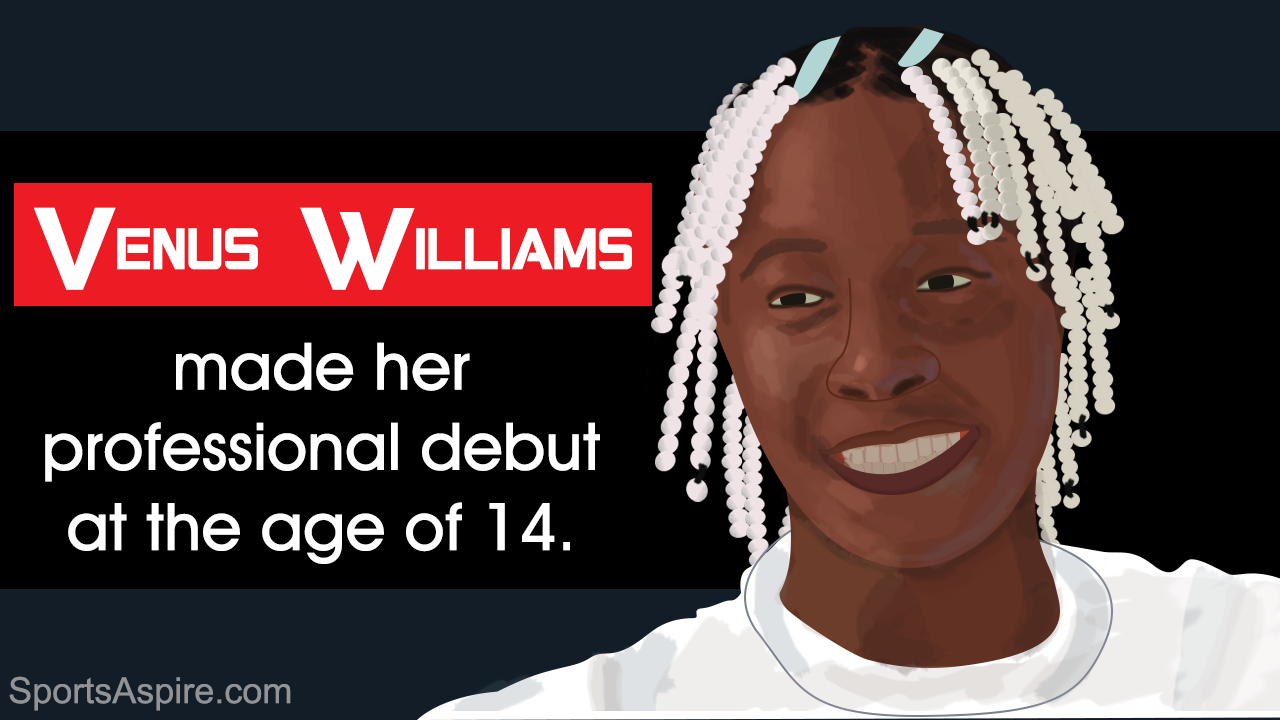 A compilation of some Venus Williams facts which trace her journey in the realms of professional tennis – right from her debut at the young age of 14 on 31st October, 1994, to her recent accomplishments. Read on…

Venus Williams holds the record for the fastest serve in women’s tennis – a feat she achieved at the 2008 Zürich Open wherein she clocked an amazing speed of 130 mph with her impressive serve. Even though this serve tied Venus with the Dutch tennis player – Brenda Schultz-McCarthy for the fastest serve in overall women’s tennis, the fact that she achieved this feat in a main draw event, while Brenda Schultz-McCarthy did it in the qualifying tournament (the 2006 Western & Southern Financial Group Women’s Open qualifying tournament), makes Venus the fastest serving women’s tennis player in the world.

One of the greatest women’s tennis players of the world – Venus Ebony Starr Williams was born on 17th June, 1980, at Lynwood, California, U.S. She was the second youngest of the five daughters born to Richard Williams and Oracene Price. The fact that her parents were associated with the game of tennis played a crucial role in Venus making it to the tennis court along with her younger sister Serena Williams.

Both of them dominated the tennis arena right from the word go – with Venus making it to the No. 1 rank on three different occasions and adding an Olympic gold medals as well as seven singles Grand Slam titles to her list of achievements. Given below are more of such facts about Venus which will give you an insight of her on-field achievements.

Other than all these on-field accomplishments, Venus Williams is also quite popular when it comes to fashion. She has her own interior design firm – ‘V Starr Interiors’, based at Florida. In 2007, she teamed with retailer Steve & Barry’s to introduce a new line of clothing – EleVen. In 2010, she launched her first book, which she co-authored with Kelly E. Carter, ‘Come to Win; on How Sports Can Help You Top Your Profession’.

All these facts stressed on Venus Williams information with reference to her on-field achievements which made her one of the stars in the women’s tennis. An impressive career record of 585-143 (80.5 percent) in singles and 149-23 (86.7 percent) in doubles, 43 singles titles, 19 doubles titles and 2 mixed doubles titles, 3 Olympic Games gold medals, a place in Forbes 100 Most Powerful Women in the World, the ESPY Award for Best Female Tennis Player on three different occasions (2001, 2002 and 2006), Women’s No 1 ranking on three different occasions…… the list of her achievements is quite lengthy.

Add to it her stint as the CEO for her interior design firm ‘V Starr Interiors’ and her brand endorsements, and the list of achievements becomes even more impressive and too lengthy to fit in one write-up; perhaps something like a Venus Williams biography would be a better bet.