Volleyball Drills and Routines That Middle School Kids Will Enjoy

Volleyball drills play a huge role in team building and increasing tactile levels, especially in kids. Read the following SportsAspire article and find out more about such drills for middle schools. 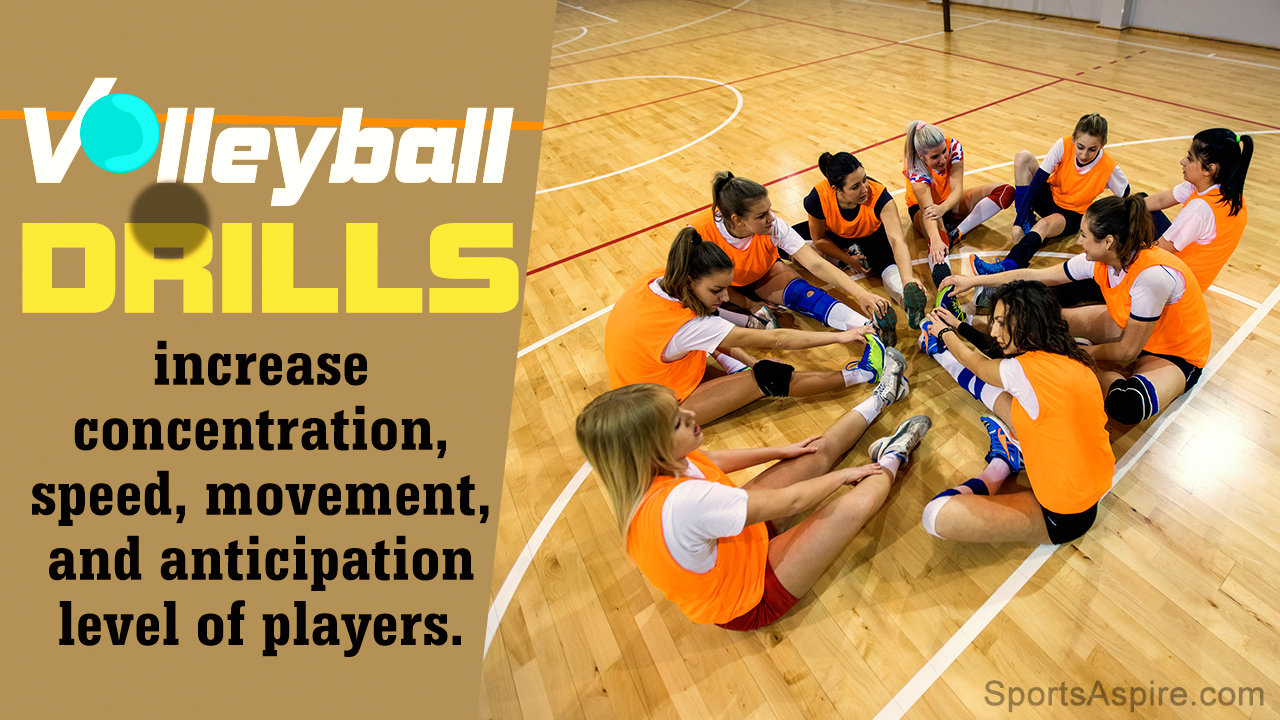 Volleyball drills play a huge role in team building and increasing tactile levels, especially in kids. Read the following SportsAspire article and find out more about such drills for middle schools. 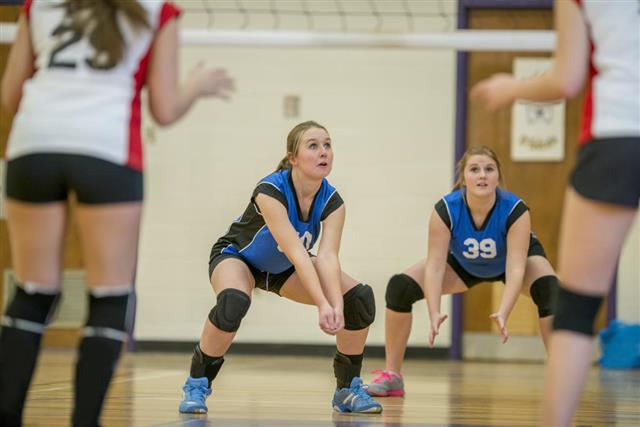 Most of the school-going kids enjoy playing volleyball. It is one of the most refreshing games and can be played by youths as the best overall physical exercise. Many kids have the flair of playing exciting games like volleyball quite efficiently. Some of them also get serious about pursuing volleyball as a career. Along with getting familiar with volleyball terms and rules, such kids also need to polish their volleyball skills and start practicing as hard and as soon as they can. This very fact is really crucial for middle school as well as high school volleyball players. Performing drills of this game is the best thing to increase stamina, brush up skills, and build an excellent team of volleyball players.

In order to learn how to play volleyball, you need to make yourself aware of all the volleyball rules and positions first. Once you do that, then you also need to make yourself strong enough to play a great game of volleyball. Volleyball drills fall under the developmental category of volleyball skills. During drills, players need to practice similar volleyball moves and passes in a repeated manner for a longer period of time. It is really important for the sake of reinforcement and repetition. Volleyball drills increase concentration, timing, speed, movement, anticipation level, communication skills, and skills that are required for working as a team. Every coach will have his own plans for specific drills. However, most of those drills may include:

In order to perform such volleyball drills, three passers need to line up in either serving or receiving volleyball positions. Players should keep their hands behind their backs. Then, the coach or the trainer will toss the volleyball towards them, from the other side of the net. Once the ball is tossed, the players should try to let the ball bounce through their legs. This drill will definitely improve their movement and speed of passing. This is the reason it is one of the most important volleyball passing drills that teaches them to move their feet, even before their hands.

Similar to what is mentioned above, three passers from the middle back, right back, or left back should line up. Similar number of hitters should line up in the left front, right front, or middle front. Then, you also need to place a shagger at the other side of the net and a setter on the target. Once everyone takes positions, the trainer will first pass the ball to the passers and then the passer will pass it to the target. Setters will set the hitters and shaggers will shage and place the ball in the cart. Apart from interchanging the positions of hitters and passers, you can also involve defenders into the play. This is one of the excellent volleyball drills for high school as well as middle school.

The trainer has to divide players into two teams. Amongst the two teams, the first team will lie down on one side of the court. They need to move and escape the hits passed by the second team. Each member of the serving team tries to hit one player at a time out of those who are lying on the other side of the ground. Each throw that hits the target will get 2 points, while the ball landing on the ground will get 1 point, and the ball getting into net or off getting out of the court will get -1 point. Switch the teams once all the serves are done! This is one of the fun volleyball drills for school kids.

If you are in search of volleyball drills for middle school girls, then this is the perfect exercise for you. This drill is also called belly run through, in which three players need to lie flat on one side of the ground (facing the nets). Other three players should stand just in front of the net, facing the players who are lying down. Then each player should trough ball at a mid point between him and the player lying down in front of him. As soon as the ball is passed the player needs to get up and toss the ball to the other side of the court and again take his/her initial position (lay down). The same process should be repeated for a few more rounds of tossing.

Along with learning volleyball positions on the court, having a good reflex action, brisk movement capacity, and team coordination are a few important things that make a good volleyball player. 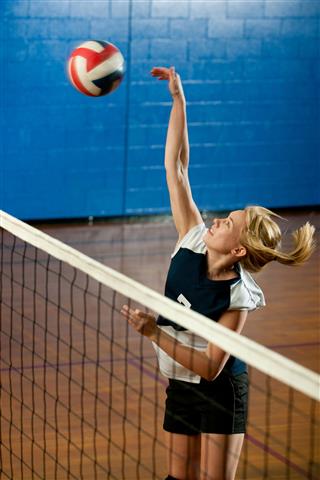 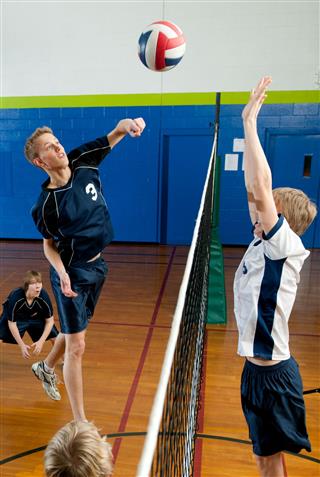 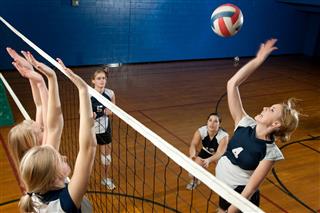 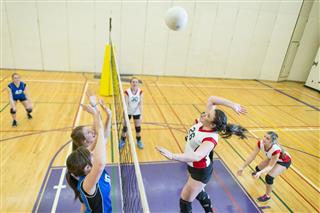 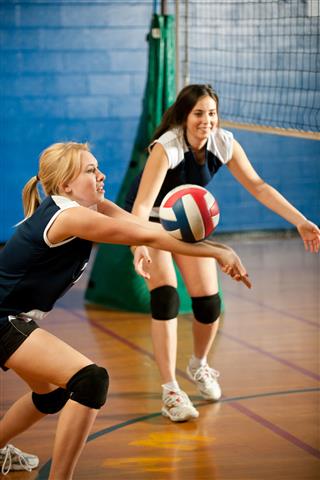 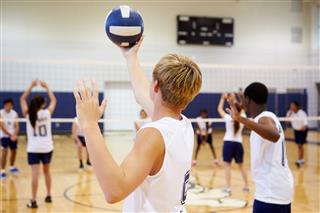 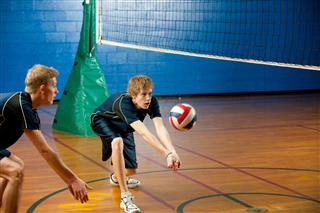