Ever Wondered How Do the ATP Tennis Rankings Work? We’ll Tell You

For die-hard tennis fans, understanding how the ranking system in tennis works may be a piece of cake. However, the ATP rankings are not as straightforward as they seem. Someone new to tennis will surely struggle to comprehend the ranking system, and how it works. In this SportsAspire article, we try to simplify things by giving a basic explanation of how tennis players are ranked.

Home / Uncategorized / Ever Wondered How Do the ATP Tennis Rankings Work? We’ll Tell You

For die-hard tennis fans, understanding how the ranking system in tennis works may be a piece of cake. However, the ATP rankings are not as straightforward as they seem. Someone new to tennis will surely struggle to comprehend the ranking system, and how it works. In this SportsAspire article, we try to simplify things by giving a basic explanation of how tennis players are ranked. 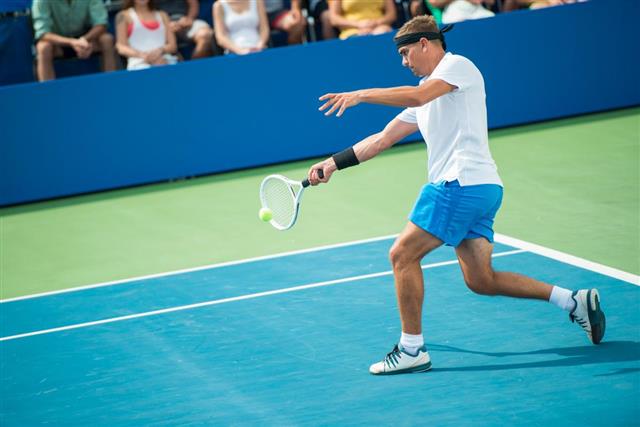 Most tennis fans are seen scratching their heads when they learn that their favorite player has dropped down the rankings, even though they did not lose any tournaments in the past few weeks. For those who do not try to understand how the ATP ranks tennis players, it can be downright confusing to see players move up and down the rankings, irrespective of the tournaments they play, or for that matter, don’t play.

Well, if you thought that professional tennis players were ranked randomly, think again. There is a confusing system in place that decides which ranking a player gets, and in the following paragraphs, we try to explain that in a very simple manner.

How are Tennis Players Ranked by the ATP?

As mentioned, the ATP ranking system is a bit confusing to explain properly. Of course, a player gets points for the tournaments he plays in, and the points for those tournaments keep increasing as the player progresses in the tournament. For example, consider a tournament which has four rounds, a quarter final, a semi-final, and then the final. Players will receive more points the further they advance in the tournament. So, a first round loser might get 5 points, while a semi-final loser might get 200 points. The winner, of course, gets the highest number of points. The points are ATP Ranking Points, and are used to determine the rankings for the year.

The second twist that makes this ranking more difficult to understand is the concept of the ‘rolling point system’, along with the amount of titles considered to ranking points. The rolling concept is something where the points that a player earns from tournaments are kept till the next time those tournaments occur, i.e. one year, When he competes in that tournament again, his performance in that tournament will determine his points. Confusing? Let me explain with an example. Let’s say a player wins the 2009 US Open title. For that he gets 2000 ranking points. These 2000 ranking points stay with him till the 2010 US Open, where his performance in the 2010 US Open will determine the ranking points he gets. If he wins the title again, then he ‘retains’ or ‘defends’ his 2000 points. However, if he loses in the semi-final, he gets just 1000 points, thus effectively losing 1000 points of his previous year’s 2000 points. If he cannot play in the tournament, he is unable to defend his points and loses them all. This system is calculated for all tournaments, based on a 52-week ATP calendar.

Based on all these factors, the ATP ranking system is determined, and players are ranked for the year. With the current 52-week rolling policy in place, it has become more difficult for players to earn points. They have to be consistently winning tournaments to be highly ranked, as the ranking does not have any start and end dates.