Like any other sport, basketball has its own set of terms and nomenclature that a layman would not understand. Reading this article will give a good insight. 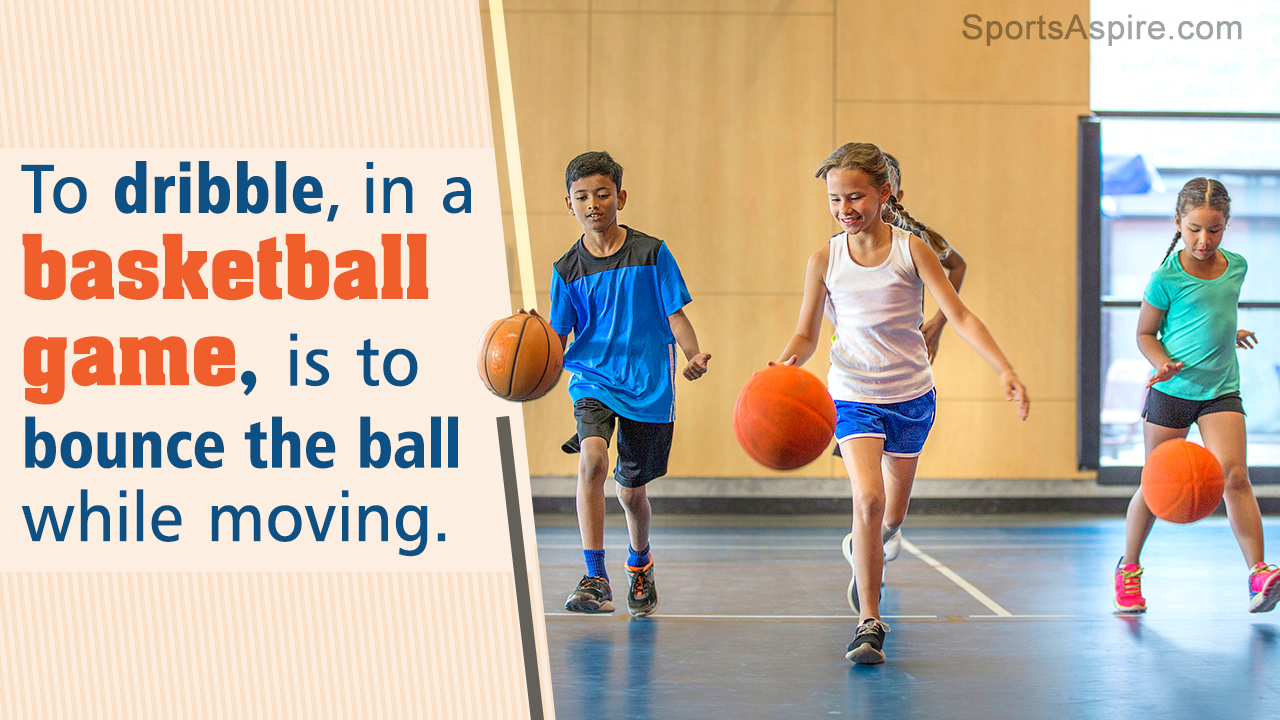 Like any other sport, basketball has its own set of terms and nomenclature that a layman would not understand. Reading this article will give a good insight.

There are many terms and meanings used in every sport that any player or follower of the game must be aware of. This improves the understanding of the game while playing or watching it, and also enables one have a better comprehension of the commentator’s speech used in the game. They are also helpful for a child who is beginning to develop an interest in the game, and wishes to learn all the basic words and definitions of the sport.

Basketball is watched by many people, and the National Basketball Association (NBA) has millions of viewers and fans all across the world. While watching a game one comes across many terms, and it helps to know what all these terms mean.

Here is a list of basic words and definitions for you that will help you learn more about this fascinating sport. This is not a complete list of all technical words, but it should help you develop a basic understanding of what the commentators are saying.

Vocabulary and Definitions in Basketball

AIR BALL: This is an unblocked shot that does not touch the board or the hoop. The shot clock does not get reset once this shot is played, unlike a normal shot.

AIR PASS: A direct pass to a receiver that does not touch the ground.

ASSIST: A pass to a teammate that results in a successful shot immediately after one dribble.

BACKCOURT VIOLATION: The backcourt is the half of the court that belongs to the team that is attacking. If the ball reaches the frontcourt and is then taken to the backcourt it is a violation. Also, if the ball is not taken out of the backcourt within 8 seconds, it is considered a violation in the NBA.

BANK SHOT: A shot that hits the board before going through the basket.

BASE LINE: Also known as the end-line, this is the line that marks the boundary of the court on either end where the basket is present.

BLOCK: To get a hand to a shot which results in the shot not going through the basket.

BOUNCE PASS: A pass that reaches a teammate after bouncing on the ground.

CENTER: This is one of the 3 standard positions that a player can take. It is situated right under the basket so that he can collect rebounds.

DOUBLE DRIBBLE: A violation where the player dribbles the ball using both hands.

DRIBBLE: To bounce the ball while moving.

DUNK: A trademark basketball move where the player jumps high enough to reach above the basket, and then slams the ball into the basket with either one hand, or both hands.

FORWARD: This is also one of the 3 standard player positions. The forwards primary task is to score as much as possible.

FREE THROW: The chance to score one point, via an unopposed throw from the free throw line. A free throw is the direct result of a foul while the other player is shooting. Depending on the location of the shooter, he will either get 2 free throws, or 3 free throws.

FOUL: The act of gaining an advantage through extremely physical means, or the act of committing one of many violations.

HALFTIME: The period of rest between the two halves of the game.

JUMP SHOT: A shot that is taken while jumping on one spot.

LAYUP: A shot that is taken while the player is running, in order to get as close to the basket as possible.

OFFENSIVE FOUL: A foul committed by a player belonging to the team that is attacking, and is attempting to score.

PASS: To give the ball to a teammate.

PIVOT FOOT: The foot that stays stuck to the ground while the player rotates his body to find a pass.

REBOUND: To collect the ball after a player has taken an unsuccessful shot. The rebound can be collected by the attacking team or the defending team.

SCREEN: To block a defending player from reaching a teammate by standing in front of him. A screen must remain stationary, and if the screen moves it is a violation.

SHOT CLOCK: 24 seconds is the amount of time a team must take to make the ball touch the basket or to score. If the team is unable to do so within 24 seconds, the shot clock is said to run out.

TECHNICAL FOUL: A serious foul committed by a team, after which the fouled player gets a free throw and the fouled team gets to keep possession whether the player makes the shot or not.

THREE POINTER: A shot that fetches 3 points, because it is taken from outside the three point line.

TRAVEL: To move one’s pivot foot while making a pass.

TURNOVER: A loss of possession by one team.

VIOLATION: Breaking the rules of the game, resulting in loss of possession.

These should give you a basic understanding of the game, and should help you follow what is going on during a game.