Muhammad Ali has been an icon to millions of people all over the world. He not only touched the hearts of people by his deeds as champion in the ring, but also out of it. Simply known as 'The Greatest', he is also a great philanthropist. 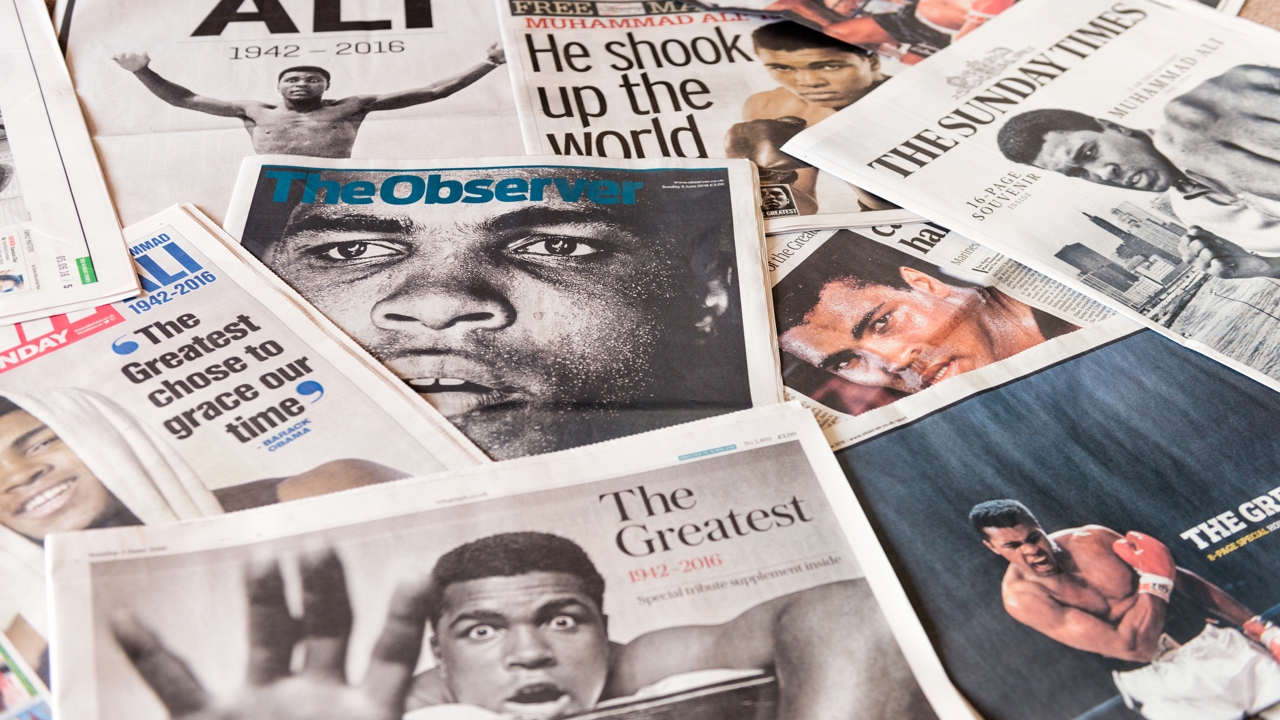 Muhammad Ali has been an icon to millions of people all over the world. He not only touched the hearts of people by his deeds as champion in the ring, but also out of it. Simply known as ‘The Greatest’, he is also a great philanthropist.

Some of the greatest boxers, including Mike Tyson have been street fighters before they took to boxing. In the case of Muhammad Ali things were different. He was born Cassius Clay in Louisville, Kentucky. When he was twelve years old, his bicycle was stolen and he went to the local police station to complain. The local policeman Joe Martin was the boxing coach for the area. He suggested that Cassius learn boxing to ensure that people do not take advantage of him again.

Under the aegis of Joe Martin, Cassius progressed rapidly. His idols were Sugar Ray Robinson and Archie Moore. He went on to win the gold medal in the Rome Olympics in 1960 as a light heavyweight boxer. In boxing, glamor and fame are bestowed only on professional fighters. Cassius Clay wanted a piece of that action. He began training under boxing legend Angelo Dundee.

The year he turned professional Clay showed the world a glimpse of what was to come, when he had a six round victory over Tunney Hunsaker in his first professional fight. After a series of victories, it was time to step up to the plate. It was time to fight the most famous fighter of the era―Sonny Liston. All the money, most of it mob-owned, was on Sonny, considered to be a fighter who seriously maimed most of his opponents. There was little interest in the match, because everyone thought that Liston would give the young upstart the beating of his life. By the seventh round it was all over, Cassius Clay had beaten Sonny Liston.

It was around this time that Cassius Clay had become increasingly disillusioned in a white-dominated racist society. He was increasingly enamored with Islam. He converted to a Muslim and changed his name to Muhammad Ali. His style of boxing was something that was very novel. Ali’s hands would always be at his sides, not covering his face. He relied on razor-sharp reflexes, dancing feet, and great reach. His style was described as ‘Dance like a butterfly and sting like a bee’. Another big difference between Ali and conventional boxers was that most of his punches were aimed at the head and not at the body.

One of the instances that is undisputed proof that he was greatly concerned by racism, was when a white man was refused entry into a black church. Mohammed Ali threw his 1960 Olympic gold medal in to the Ohio River.

One of Ali’s next fights was with an aging Zora Folley. Every punch was on target and landed with great intensity. This is considered by many to be Ali’s best ever performance. Muhammad Ali’s rise was so fast that controversy could not be far behind. He refused to take part in the war in Vietnam, saying that “No Vietnamese ever called me a nigger.” His license to box was revoked, and he was sentenced to five years in prison. The sentence was overturned after three years. Muhammad Ali had lost three of his prime boxing years.

When he returned to the ring, he had a lot to prove to the world. The champion was George Foreman, an undefeated, heavy punching American. The Ali-Foreman fight was to be held in Zaire, and was dubbed as ‘The Rumble in the Jungle’. The fight was a technical masterpiece, with Ali trying to get away from the powerful Foreman for six rounds. This trick used by him was called rope-a-dope. Ali played the role of prey to perfection. He became predator only in the eighth round when he knocked out Foreman.

In 1975, Muhammad Ali was part of another epic battle. This time the opponent was Joe Frazier. The fight was dubbed ‘The Thrilla in Manila’. This was a fight to the finish. Frazier was one of the most technically accomplished fighters of his era. Ali won by TKO in the fourteenth round.

In 1979, Muhammad Ali retired from professional boxing. But the lure of the ring would not go away. He returned to fight a shoot match against a Japanese wrestler called Antonio Inoki. In another match, which many people regard as a mistake, Ali fought against his former sparring partner Larry Holmes. Ali had grown old and fat, he did not stand a chance against the much younger Holmes. A medical check up after the fight revealed that he had a hole in his brain’s membrane, and his speech was slurred.

In 1984, Ali was diagnosed with Parkinson’s disease. He was in his early forties. In 1999, his daughter became a boxer. Laila Ali went on to become one of the best woman boxers of all time. She went on to defeat Joe Frazier’s daughter.

The amount of respect that is there all over the world for Muhammad Ali is enormous. He was called in to negotiate the release of kidnapped Americans in Lebanon in 1985. In 1996, he lit the Olympic torch in Atlanta.