Bo-Taoshi is an obscure Japanese sport or game that has some similarities to Capture the Flag. With teams of 150 people, however, Bo-Taoshi is consistently rowdier and more dangerous. This post describes the rules of the game. 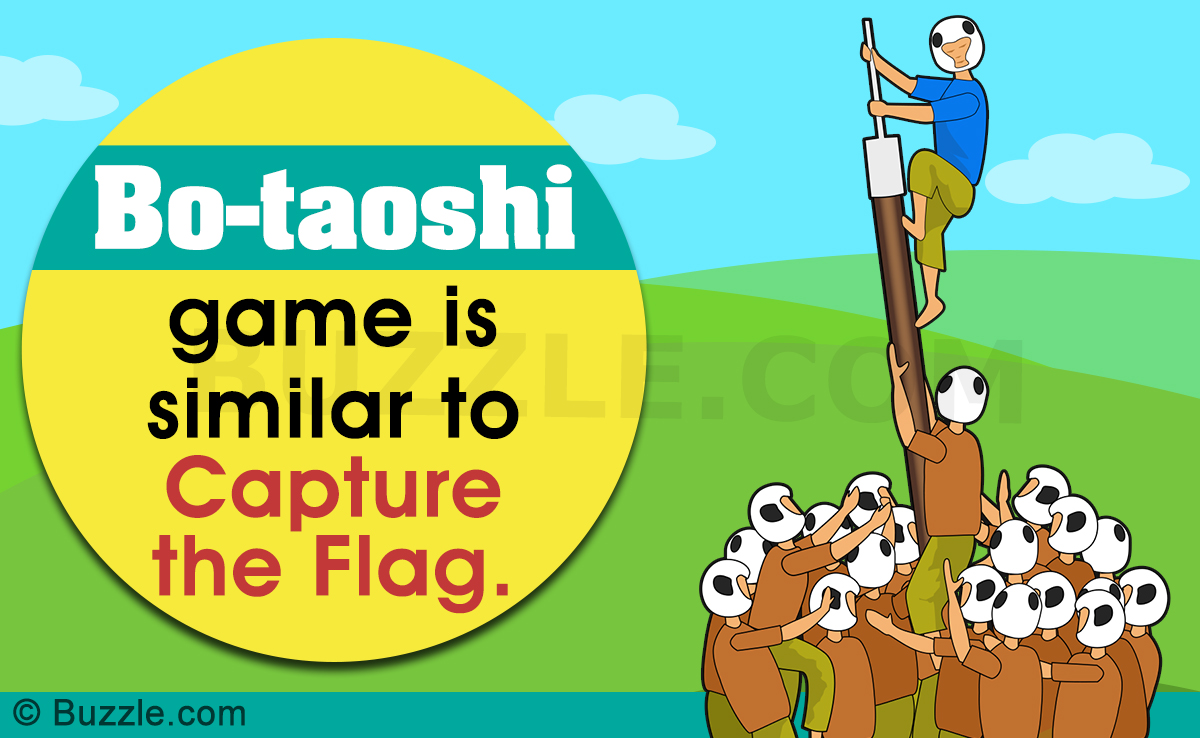 Bo-Taoshi is an obscure Japanese sport or game that has some similarities to Capture the Flag. With teams of 150 people, however, Bo-Taoshi is consistently rowdier and more dangerous. This post describes the rules of the game.

Like many elements of Japanese culture, Bo-Taoshi is little known and even less understood outside Japan. Somewhere between a game and a sport, Bo-Taoshi is played at schools and military training academies around the country. In fact, it was originally designed as a military training exercise. In the U.S. we might compare it to the shoe-toss event that’s a staple of school field days, but Bo-Taoshi is quite a bit more complex than that. In terms of rules and gameplay, it’s much more similar to Capture the Flag, with some elements of rugby. Literally, the name means “pole bring-down,” and in a way that name summarizes the sport quite well.

The object of Bo-Taoshi is, as the name suggests, to bring down the other team’s pole. More specifically, in order to win, a team must bring the pole down to a 30 degree angle with respect from the ground (and it starts perfectly upright). It sounds simple enough until you learn that Bo-Taoshi teams consist of 150 people. So, there is a total of 300 people trying to get into the right position, distract the other team, and somehow lower a rather short (10-16 feet) pole to the ground.

Bo-Taoshi teams consist of 75 offensive players and 75 defensive players. With that many players on a team, having special positions and roles seems a bit insane, but there are Bo-Taoshi positions nevertheless. The offensive positions include the pole-attackers (who try to physically bring the pole down) and the springboard players (who let the pole-attackers climb on them to reach the top of the pole). The defensive positions include the ninja (who sits at the top of the pole) and pole support players (who try to keep the pole from being brought down). There are other positions, as well, but to the onlooker it can be next to impossible to tell who is who.

The experience of watching Bo-Taoshi has been described as “bizarre,” like watching a “frenzied mob,” and the word “chaotic” is frequently used to describe the game. The ninja who sits at the top of the pole can be seen kicking people who try to climb to the top, and the players surrounding the bottom of the pole form a large mob. Nevertheless, videos and articles have generated a little interest in the sport in the West. Just as it’s becoming known worldwide, however, the popularity of Bo-Taoshi may be declining in Japan. Concerns about the violence of the game have led to many schools banning its practice.

Here are a few other fun facts about Bo-Taoshi. According to the rules, it’s illegal to wear any kind of shoes while playing the game, because it would be too dangerous to climb on other people while wearing them. Helmets are sometimes worn when the game is played, although outright fighting and violence are technically not allowed. The rules prohibit the pole from being removed from the ground and stipulate that one end of the pole should always be touching the ground.

If the description of this obscure Japanese sport isn’t already fascinating, mind-boggling, or both, do a video search for Bo-Taoshi. It’s definitely worth seeing at least once, and it’s not likely to catch fire outside Japan any time soon.