A Look at the Intriguing and Fascinating History of Capoeira

A Brazilian martial art, capoeira is a combination of music, dance, rhythm, and acrobatics that was used by African slaves for self-defense. It is also played as a game. This article provides some information on its historical origins and popularity. 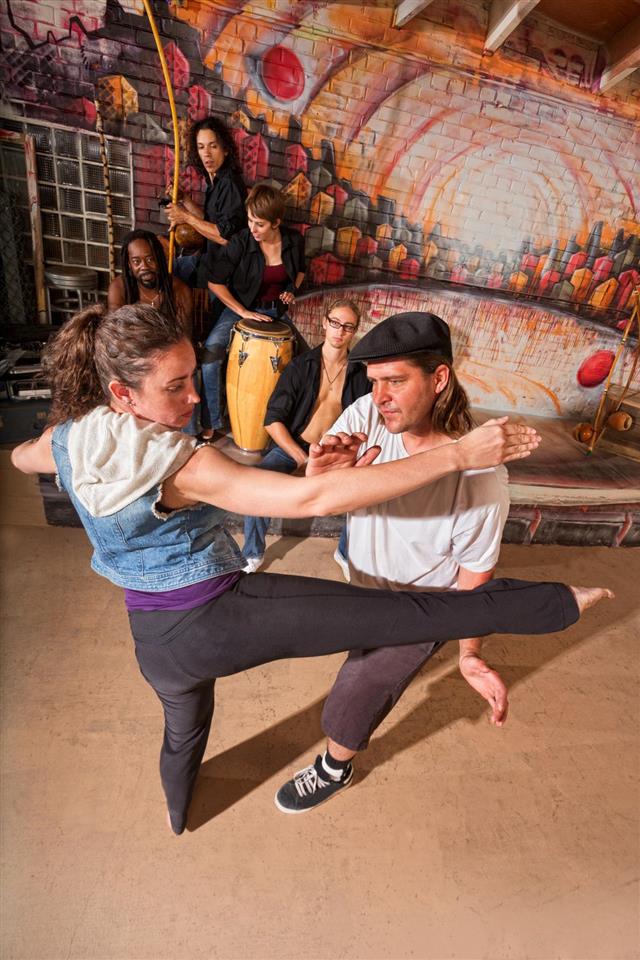 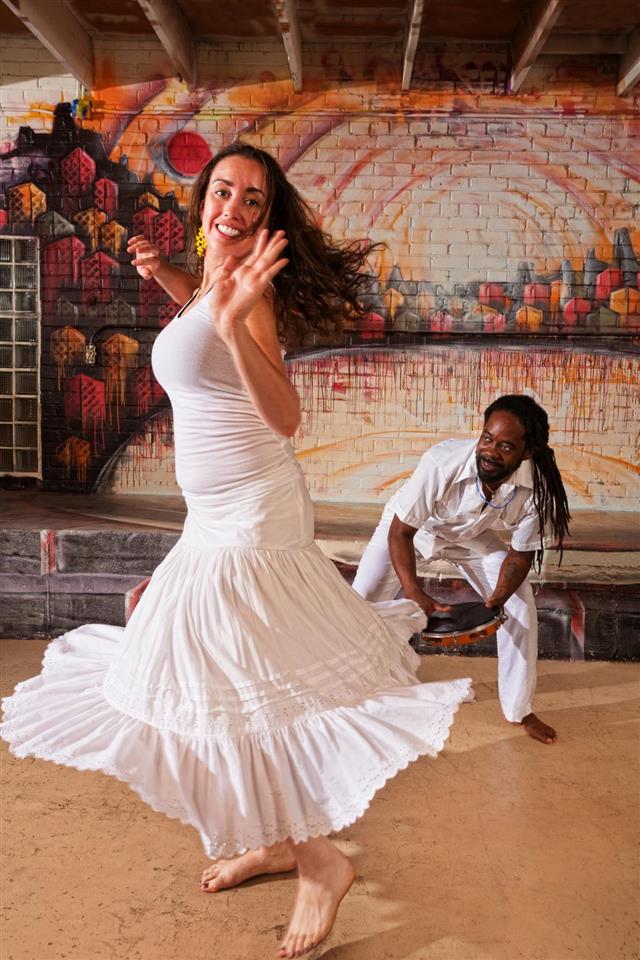 Created by the Africans residing in Brazil as a solution to the problems faced by oppressed African slaves, Capoeira is an Afro-Brazilian art form that essentially comprises martial art techniques incorporated with dance and music. To perform this art, the basic requirements are those of strength and flexibility. It is performed in a circle, where members play a song on an instrument, sing, or dance in pairs amid the circle. Let’s learn about the early history of this form of martial arts and find out what made it popular enough to continue to this day.

The History of Capoeira

It goes back to the time when Brazil was a Portuguese colony that was known for its sugar plantations and silver mines, which employed black African slaves. Capoeira emerged as a way of fighting the oppression faced by the African slaves in Brazil. The movement for freedom brought together various African communities in Brazil. As a way of rebellion, the slaves killed their white masters, and burnt down the plantations they worked in. In order to prevent arrest, the slaves sought refuge in mountains near the city of Recife. They received great help from the Indians in and around the area. In their endeavor to flee, they discovered an area that was rich with palms. They named it Palmares and started their own African community in this area. Thus, this martial art form originated as a result of different African tribes coming together to share and discover their rituals, dance forms, and games.

Soon, this form of martial art became a way of rebellion, a symbol of freedom, and a trademark of the slave movement in Brazil. Another influence on its history came when Holland attacked Brazil, to take it over from the Portuguese. The Africans further weakened the Portuguese by employing this martial form against them, which involved surprising and ambushing their opponents with fast movements. In essence, Capoeira was a martial art, but the music and dance had been introduced into it to make it appear less violent. The African communities began to impart the knowledge and techniques among their members. This lethal form of attack finally led to the abolition of slavery in Brazil, in the year 1888.

This art form became a way of life for several Africans in Brazil, even though slavery had been abolished. Capoeiristas, or people who performed this art, found jobs as bodyguards, and it became a helpful tool in strengthening the police services and other security services. Even so, people remained wary of this art form, and continued to believe it to be a persistent political threat to the country. This led to the establishment of a law to eliminate all Capoeiristas from the country. However, this law was met with strong opposition, and finally the ban on Capoeiristas was lifted, when Brazil was at war with Paraguay, which was won only due to the efficiency of the army that predominantly comprised blacks who were trained in this art form. It was finally accepted, as the inclusion of song and dance made it appear more like a folk ritual than a technique of attack and defense. Another chapter was added to its long history when, in the year 1937, after formally accepting this technique, the first Capoeira school was established, and it was also declared a national sport.

What started out as a rebellion has now become a great route to overall health and fitness. There are several schools all over the world that teach this martial form. However, to perform it, one must develop his/her resistance as it is a very demanding sport. It consists of several flips and other movements that require the upper body to be strong. It is advisable that students who have just begun, start out slow, and slowly develop their skills, as they might be prone to injuries and muscle pulls.

Several historians argue that this form of martial arts has actually emerged from Brazilian dance, and was originally a traditional Brazilian dance form. They further argue that this dance form was later adapted to incorporate fighting techniques that originated in the African community. Though there might be conflicting theories about the history of this Brazilian art form, one can safely say that this art form is certainly incomplete without the inputs and contribution of the Africans. 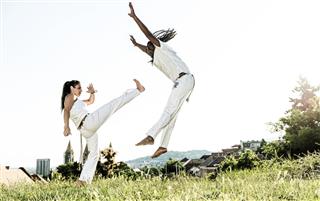 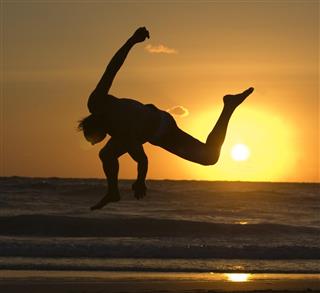 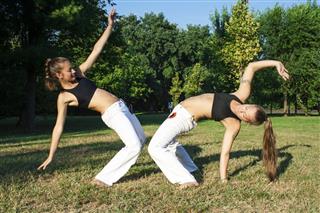