The first American Football university/college game, the initial sporting environment to witness the birth of cheerleading, was held in 1869 between Princeton University and host school Rutgers University located in Piscataway, New Jersey, Northeastern USA; setting the stage for cheerleading to begin.

The first American Football university/college game, the initial sporting environment to witness the birth of cheerleading, was held in 1869 between Princeton University and host school Rutgers University located in Piscataway, New Jersey, Northeastern USA; setting the stage for cheerleading to begin. 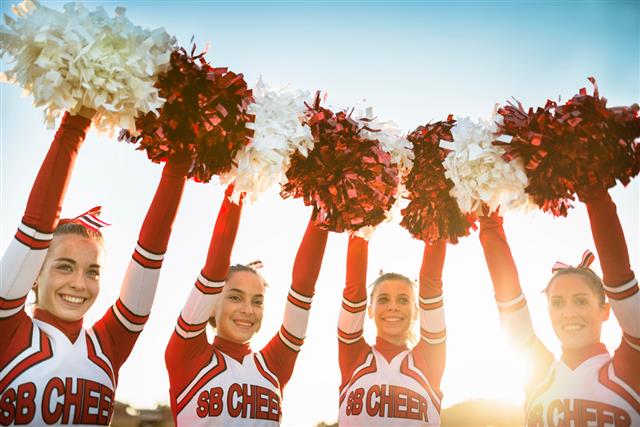 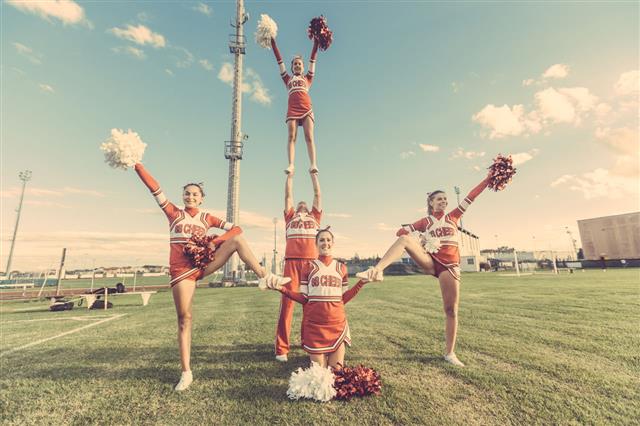 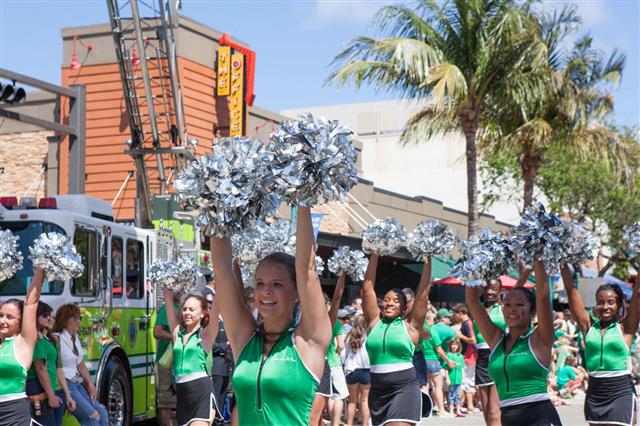 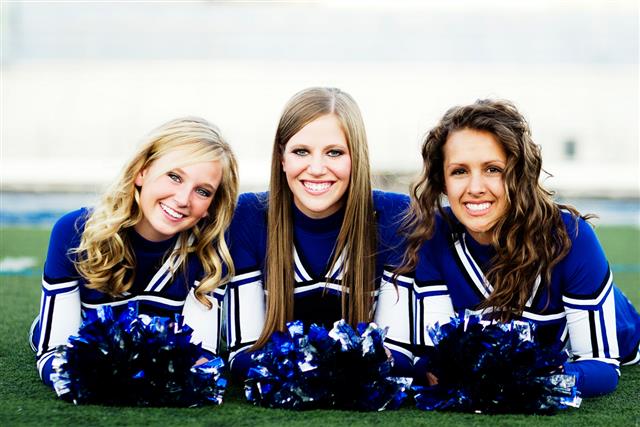 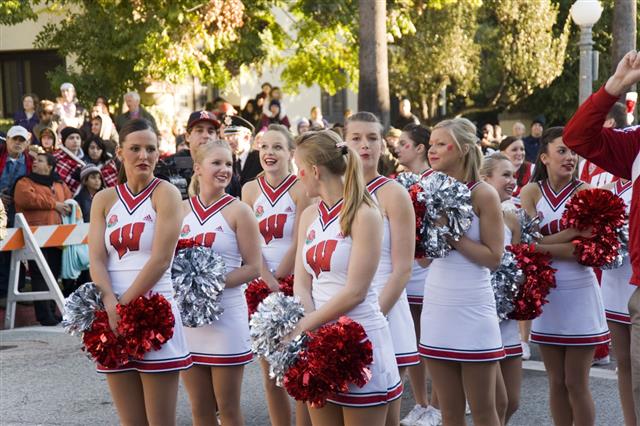 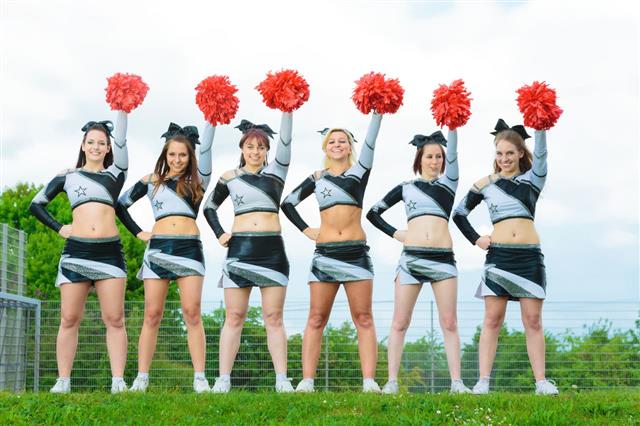 Picture this – there’s a football match about to start. The spectators are in a gala mood, waiting for their favorite team to come out and conquer their rivals. Players of both teams stand face to face opposite each other on the playground. There is tension in the air as the rival teams give each other those “I’ll get you” kind of a look. It is at this point that cheerleaders make a grand entry and start the cheerleading cheers and chants routine. With the appropriate use of cheer words, they are able to add to the crowd’s enthusiasm and anticipation as well as motivate their team simultaneously.

Cheerleading has always been a popular sport in schools and colleges. Today, all major sporting events in the world start with good-looking, fit girls dancing on such cheers and chants. Looking at its popularity, many young kids and teens want to take up cheerleading as a profession when they grow up.

So, if you are someone who is getting ready for a cheerleading tryout in your school or someone who is already a pro at pepping up but wants to try out something unique this time, given below are some attention-grabbing cheers for kids, teens, and adults, which are just what you need.

■ Stand up,
It’s time to shout
Come on fans,
Yell it out
Say it loud
Say it proud
Go your (School Name)
Go! Go! Go!

■ “We’re here to cheer our winning team,
Come on, everybody scream!
Feel the spirit movin’ in
Cause tonight we’re gonna win!
Say it proud, say it loud, E-H-S!
One more, E-H-S!”

■ Explosive! Dynamic! Sure to pass the test!
We explode with spirit, and eliminate the rest!
Hey! Get ready for the best you’ve ever seen!
Blue, Gray, and White are back again that’s right!
Shocking the nation, the team you won’t beat!
The pride of Virginia, BCS!
We’re determined, believe it! We will achieve it!
Excellent perfection, (pause, pause) No exception!
Total domination! Complete Devastation!
We’ll hypnotize you, mesmerize you, Right before your eyes!
Superior ! Elite! The team that can’t be beat!
Believe it, you’ll see, we’re the best there can be!
Cowboy fans we’re here, so stand up and cheer,
Yell Blue! Blue! Yell Gray! Gray! Yell White! White
Put them all together, yell Blue, Gray, White! Blue, Gray, White!
The Blue Star tradition will last forever,
You think you are good, We’re better!

You are sure to enthrall spectators and enthuse your team to win. So go ahead, dance to these cheerleading chants, and spread the cheer! 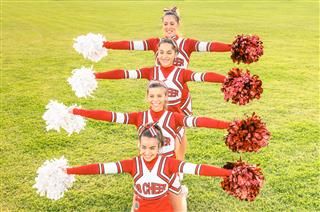 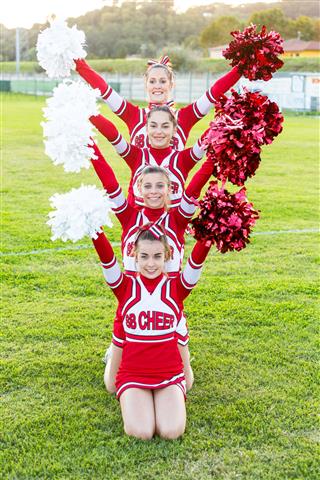 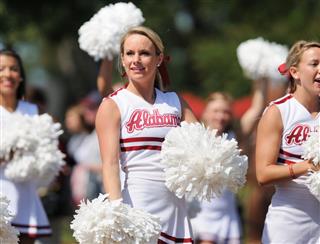 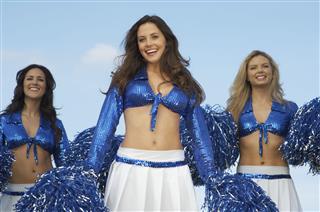 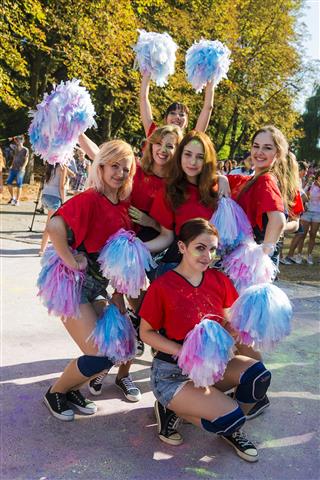 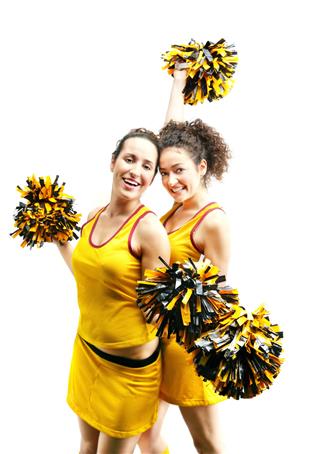