Being in love and being a famous sports celebrity does not go hand in hand in most cases, and there are very few instances where such couples actually last the distance. Here are some famous pairings that have been together temporarily or permanently, and have created a stir in the process. 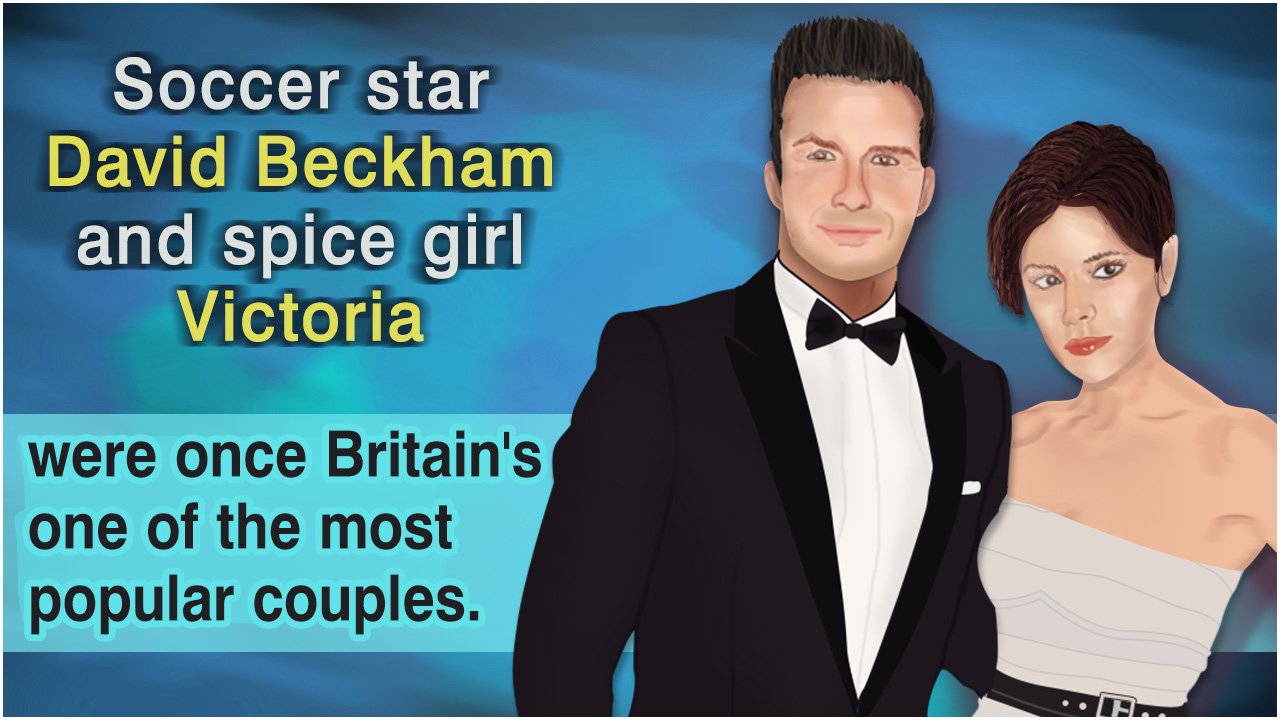 Being in love and being a famous sports celebrity does not go hand in hand in most cases, and there are very few instances where such couples actually last the distance. Here are some famous pairings that have been together temporarily or permanently, and have created a stir in the process.

Famous sportsmen and sportswomen from all around the world have long held our fascination for living glamorous lives and getting paid tons of money for playing our favorite games. But behind all the glamor and flashlights are long hours of struggle, loneliness and personal failures that are known only to them. This side is never shown to the public eye, and the only people who can truly understand the pressures involved are fellow sports personalities. As a result of this, hookups and marriages between sports personalities are inevitable, and they always end up capturing the watching world’s imagination like nothing else.

Celebrity couples have always held a very special place in the minds of people, and when both members of such couples are famous sports stars, things get even more interesting. Everyone wants more details about how the couple met, where they go, how they feel about each other and how their entanglement is affecting their performances. Newspapers and journalists build up these couples with the most romantic notions only to watch most of them crumble under the pressure, because ultimately, the stress gets to them all.

These couples are listed in no particular order. Their involvement with each other has been the source of much entertainment and controversy for many parties, and how they have managed this stress is commendable. Moreover, the couples here also include pairs with one member a sports personality and the other a celebrity.

When it comes to tennis none can match this high profile sports couple. They met on the winners ball in the French Open in 1999 and started dating. They married in 2001 and are now the proud parents of a son and a daughter. They currently reside in Las Vegas and are rarely seen out together. This is undoubtedly the first couple that pops to mind when one wonders about couples in the sporting world.

Casillas is the captain of Real Madrid FC and is also the captain of the successful Spanish football team that won Euro 2008 and the last edition of the World Cup. He is also the most capped goalkeeper in the UEFA Champions League, so his love life will definitely create headlines everywhere. Carbonero is a famous sports journalist in Spain and was recently voted the ‘The Sexiest Reporter in the World’. They are dating each other and their public appearances cause many a stir around the world today.

It is very rare to find a couple that plays in the NBA and the WNBA, and this couple achieves just that. Williams is a retired basketball player who played for the New York Knicks, and he was famously known as ‘The Landlord’. Candace Parker plays for the Los Angeles Sparks and is one of the most recognizable stars of the WNBA. Along the way she has broken several rookie records and she also happens to be the younger sister of Tony Parker. They were married in 2008, have one daughter and are leading a healthy married life away from the spotlight.

This couple has been together since 2009 and recently got engaged as well. Sharapova was the heir to Anna Kournikova’s title of most attractive Russian female tennis player, and she actually won titles to back this up as well. She was the world number 1 for a long time, and she is still only 24 years old, so her tennis career is still wide open. Vujacic is a professional Slovenian NBA player and he plays his trade for the New Jersey Nets.

When it comes to athletic couples, it truly does not get better than this. Garciaparra is a former baseball player famous for his time with the Boston Red Sox. He was also on the Olympic team for his sport, and so was his wife, Hamm, for soccer. She is one of the most popular women soccer players in the world, and she also happens to be a world champion and an Olympic champion. The couple regularly stays away from the spotlight. They were married in 2003 and had twin girls in 2007.

The Brazilian Ronaldo was a true phenomenon in his time as a soccer player, and if not for his serious knee injuries, he would have surely been known as the greatest player ever. Apart from his dazzling skills on the field, he was also famous for scoring off the field. His flamboyant lifestyle led to several hook ups, and none could perhaps match up to his marriage with Domingues, the most expensive female soccer player in Spain. Their marriage lasted 4 years, and in that time they played for Real Madrid and Atletico Madrid respectively, and the flashbulbs and paparazzi literally followed their every move.

Some more couples are listed below as well.

These were just a few of the celebrity couples that were involved in the sports world and as you can see, most of them could not work it out for various reasons. This just goes to show how hard it is for such couples to actually be together, and this is what feeds the newspaper columns and the gossip magazines from all corners of the world.