Interesting Tournament Formats for a Fun and Exciting Day of Golf

Golf tournaments do not have a single, common format. There are many types that can be played. Here's more...

Golf tournaments do not have a single, common format. There are many types that can be played. Here’s more… 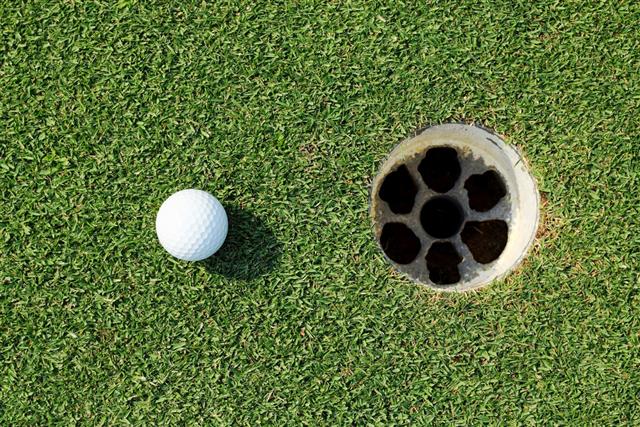 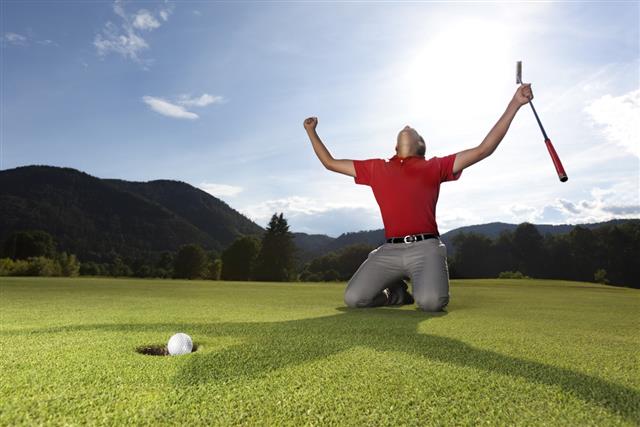 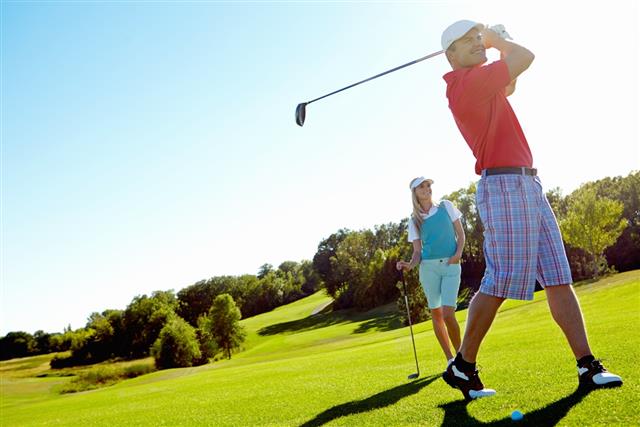 Tiger Woods is perhaps synonymous to golf. You name a tournament and it has never happened that he has not excelled in it. Be it the PGA Championship, The Masters or the US open―the Tiger has always roared. And that too, by adjusting with the bizarre and varied formats of golf.

There are around 10 formats of a golf tournament. These are played at times ranging from association playdays to company outings.

Scramble: This is best suited for around 2 to 4 participants in each team. It is mostly opted for team tournaments. It progresses by choosing a single best shot following a stroke. The team member then hits a shot from that spot.

Alternate Shot: This is best suited for a two-person team. Members of both the teams take turns alternately, and hit the same ball.

Best Ball: All the players play their own ball on each hole. The team score is the same as the lowest score amongst all the team members.

Bingo Bango Bongo: It is one of the most popular formats as far as golf association and league tournaments are concerned. If you are the first player to get to the green, closest to the hole, and the first player in the cup, you would be given a reward.

Modified Stableford: The idea is to be the top scorer. It can be played amongst individuals or teams. Here, a score on each hole gives you specific number of points.

Callaway: This format brings people with different golfing abilities at par. It is especially effective for company outings. This gives scope for ‘handicap allowance’, which pertains to the abilities of the participants. Here, the players tee off and indulge in stroke play, and score normally, barring the exception of ‘double par’, which is the highest score on a given hole. Gross scores are tallied after that.

Chapman (Pinehurst): This is suitable for 2-member teams. It is a mixture of two or three other formats. While playing in this, after tee shots, team members shuffle balls and then select the best ball following the second shots. Then, until the ball goes into the hole, alternate shots are played.

Lone Ranger: Here, the responsibility for a good team score is on a single team player per hole. This is called the Lone Ranger, precisely for this reason―a single player per team per hole. The players rotate in a group of four. To calculate the team score, the score of a particular player is coupled with the low score of the remaining 3 in the team. 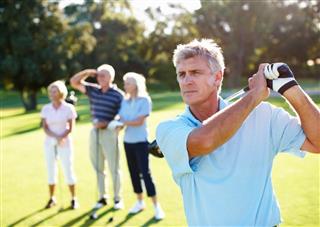 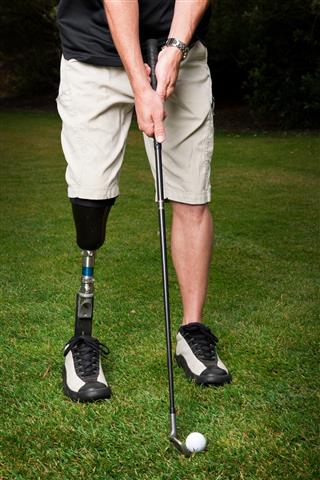 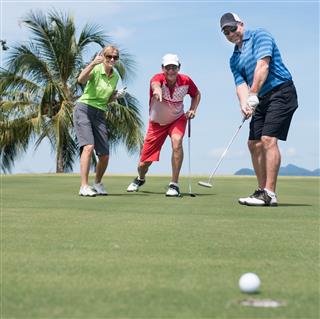 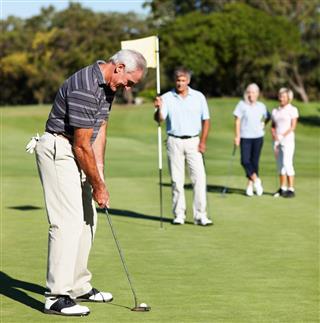