The following SportsAspire article will give you information about the balance beam event from gymnastics and the varied skills required to perform it. 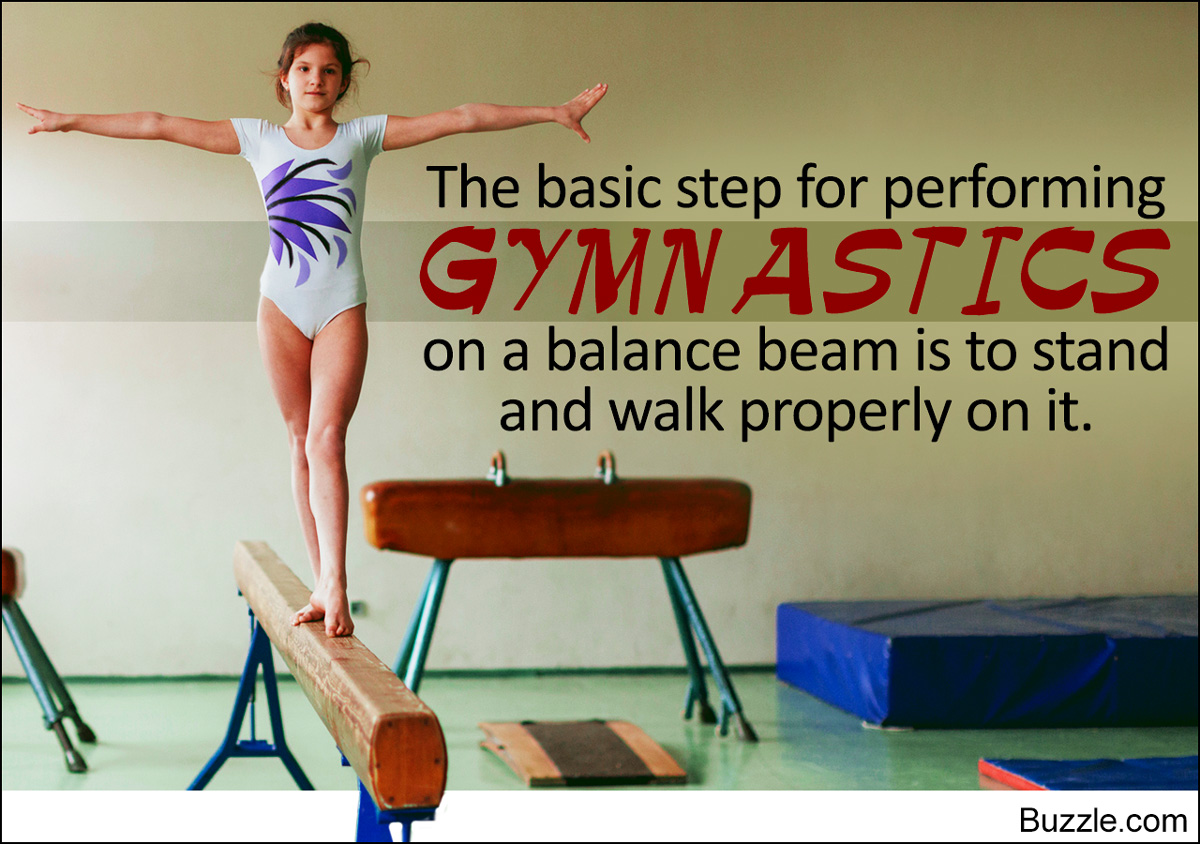 The following SportsAspire article will give you information about the balance beam event from gymnastics and the varied skills required to perform it.

The beam―the apparatus used for this event―is also called the balance beam. This is one of the most important gymnastics apparatus and is performed at every gymnastic event.

Balance beam moves can range from the easiest to the hardest and the most complicated. The easiest moves are given an ‘A’ ranking, while the most difficult ones are given an ‘E’ ranking. Earlier, the beam was more inclined towards dancing and was composed of a variety of leaps, walkovers, handstands, dance poses, and rolls. However, during the 1970s, its difficulty level increased considerably with the introduction of tumbling as well as other aerial skills. This change was brought by the two pioneer gymnastics, Nadia Comaneci and Olga Korbut. From that time, the complexity of moves increased considerably. Some of the basic moves include switch leap, front flip, back dive with a quarter twist, etc.

The routine of this exercise involves a combination of easy as well as complex moves. However, the maximum time limit that is given to gymnasts at most gymnastic events is 1 minute, 30 seconds and they have to perform in this set time. If the gymnast falls during the performance, she has 10 seconds to get up and continue her performance. However, if she cannot, she will not be allowed to continue. Also, if she does not finish her routine within the set time, her scores will be deducted.

Though the gymnast does not have to mention the routine she is going to follow, there are certain elements that have to be part of the routine. For instance, there should be a step involving a full turn in one foot, acrobatic moves in different directions including backward, sidewards and forward, two dance elements i.e. one jump, leap or hop with the legs and 2 flight elements. It is also very important for the gymnast to use the entire beam during her performance.

Performing gymnastic moves is not an easy task and it takes a lot of practice to inculcate these skills required to perform them. The most crucial skill is balancing. One needs to first learn to just stand and walk properly on a beam, before learning to perform any complex moves. Most people begin coaching their children at gymnastics beam balance right from the time they start walking.

At first, the person who wants to learn this skill is asked to balance on a straight line that is made on the floor. Once the person becomes perfect in it, she is moved to the low beam which is just a foot away from the ground and is similar to the actual balancing beam. Here, one can also start practicing some of the moves. However, the chances of accidents are quite high and it is important to lay gymnastic mats under the beam when someone is practicing. Once the person becomes perfect on the low beam, she will be moved to the actual beam.

Though balancing is the most important skill required to perform on the gymnastics balancing beam, it is also important to have several other gymnastic skills to become absolutely perfect. Apart from the balancing skill, the gymnast also needs to learn aerobic movements and dance aesthetics. This is because the gymnast must not only know how to perform the moves, but should also be graceful, as well as poised. Interestingly, it is said that the grace, skills, and the poise required by the gymnast comes automatically once she learns to balance on the beam.

The most important thing needed to attain mastery over the moves is confidence. One has to be very patient and practice regularly to develop the skills required to perform at this event. It is important to remember that it takes several years of perseverance and dedication to master the balance beam. It is necessary that one always take adequate precautionary measures to avoid any major injuries while practicing. 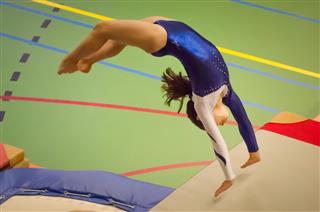 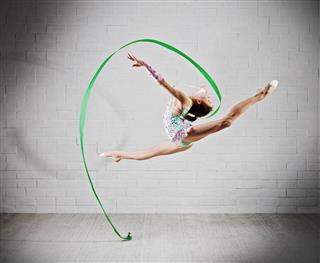 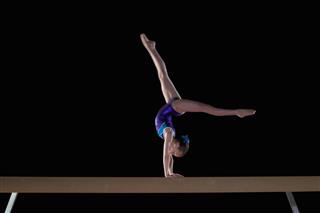 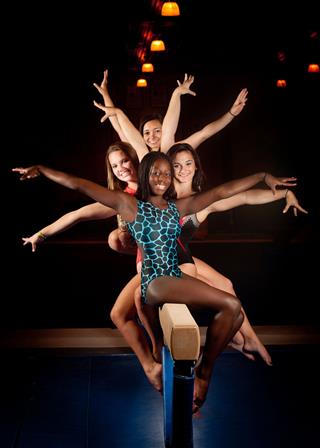 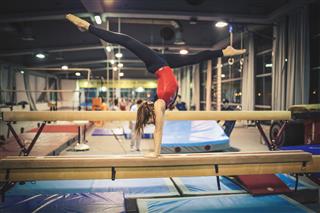 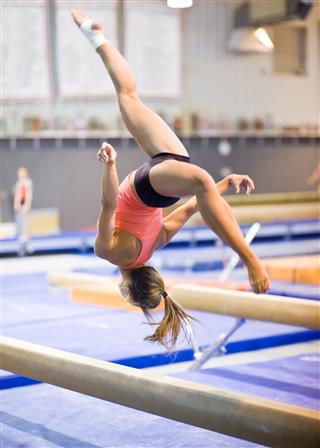 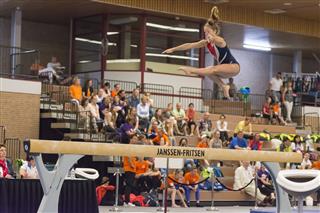 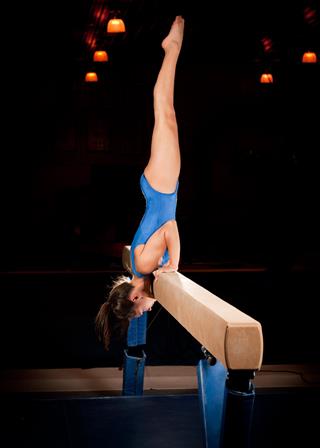 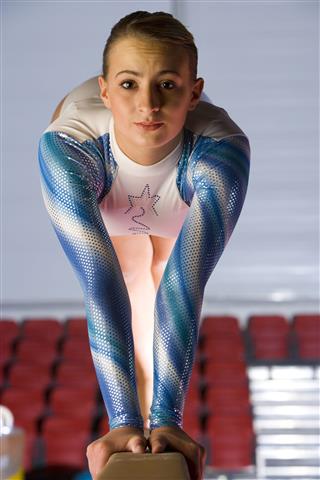