Wrestling has been played as a sport for eons. However, very little was known about the history of wrestling, until it was reintroduced into the mainstream through live broadcast as a sporting event.

Wrestling has been played as a sport for eons. However, very little was known about the history of wrestling, until it was reintroduced into the mainstream through live broadcast as a sporting event.

Many ponder over the categorization of wrestling as a sport. Many perceive it as a mere show of strength, while there’s an entire lot which is assured that wrestling is rehearsed fighting. However, wrestling goes way beyond these preconceived notions. Origins of this sport have been traced back 15,000 years ago in the cave drawings found in France. The Egyptian and Babylonian relics have a story about this combat sport too. Thus, evidently this is a prehistoric sport, which has been depicted in mythologies and in ancient paintings. The ancient Greek included it in Olympics as well, which the Romans adopted years later. Over a period of time wrestling has undergone various changes.

History of Wrestling Over the Ages

Traces of wrestling have been found in prehistoric times. Forms of belt wrestling were famous in ancient Egypt and Mesopotamia. The early documented evidence of wrestling in Egypt is seen on the tomb of philosopher Ptahhotep. The wrestlers on his tomb bear a striking semblance to today’s Nuba wrestlers. In the east, incidences of wrestling have been scripted in Indian holy scriptures as well. The Mahabharata mentions a fight between Bhima and Jarasandha, who are known as reputed wrestlers in the revered document. The most ancient style of Chinese martial art, Shuai Jiao originated about 4,000 years ago. This primitive form of grappling, is known to be a predecessor of wrestling in Eastern Asia. Back then, combatants wore horns to fight each other, which is why it was earlier known as Jiao Ti. Over a period of time this game has adopted the use of hands and arms to defeat opponents. Wrestling was a popular sport in Greece and a recognized one too. It was played in the 704 BC Olympiad. Ancient Greek artifacts such as coins, vases and sculptures depict wrestling as a sport and a form of defense.

For the better part of the history of wrestling, the sport was known as Greco-Roman style. However, as kingdoms expanded and cultural exchanges grew, wrestling underwent a drastic change. Although, much of the credit goes to the Greeks for giving wrestling a status, it was popularized by the United States and the United Kingdom in the 19th century. In the west it was known as the catch-as-catch wrestling. The rules for wrestling differed in this type as compared to Greek wrestling. Greco-Roman wrestling prohibited grappling below the waist as opposed to catch wrestling which allowed gripping the legs as well. Gradually, catch wrestling changed into a popular sport known as pro-wrestling.

With the advent of television and its penetration into every household, wrestling became a popularly watched sport amongst young children. This is the time when shows dedicated to wrestlers and wrestling were made. The Von Erich Family, The Car Crash of Magnum T.A., Bruiser Brody Stabbed to Death in a Locker Room and D-Lo Brown vs. Droz surfaced on television channels.

The inception of World Wrestling Entertainment (WWE) in 1952 gave wrestling a very glamorous connotation. The private company WWE began promoting and making shows in 30 languages for 145 countries across the globe. In U.S. alone they reached out to about 13 million viewers. This kind of exposure to wrestling gave it fame, name, and money in huge proportions. Although there are various styles of wrestling, their evolution has concurred with a popular form of wrestling. Every country has its own variation of wrestling. Aspiring wrestlers have to undergo years of grueling training until they can they compete professionally. Although wrestling has undergone dramatic changes since it was first played, it still remains a competitive sport. 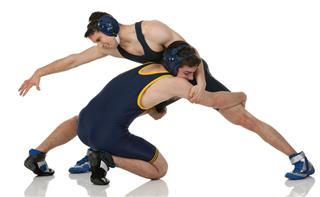 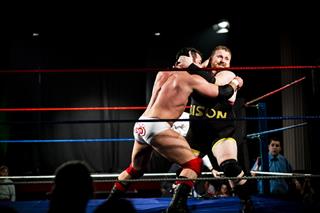