Is Heading in Soccer Dangerous?

While some say that heading isn't harmful, there are others who adamantly suggest that it does harm. Are we really 'heading' for trouble? The debate continues ... 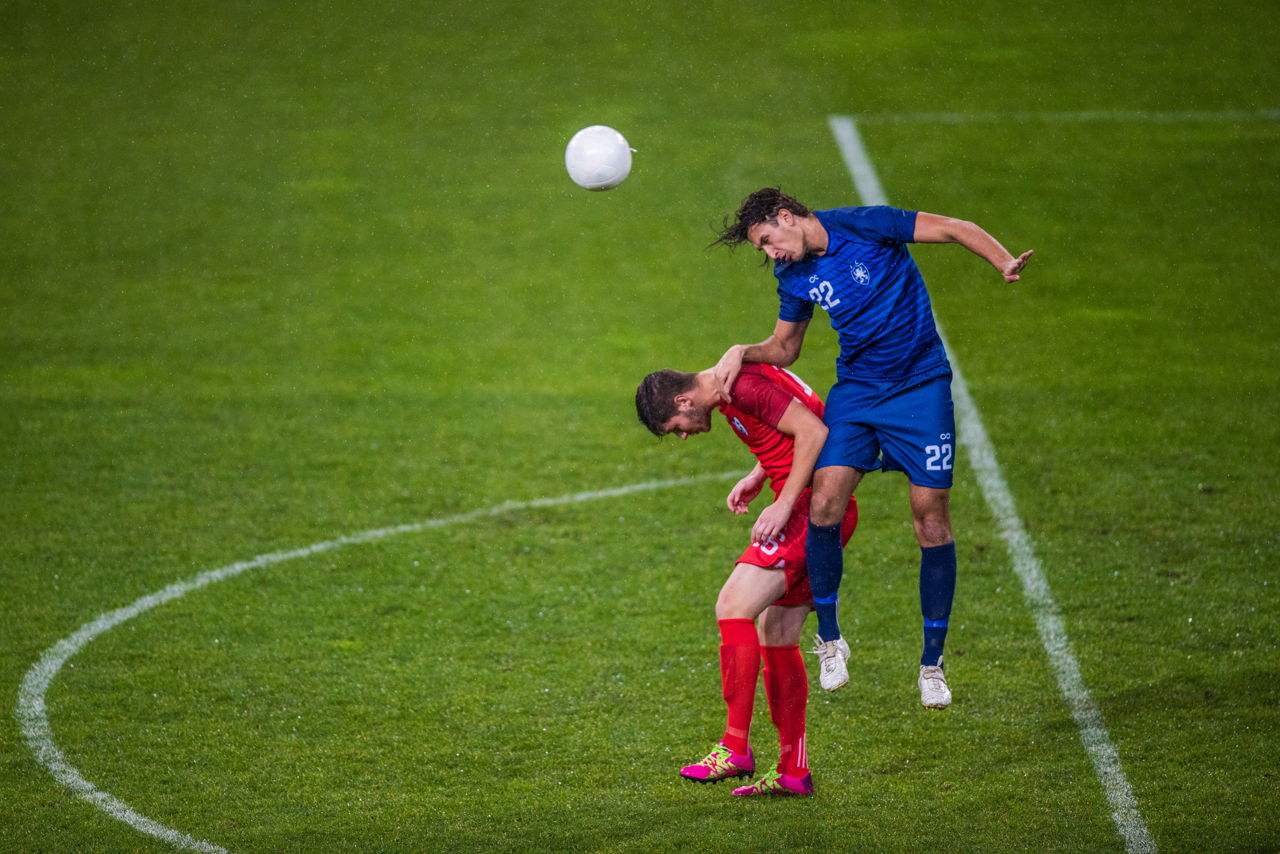 While some say that heading isn’t harmful, there are others who adamantly suggest that it does harm. Are we really ‘heading’ for trouble? The debate continues …

Mad about soccer? Can’t get enough of heading and kicking? When the talk of thrill and adrenaline rush comes in, I agree; nothing beats the sport of soccer. Soccer is by far the most popular and one of the highly rated sports and there is absolutely no doubt why it is impossible to keep adults and children off the field.

Using the head to direct or stop a moving ball at extremely high velocity is what heading is all about. Heading is considered to be one of the most thrilling experiences on the field, and it is regarded as a player’s most powerful weapon in a game. However, constant heading could be the reason behind the rise in the number of cases of concussions and brain injuries being recorded. Nevertheless, the fact remains debatable; so, let’s take a look at what the experts have to say.

Medical experts have conducted tests on several soccer players and have found that players who have indulged in frequent heading show symptoms similar to that of concussion patients. According to the experts, the injury level was significant once the player surpassed 1000 head hits. MRI scans conducted on a group of 30 amateur soccer players proved that the players who indulged in excess amount of heading, showed signs of mild traumatic injury. The reports showed that the frontal lobe area and the temporal-occipital region of the brain were affected due to constant heading.

What keeps parents worried are bruises, fractures to the head, apart from the fear of causing eye injuries and in a worst-case scenario, even death. Justifying their cause of concern, they say that children are not trained to use the right technique of heading, which could lead to injuries to the spine and the head. Younger children, in particular, are at an increased risk of brain damage and cognitive impairment owing to the lack of body control needed for correct heading technique. Being a contact game, the incidences of injury caused due to heading are relatively high. Besides, constant trauma to the head can also result in a condition called theFootballer’s migraine, which leads to constant pain and dizziness in players, especially affecting the younger players.

Important Note: Damage to the frontal lobe can hamper the motor control of the body as well as result in the loss of facial expression and problem-solving ability. Another significant change brought about due to the damage caused to the frontal lobe is a drastic change in the personality of the individual.

Rubbishing the claim that heading causes brain injury, some researchers are of the opinion that heading does not cause brain damage. On the contrary, the main cause for concussion in players is the double heading that occurs when two players bang into each other. Another reason for concussions could be when the ball takes the player unawares.

Putting their point across, researches say that it is impossible for the ball to reach the velocity needed to cause the player to be injured. However, they do agree that banging into a goal post or a fall resulting from a clash with another player could be the cause behind most concussions. According to them, balls can be kicked to velocities of 70 miles/hr. However, not many professional players can achieve that velocity; besides, they say that only a player aggressive enough, would try to stop a ball moving at that speed with their head. A former soccer player ascertains that the force of the ball hitting the player’s head is not enough to cause concussion in a player.

To ensure the safety of soccer players, enthusiasts have recommended using a protective headgear apart from the implementation of proper technique while ‘heading’ to prevent any serious damage. Taking a stand on such a controversial topic is surely taxing and is again susceptible to more controversies. However, intense research is being conducted to ascertain the causes of concussions and brain damage occurring due to heading.

It’s a known fact that any sort of repetitive injury to the head is a cause for concussion and could, in future, be a reason to worry, especially where your health is concerned. To say the least, constant heading is dangerous and it could lead to severe impairment and personality disorders. To summarize, I quote Dr. Lipton who says, “Repetitive heading could set off a cascade of responses that can lead to degeneration of brain cells.” All goes to say, take care while having a field time.