Kickboxing is one of the most popular martial art forms and is a competitive sport and is also used for self-defense. Here are the basic kickboxing moves names and basic moves.

Kickboxing is one of the most popular martial art forms and is a competitive sport and is also used for self-defense. Here are the basic kickboxing moves names and basic moves. 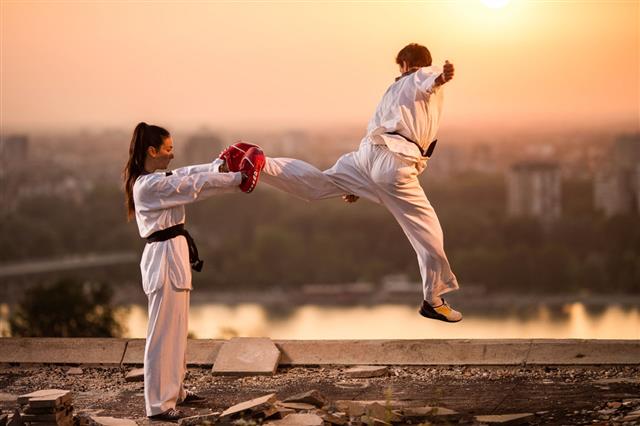 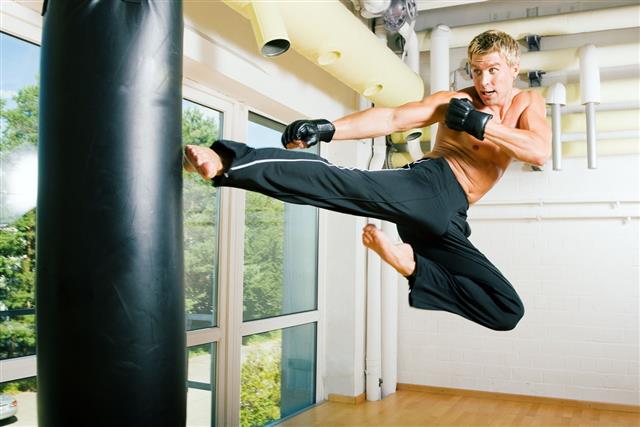 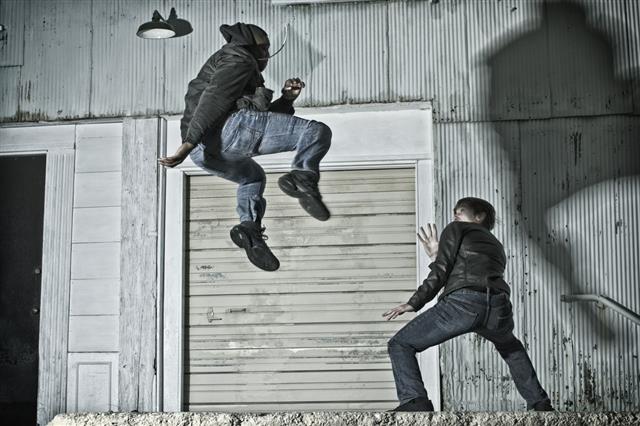 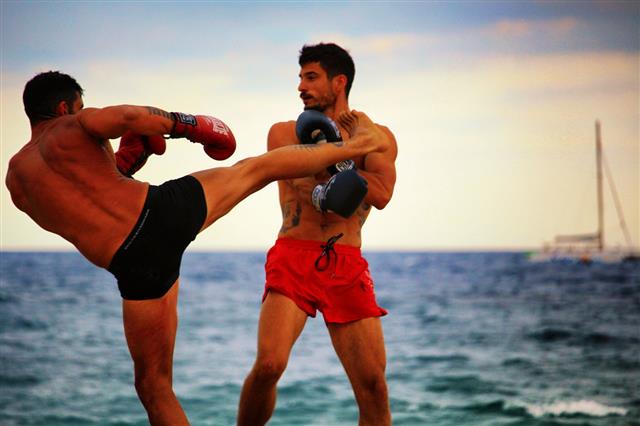 Kickboxing developed as a hybrid of karate, Muay Thai boxing, and modern, Western boxing. Thus, it falls under the category of ‘mixed martial arts’, but it has now developed enough to be considered a distinct martial art on its own.

Kickboxing is one of the martial arts that were developed in the Far East. Today there are several slight regional variations in the art of kickboxing, but the basic premise and the objective remains the same: To kick and punch your opponent into submission.

Today, kickboxing has become a prominent, competitive martial art and there are several kickboxing competitions all over the world. Others use it as a form of self-defense. Still others use it as an exercise due to the intense nature of the sport. In fact, kickboxing is one of the best forms of exercise, since it uses all four limbs extensively and employs core body strength, improving both strength and endurance.

Whichever direction you want to pursue, here are some of the beginner level kickboxing moves. As the name suggests, there are two basic and important aspects to kickboxing: kicking and punching. So on that basis here are some basic kickboxing moves that you can learn and practice as a beginner. The stance in kickboxing is the same as the one in boxing. Keep your feet almost perpendicular to each other, but not together, and not in a straight line. Your feet should be slightly less than one gait apart (according to your own stride) lengthwise, and extended slightly outward at the hips. Bend your knees slightly. Keep your fists about 1-2 inches from your forehead, and keep your elbows close together, masking your face and neck.

The basic punches in kickboxing are the same as those in boxing. An important tip while performing these punches is to keep your feet firmly grounded, since that stance provides the maximum strength to the upper body. If you lift your feet, your punches will be seriously weakened. Also, it is important to not swing your arm so much that you unbalance yourself. If your feet are firmly grounded, the body naturally maintains its balance and swinging out of your reach naturally become more difficult

A jab is a fast, straight punch thrown at the face. A kickboxer throws the jab with his front (non-dominant) hand and quickly withdraws it for defense.

A cross is a straight punch thrown with the dominant hand, slightly towards the opposite side. To accomplish this, rotate your upper body towards your non-dominant side as you deliver a cross, and lift the heel of your dominant foot to accommodate the movement. The jab and the cross are the two most common types of punches and the kickboxer uses these punches in a sequence.

The upper cut is a punch thrown from either of the boxer’s hands to the chin of the opponent. It generally starts at the mid-section and goes straight-up. The upper cut is not commonly used in a punching sequence, but is used as a surprise punch.

The hook is another surprise punch and is used to create maximum impact on the opponent. A hook is generally delivered by the leading (non-dominant) hand. It is a curved punch, and is aimed at the opponent’s cheek/jaw. A hook delivered by the dominant hand can be extremely effective, but is difficult to master without experience.

The kicks used in kickboxing are also used in various other martial arts and MMA. These are very effective in self-defense, and extremely beneficial as an exercise.

The front kick is a fairly easy kick. Here you have to stand facing your opponent and lift one leg, bend the knee and throw the kick with the foot, straight into the opponent’s midriff/thigh/chest. The ball of the foot is supposed to make contact with the opponent, since the extremities make for the hardest hits.

The side kick starts with the competitor at a slight angle from the opponent. Raise either leg towards your opponent, turn it around at the knee, bring it back slightly and then shoot the kick hard at the opponent. Hitting the opponent with the heel makes maximum impact, though the outside of the foot is also nearly as effective. Don’t use the ball of the toe in this kick, since this can cause ankle injuries. 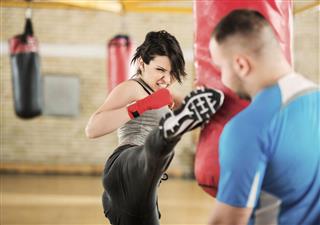 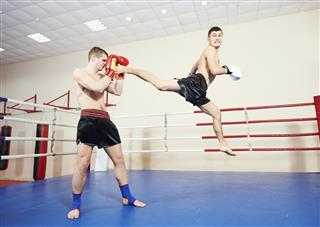 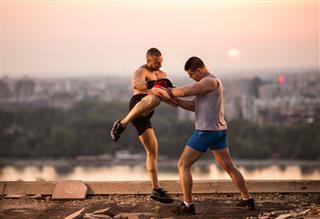 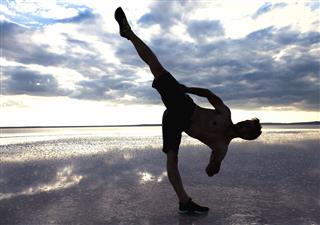 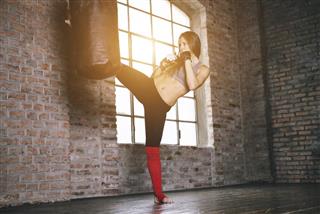 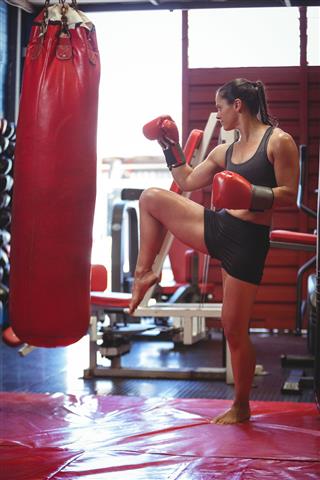 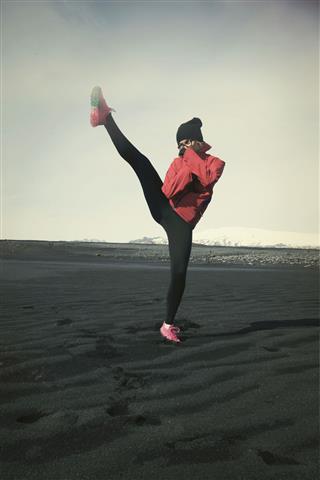 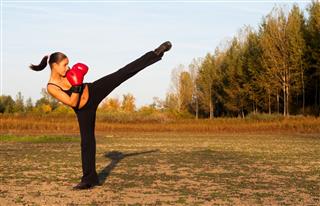