Natalie Coughlin has been making waves in the world of swimming ever since her college days. Here is a look at one of the most talented athletes USA has ever produced. 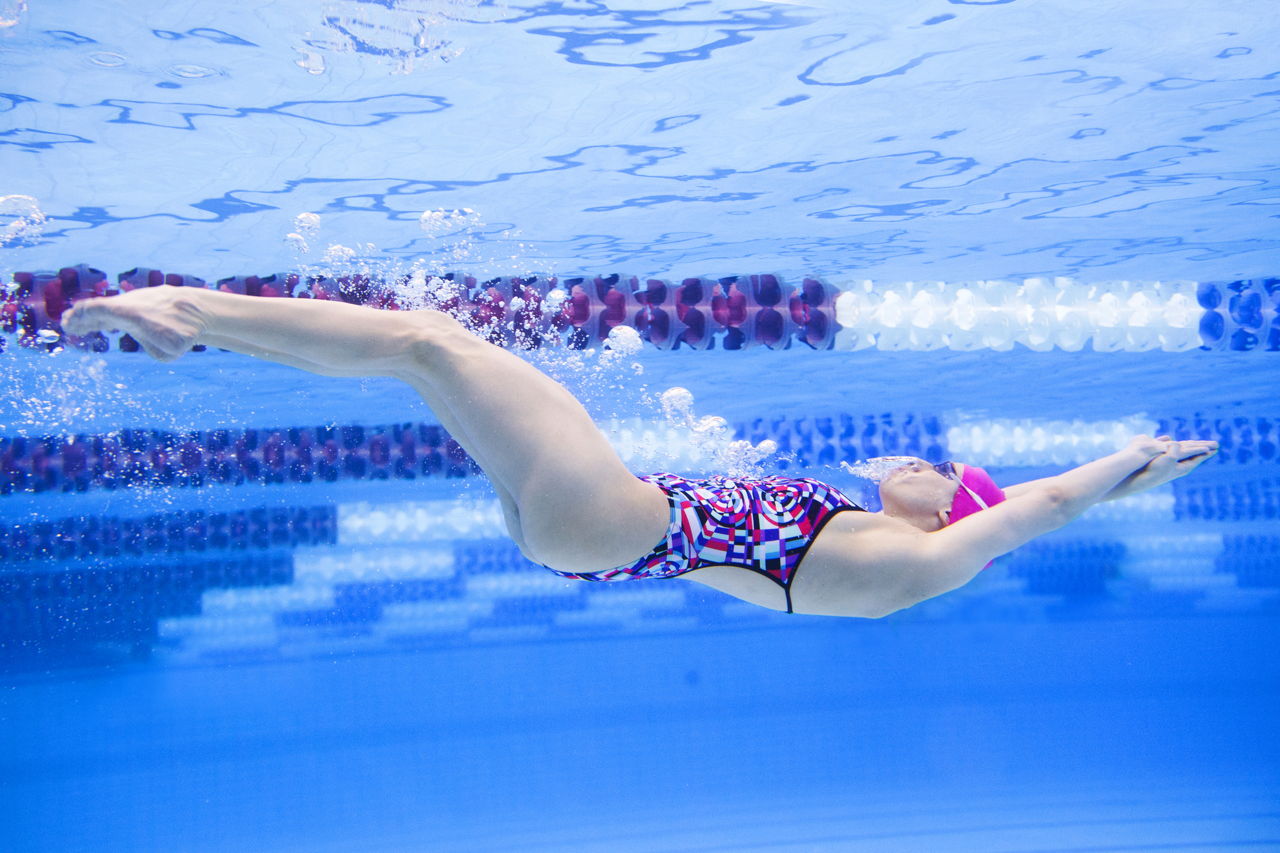 Natalie Coughlin has been making waves in the world of swimming ever since her college days. Here is a look at one of the most talented athletes USA has ever produced.

Natalie Coughlin is the most decorated American female Olympic athlete, a record she shares with Dara Torres and Jenny Thompson (The trio are also the second most decorated American athletes overall, behind only Michael Phelps). She has won 12 Olympic medals, the most recent coming in the shape of a bronze at the 4×100 meter freestyle relay at the 2012 London Olympics.

She won 6 medals at the 2008 Beijing Olympics, becoming the first American female athlete to win 6 medals in one Olympic tournament in the process, and 5 at the 2004 Athens Olympics. She has also been a consistent performer in numerous other tournaments, giving her a career total of 48 medals, 21 of them being gold.

Coughlin had her tryst with swimming at an early age of just 10 months. Natalie was born to Jim and Zennie Coughlin and is of Irish and Filipino origin. Brought up in Concord, she initially spent her early days at the Carondelet High School, and in 1998, was the first swimmer to qualify for the Summer National in all 14 events.

While at the University of California, Coughlin won 11 NCAA National Championships, in addition to one relay, leading to her being named NCAA Swimmer of the Year for three successive years. She was also named the Female College Athlete of the Year by Sports Illustrated.

A Star is Born

Before making waves at the 2004 Athens Olympic, Coughlin built upon her domestic reputation at the World Aquatic and the Pan Pacific Championships with consistent medal-winning displays. During this time, she won 2 golds in her favorite event, the 100 m backstroke.

At the 2004 Athens Olympics she won 5 medals, including a gold in the 100 m backstroke and as a member of the winning 4×200 m freestyle relay team. The relay team beat the existing world record by almost exactly 2 seconds, establishing a new one of 7:53.42.

Coughlin also won 5 medals in the 2007 World Aquatics Championships, replicating her 2004 Olympic tally of 2 gold, 2 silver and a bronze. She won the 100 m backstroke, eclipsing her own world record in the process. As part of the 4×200 freestyle relay team, she helped USA set a new world record time of 7:50.09.

In her most successful tournament haul, Coughlin won 6 medals at the Beijing Olympics, setting the American record for the same. She won the 100 m backstroke in an unprecedented defense of her gold in the event at the 2004 Games. A true champion, Coughlin bit her lip during the race to distract her from her painful legs. She bit it so hard that it was still bleeding as she received the medal.

Coughlin came into the 2012 Games off the back of a poor performance at the trials. Challenged by her younger rivals, she had to be content on a spot in the 4×100 meter freestyle team. The team went on to win the bronze medal. Although Coughlin had only participated in the qualifying rounds, she was entitled to a 12th medal, bringing her on par with Dara Torres (who, remarkably, had still participated at the 2012 trials at the age of 45) and Jenny Thompson. Here is a look at her medal haul.

Natalie Coughlin became the first woman to swim the long course 100 m backstroke in under a minute, just 10 days before her 20th birthday. She still holds the American women’s record in the category, although her world record has since been surpassed by Hayley McGregory, Kirsty Coventry, Anastasia Zueva and Gemma Spofforth. Coughlin also holds the American women’s record in the 50 m backstroke and the 100 m freestyle. Coughlin has been named the World Swimmer of the Year once and theAmerican Swimmer of the Year thrice. Also known as one of the most gorgeous athletes around, Coughlin summed it up by saying, “I live in a swimsuit, so I’m really comfortable with my body.”

While she may find her chances to represent her country depleting due to her age and the advent of younger contenders, there’s no doubt that Natalie Coughlin remains a fantastic role model for aspiring swimmers, one of the most successful Olympians and the most successful American female athlete ever.