In any sport, referees are responsible for enforcing certain rules and regulations during a game. This SportsAspire article attempts to explore the earning potential of NFL referees. Keep reading to know more.

In any sport, referees are responsible for enforcing certain rules and regulations during a game. This SportsAspire article attempts to explore the earning potential of NFL referees. Keep reading to know more. 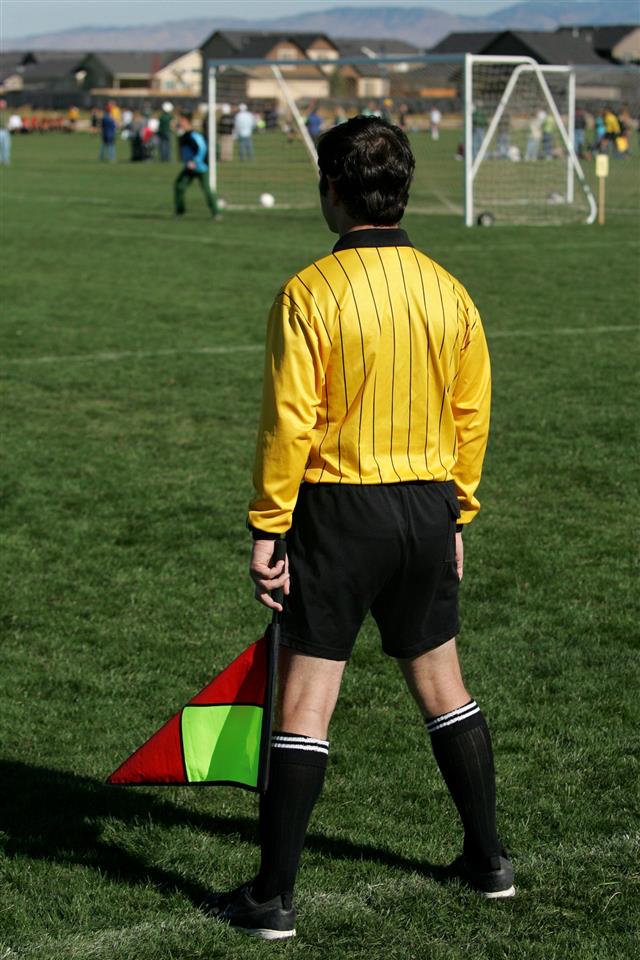 According to the BLS, jobs for all types of referees are expected to grow 20% during the current decade. However, there will be a demand for referees to officiate at middle school and high school games, or popular women’s sports. Those who aspire to referee NFL games will have to face intense competition as there will be very fewer openings each year.

In a professional football match, a seven-official system is followed, wherein seven officials operate in the same field. Based on the positions and duties assigned, each of the officials is delegated with a different title: referee (or head referee), umpire, head linesman, line judge, field judge, side judge, and back judge. Recently, the National Football League has hired its first female referee, Sarah Thomas, 42-year-old Mississippi native.

The main responsibility of the referee is to strictly watch and supervise the game. He has the authority to announce penalties and other unusual rulings. It is a reputable post that contributes a lot in deciding the fate of a football game. And in the profession of football refereeing, an NFL referee is considered the highest position. NFL referees earn significantly higher salaries than referees at all other levels. However, aspiring candidates need to gain several years of experience before they have any hope of getting a job in the NFL. They have to officiate at elementary, middle school, and high school games, or work for local governments, and the salary figures can be in the range of $30-$35K.

How Much Does an NFL Referee Earn?

➻ According to NFL, the salary of a referee was $149,000 p.a. in 2011.
➻ A new labor contract was signed by the representatives of NFL Referees Association and the league in 2012, and salaries of the referees were increased to $173,000 in 2013.
➻ These figures are expected to rise up to $189,000 by 2018.
➻ By 2019, the annual salary of an NFL referee will be $205,000. The agreement will expire after the 2019 season.
➻ According to CNN and CBS Sports, the 2012 agreement increased the base pay for rookie referees from $75,000 to $78,000, and veteran officials’ pay from $160,000 to $200,000, from the 2013 season.
➻ According to CBS News, The average age of an NFL official is 51 years old, and they earn between $4,000 and $10,000 a game.
➻ The salary of an NFL referee is lower than NBA and NHL referees as they tend to officiate far fewer games. The NFL season comprises only 16 games. The Major League Baseball season consists of 162 games for each of the 30 teams in the American League and National League. The NBA season as well as the NHL season consist of 82 games.
➻ As NHL referees are engaged only on Sundays during football season, they work in different profiles for the remaining year and weekdays. For example, some possess the qualifications for other professions such as dentistry, and utilize these, or they run their own businesses. Thus, in addition to the salary earned from refereeing for the NFL, the annual income may also be contributed from other sources.

Every Monday, a meeting is arranged, wherein NFL officials scrutinize the previous weekend’s most controversial calls, and evaluate the skills of the referees.

The job profile of an NFL referee is very flexible, and involves training before the match, reviewing the rules, studying game films, and lots of traveling. New rules are added each year. Having a thick skin is considered as an important quality of a referee. After the 2012 agreement, NFL has created some full-time positions for in-game officials. Part-time employees do not receive paid vacation time, sick leave, or health insurance benefits.