Smart Racquetball Strategy and Moves to Play the Game Perfectly

Racquetball has gained great popularity since its 'invention' in the 1950s. As the game has grown, new techniques and strategies have come up. Here's a look at the strategies that deal with playing a good game.

Racquetball has gained great popularity since its ‘invention’ in the 1950s. As the game has grown, new techniques and strategies have come up. Here’s a look at the strategies that deal with playing a good game. 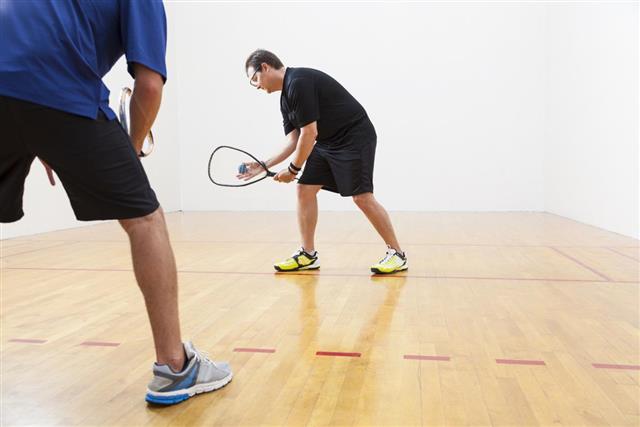 Racquetball was, in the 1980s, one of the most popular sports around. It still has a good 6 million people playing it today in the USA. As is the case with any sport, one requires a good strategy to win. While it’s played a lot more by amateurs in the spas and gyms, it can get fiercely competitive, and the players love it so much that they get pretty addicted to the routine of having a game of racquetball before or after work. And why not? It is a great game, and is a source of great exercise to the people who play the game. And being a cardiovascular activity, it further enhances its popularity among the people. But, if you want the edge over your opponent, you need to choose a strategy that will exploit his weakness.

Racquetball, like tennis, squash, and other racquet sports, starts with the serve. The serve ideally gives you the advantage, and you should be able to make the most of it. So, start with a good serving strategy. Make sure that you mix up your serves well, so that your opponent will not be able to predict what type of serve you’re trying.

One of the most common serves is the drive serve, where the person who is serving intends on having the ball bounce twice quickly before his opponent can move.

The second type of serve is the jam serve. In the jam serve, the server tries to aim the ball high on the front wall, and angle it in such a way that the ball catches the side wall on the fly, and gets the first bounce near the opponent’s feet, thus catching him off-guard.

The third type of serve is the pinch serve, where the ball first hits the side wall, then the front wall, and bounces twice before the opponent can get to it. So, by mixing up the serves and adding the element of surprise, you can win maximum points on your serve.

This is one of the most common and logical strategies in racquetball. What you have to do here is to build a rally with your opponent, pinning him to the back wall. While you make powerful returns, your opponent will stay put at the far end of the court. And then, just out of the blue, drop in a ball, with a lot less power, similar to a drop shot in tennis. Your opponent, who till now was sitting put at the far end of the court, will find himself stranded, and the ball too far away for him to retrieve, and earn you the point.

The momentum strategy is again a fairly basic strategy. Here, you first have to gain control of the game before the opponent does. This means that you have an upper hand in the rally, and the opponent has a hard time reaching the ball. Sooner or later, your opponent will resign himself to hitting the ball and running to the other end, expecting you to hit it back in that direction. This is where you trick him. Once you feel that he’s anticipating your shot, you hit the ball back in the same corner he took off from, and he will lose the point, failing to change the direction so as to reach the ball because of the tiredness and momentum. This strategy should be used only when you have a distinct advantage in a rally. If your opponent has good anticipation or is very athletic with good reach, this trick might give him an advantage.

These techniques are not difficult to master. All you need is a bit of practice and the awareness of where to use which technique. This comes with practice!