Soccer (also known as football in some countries) is the world's most popular game. This sport has thrived and boasts of a huge fan following. Soccer is more in the mind than in the field. Here are some basic soccer strategies and tactics to help you out. 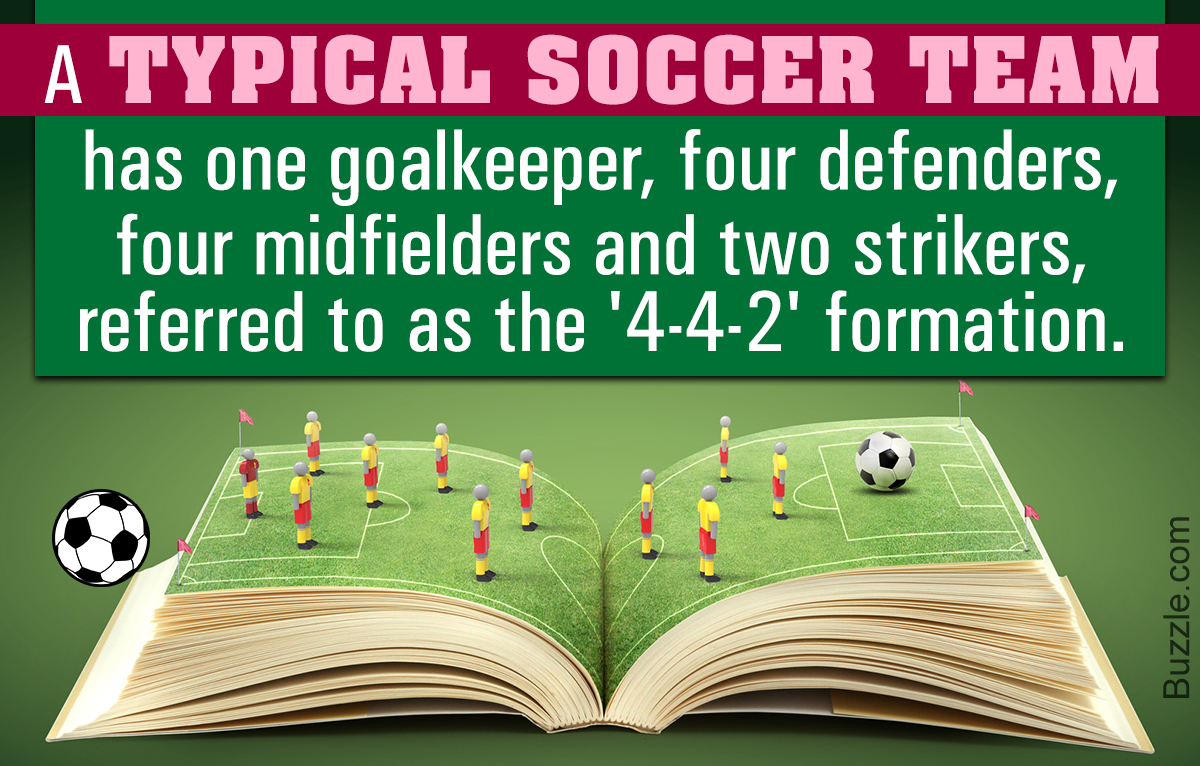 Soccer (also known as football in some countries) is the world’s most popular game. This sport has thrived and boasts of a huge fan following. Soccer is more in the mind than in the field. Here are some basic soccer strategies and tactics to help you out.

Soccer is a sport played with 11 players-a-side on a rectangular field. Various other forms of soccer have also sprung up and are fast gaining popularity like Futsal and Indoor soccer.

Playing with eleven people on one team is difficult, considering the fact that every player is entitled to his opinion and distinct style of play. Every player has his own position on the field, ranging from defenders, midfielders to strikers. Soccer stands on the four pillars of understanding, support, communication, and belief.

A winning team incorporates every player and every position to the best of their ability. Communication is the key to spring forward and attack, and is just as important to fall back and defend. Support and understanding help the players gel and come together as a unit. And most importantly, the belief that you can win, is sacrosanct. Soccer is not just a game, it’s a war. And wars are won in the mind, and need tactics and strategies. This SportsAspire article lists a few of them. 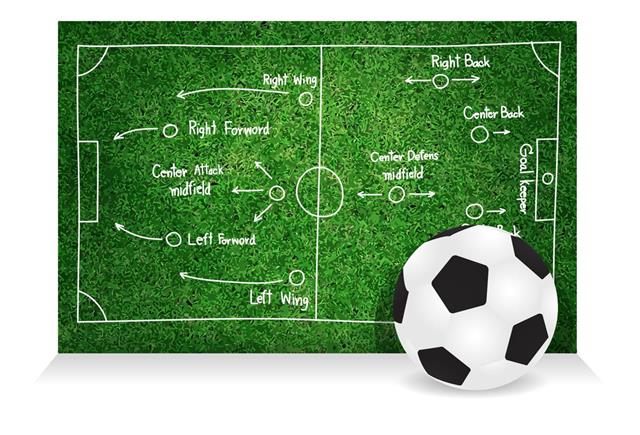 A typical soccer team has one goalkeeper, four defenders, four midfielders, and two strikers. This formation is referred to as the ‘4-4-2’. Note that the goalkeeper is not included for obvious reasons. Formations can range from a ‘5-4-1’ for a defensive mode, i.e., five defenders, four midfielders, and a striker, to the ‘3-4-3’ which is a heavily offensive formation. Your formation should not only capitalize on your team’s strengths, but should also exploit the opposition’s weaknesses. The positions in a formation are named according to their mode of play. For instance, a defender on the right side of the field is called a ‘right back’. Similarly, a lone attacking player is the ‘center forward’ or a ‘striker’, depending on his role. 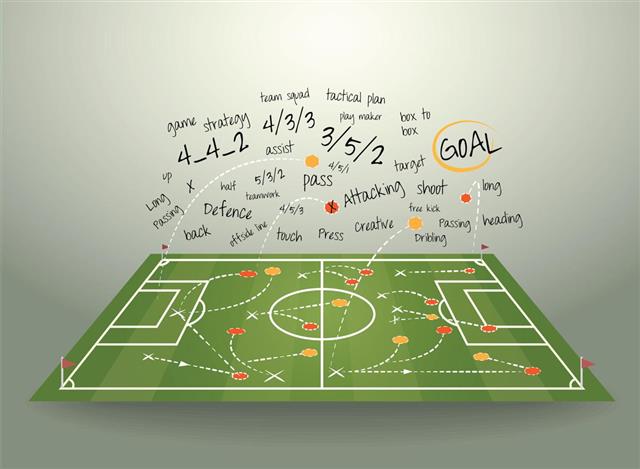 Offense is supposedly the best defense. In a game, the defenders and the midfielders try to pass the ball to the strikers. Keep in mind that piling up strikers does not guarantee a goal as the opposition can easily catch you on the break and launch a counterattack. The offense needs to be in tandem with the rest of the team. A stranded striker can do no good unless he is supported by his team. Passing and counter attacks are the two ways to exploit holes in the opposition’s defense. A striker should be able to think on his feet and be able to communicate with his team.

A threaded through-ball is as good as a counter-attack provided they end with the expected result, a goal. However, strikers tend to make solo runs and play selfish. This has to be rectified as soon as possible and a striker should understand that the name on the front is more important than the one on the back. Midfielders also play an active role in the offense as they are the ones who have the highest possession and are able to dictate terms on the field. An offense consisting of five to six players is the optimum formation.

Defense is the essence of a team, as it is the wall between the goal and the opposition. Defenders need to be agile, strong, and quick-thinkers, as a split-second decision makes a lot of difference. Remember, it’s all in the mind. A defender can be only as strong, as he believes himself to be. The sight of a nimble striker charging at the goal is not a pleasant one, but a defender has to stand up for his team and play to the best of his ability.

A defensive formation needs to ensure proper cover for the goal, and try to cut down any loose balls or weak passes. Usually, two defenders play the role of ‘full backs’. The other two can play as wingbacks or defensive midfielders. This amplifies the flexibility of a team and helps adjust to any situation. 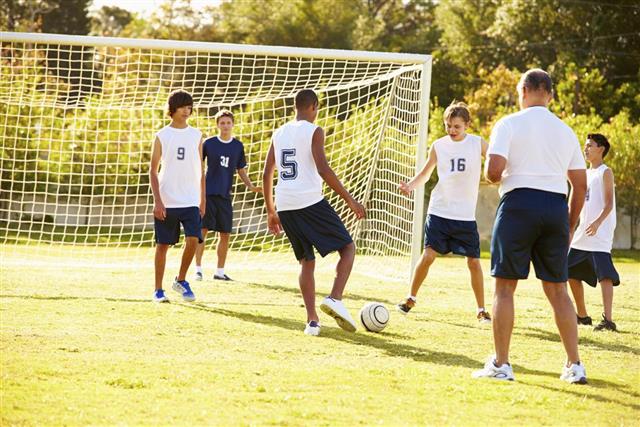 A team is as good as it is communicates. The urge to win, is what makes a team, ‘The Team’. Doing your best does not guarantee the glint of silverware. But doing your best as a team, believing in your teammates, and a never-say-die attitude surely helps ease the journey.