In sports, it's important to be well-versed with the field, the dimensions in particular, as it has a crucial role to play in formulating winning strategies. With due respect to that, here's a volleyball court diagram that will help you get a hang of the game.

In sports, it’s important to be well-versed with the field, the dimensions in particular, as it has a crucial role to play in formulating winning strategies. With due respect to that, here’s a volleyball court diagram that will help you get a hang of the game.

When it comes to any team sport, the coordination between the players is one of the most crucial factors. The team has to work as a single unit to achieve success. This is where the formation of strategies comes into the picture.

In order to form strategies, various attributes of the sport have to be taken into consideration; the field on which it is played being one of them. In fact, in volleyball, where there are specific rules about the player positions and rotations, it becomes all the more important to get well-versed with the court dimensions.

Volleyball is played on an indoor court, which measures 18 m (59 ft) in length and 9 m (29.5 ft) in width. The court is divided into two exact halves of 9 m each by the ‘center line’. A net is suspended above the center line, on the poles located on either sides of the court, in such a manner that its highest point is exactly 7 ft 11⅝ inches above the ground for men and 7 ft 11⅛ inches for women. The teams are supposed to switch the sides of the court after each set.

As you see in this diagram of a volleyball court, the ‘center line’ divides the court into two halves, while the ‘end lines’ mark the end of the court on either sides. These end lines also serve as the point from where the players serve. If the player crosses this line while serving, it amounts to a foul and results in the team losing the service and a point.

Similarly, you will also notice two ‘side lines’ in the diagram. These lines, which are located perpendicular to the center line, demarcate the extent of the area within which you need to hit the ball to score points. If the ball falls outside the side lines, or the end line, the team which made the contact with the ball last loses a point.

Yet another line runs parallel to the center line, at the distance of 3 m, in either halves. This line separates the players in the front row from the players in the back row. According to the rules and regulations of the sport, a player in the back row cannot cross into this 3-m area to ‘spike’ the ball. He can only attempt a jump from behind the 3-m line into the box and spike the ball in midair.

This was an attempt to make the game of volleyball easier for you to understand by shedding light on the court measurements. Going through the basic rules is one thing; understanding them is a different ball game altogether. Referring to this court diagram while going through the rules of volleyball will make it easier for you to understand them. This, however, is the theoretical part; the practical part can be only mastered by regular practice. 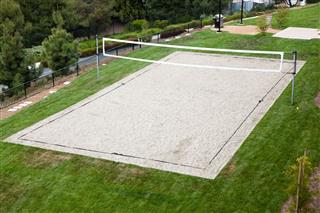 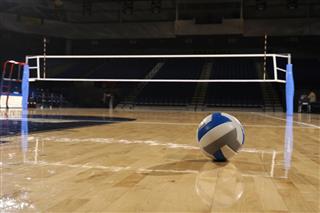 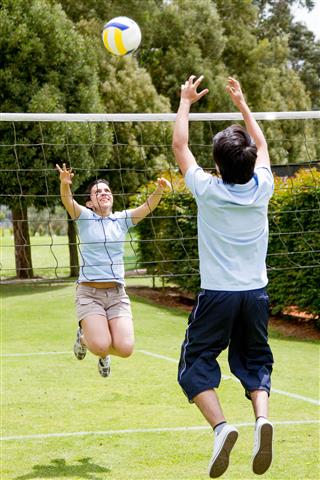 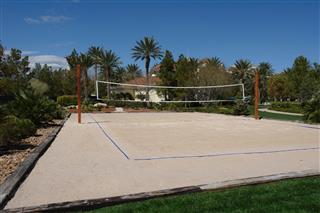