What Does ‘Pick 6’ Actually Mean in American Football?

American Football is one of the most watched sports in the country, while also being one that has steadily evolved over the years. But with that evolution comes a slew of terms that you have to keep track of, if you want to smoothly follow what's going in the game. A term that is fast becoming popular, we explain the football meaning of 'Pick 6'.

Home / Uncategorized / What Does ‘Pick 6’ Actually Mean in American Football?

American Football is one of the most watched sports in the country, while also being one that has steadily evolved over the years. But with that evolution comes a slew of terms that you have to keep track of, if you want to smoothly follow what’s going in the game. A term that is fast becoming popular, we explain the football meaning of ‘Pick 6’.

One of ESPN’s columnists, Bill Simmons, came up with an interesting substitute for the term ‘Pick 6’. He suggested the term “TAINT” which could be abbreviated as “Touchdown After INTerception”. The term didn’t manage to gain much popularity, and ‘Pick 6’ took over.

If you were to say the word “football” anywhere in America, you could hear a million hearts all beating in an excited unison. It is a game that is so loved, be it college football or the NFL, that it is now rated as the most viewed sport in the country. American Football had a rather humble birth when it was first derived from the game of Rugby. But with time, it has changed, excluded certain rugby guidelines, added some of its own, and has now emerged as a game in its own right.

As the game grew into a mega sport, tons of plays, tactics, skills, and techniques were incorporated. This called for the need to properly name them in order for the players to have a quick reference phrase that they can turn to during a play, as well as inform the audience as to what is going on in the game. But because of the massive variations, it is often hard to keep a track of all the terms that are used and to recall what they mean. And yes, hardcore fans will argue that it is not all that complicated, but for the layman, it is quite task! So we thought we’d make life easy for those out there who don’t know what the term ‘Pick 6’ means by providing the definition, explanation, and statistics related to the term.

So, how does this work?

Basically, whichever team is in possession of the ball is the offense. No drum rolls there! The quarterback attempts a forward pass, and a member from the defensive team ends up intercepting it. When this happens, the possession instantly changes, and the defense now becomes the offense. The defender who made the interception now attempts to make a quick offensive move by moving the ball to the opponent’s end zone. In the event that he scores a touchdown, it will be called a Pick 6. Remember that only the touchdowns that are scored from an interception can be called a Pick 6. Also, it can only be made on a forward pass. In the event that a lateral pass was intercepted, it is counted as a fumble.

Interceptions are usually made by linebackers or the secondary, who usually guard the tight ends, running backs, and wide receivers―players that the quarterback will usually pass to. In the event that it is a shovel pass, tipped ball, screen pass, or near sack, then the defensive lineman may have the opportunity to intercept.

Now that you know what pick 6 is all about, let us look as some killer statistics from NFL players with interceptions and the pick 6!

Back in the days, players were allowed to used an adhesive called “Stickum” that players could use on their shoulders, forearms, and chest, to help them hold on to the ball much better. Using this product, Lester Hayes of the Oakland Riders became one of the leading NFL players in interceptions between the end of the 70s and the start of the 80s. Eventually, the use of the substance was banned in professional football.

Darren Sharper (1997-2010, Green Bay Packers, Minnesota Vikings, New Orleans Saints) has 11 Pick 6s, 63 interceptions, and the NFL record for interception return yardage of 376 yards in a single season, in 2009. He is also tied with Roy Woodson with 13 defensive touchdowns.

So now you know what pick 6 is with some of the coolest stats presented to you. The next time you have football night, you are sure to enjoy it a lot better! 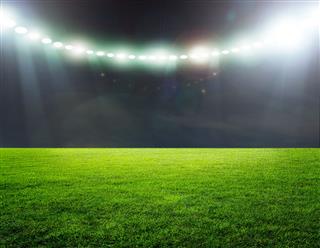 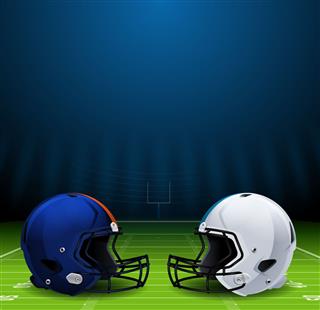