What is a Rosin Bag and How is it Used in Different Sports?

Most sports require a lot of rigor on your part, which means that you are bound to sweat at some point. But there is a way to tackle that problem and still stay ahead in the game! That's where a handy product called rosin bag comes in. We explain what is a rosin bag and how it is used in different sports.

Home / Uncategorized / What is a Rosin Bag and How is it Used in Different Sports?

Most sports require a lot of rigor on your part, which means that you are bound to sweat at some point. But there is a way to tackle that problem and still stay ahead in the game! That’s where a handy product called rosin bag comes in. We explain what is a rosin bag and how it is used in different sports. 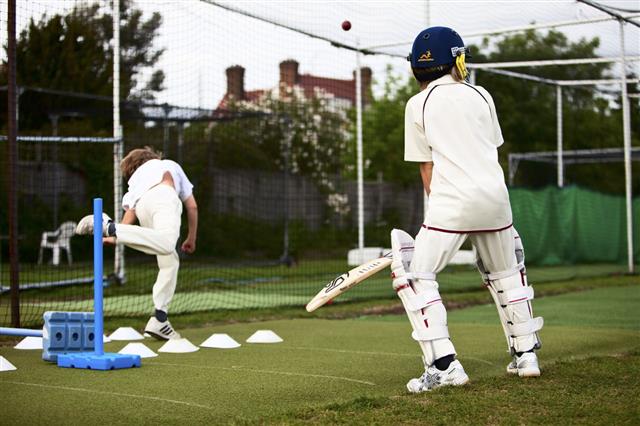 The powered form of rosin is also used by dog groomers to help remove the excess hair from the deeper part of a dog’s ear canal.

Sports has and will always be competitive. And that sometimes means that you need to be equipped with certain things that help you stay on track. And don’t worry! We are not talking harmful drugs or medication. We are talking about accessories that aid you in performing at your maximum potential without letting physical obstacles like perspiration and moisture get in the way.

Enter, the Rosin Bag. It is a handy pouch filled with what some might call a miracle powder that has a friction-increasing capacity, thus helping you deal with the sweat and moisture-laden hands that come as part of the parcel. Used in many different sports, it helps reduce moisture and improve grip. So what exactly does it contain and what is its purpose in different sporting fields? We’ll tell you!

WHAT IS A ROSIN BAG?

Before we get to what a rosin bag is, we first need to know what rosin really is. Rosin is a solid form of resin, which is a sticky hydrocarbon secretion from plants that’s mostly obtained from coniferous plants. It is produced by heating fresh liquid resin to separate the terpene components and other materials, which we explain in the next section.

When this solid or crystal rosin is crushed to form a fine powder, it is put in bags or pouches with minute pores. When this bag is tapped, it releases the powder on to the surface on which it is dusted.

The main use of the rosin bag is to absorb the moisture from the hand and to also release the rosin powder, which provides more traction and grip. If heat is introduced, it tends to get sticky, thus increasing the grip, or making your hand less slippery. For this purpose, it is used in various sports that require you to hold on to something, like bowling, baseball, tennis, and other sports (explained in the later sections)

Let us look at how it is produced.

Rosin is a resin substance that forms a part of oleoresin, which is secreted by different types of pine, commonly known as crude turpentine. Through the process of distillation (done in copper stills), the oleoresin is separated into two components: the essential oil and the common rosin. This separation produces a fluid rosin, which is run through a tap in the still and purified in a straining wadding.

This forms the solid rosin at room temperature, which varies in color based on the age of the tree from which it is taken and the degree of heat it is introduced to. This ranges from an opaque, black substance, to shades of brown, yellow, and finally to a transparent, colorless mass. This solid rosin is then crushed when it is in its crystal form to produce the powdered rosin seen in rosin bags.

You can always make your own rosin bag. All you need to do is find some crystal rosin (you can get your hands on some online), crush it in a mortar and pestle till it forms a fine powder, and fill it in a jute pouch along with some crushed kitty litter or baby powder and tie it up!

As mentioned earlier, rosin bags not only help in absorbing the excess moisture produced during rigorous sports, it also helps provide you with a better grip, which makes it a handy product in the various sports mentioned below.

To use the bag, it needs to be gently tossed in the hand and retossed to release the powder it contains. You could also lightly tap the bag to produce the same result. It can be applied on the palm and its top, the fingers, and in between them. The same can also be applied on other surfaces as per your sport.

This is the sport that has mostly popularized the usage of a rosin bag. Both pitchers and batters are seen dusting a white, powdery substance in the middle of the game, and if you were wondering what that was, it is the rosin bag. It helps improve ball control and grip on the bat.

As with baseball, even ten-pin bowlers use the rosin bag to improve the grip, and it can be used both on your fingers or in the three gripping holes.

During rodeos, the most important thing for a rider is to maintain his grip, and this is what the rosin bag helps with, and can be used both on the gloves as well as the ropes.

Climbers often use a rosin bag to improve their grip during arduous climbs and may be used to deal with sweaty hands.

Rosin, both in sticky form and powder, is applied on the starting line of the course to improve traction.

Again, a rosin bag is often used in both these fields to improve grip and reduce moisture. In the latter, it is applied to the soles of weightlifting boots to improve traction on the platform.

In tennis, the rosin bag is often used to improve the grip on the tennis rackets.

During yoga, a rosin bag can be used on both the hands as well as on the yoga mat; the first to reduce moisture and the second to improve traction.

There has been much debate between these three contenders as to which is better. The basic difference between the three is simple―the rosin bag aids in both removing the excess moisture as well as providing you with extra traction. On the other hand, chalk just makes your hand drier, thus indirectly increasing your grip. Similarly, a grip sack is something that absorbs the moisture. In the two latter products, there is no extra substance that provides you with traction.

In terms of climbing, where it is most debated, (based on observation) rosin tends to turn sticky, if it comes in contact with too much heat, and thus makes your hand flappy, while the chalk doesn’t cause this problem. And if you are only looking to get rid of the “sweaty palms” syndrome, then you could always settle for the grip sack.