When was Modern-day Soccer Invented?

Revering players like Lionel Messi, Cristiano Ronaldo, Ronaldinho, Zidane, Maradona and Pele is one thing, but not many soccer lovers know when and where the sport actually originated from. Here you will find some interesting details about this.

Revering players like Lionel Messi, Cristiano Ronaldo, Ronaldinho, Zidane, Maradona and Pele is one thing, but not many soccer lovers know when and where the sport actually originated from. Here you will find some interesting details about this.

Soccer, or association football, or simply football (as Europeans and the rest of the world know it) is undoubtedly the single most loved and most watched sport all around the world. Around 800 million people watched the FIFA World Cup 2010 final between Spain and the Netherlands, and this is the highest figure for any sporting event in history. Almost 3 billion people from all across the globe tuned in to the tournament itself and this is just a brief reminder about the massive following and popularity of the sport. All this often leads us to wonder about the origins and the history of the game.

The beauty of soccer lies in its simplicity since it just involves kicking a ball around. No additional equipment is necessary, and anyone can start playing the game anywhere. This is exactly the reason why there is some ambiguity about when and where was soccer invented, since many cultures claim that they were the ones who came up with the idea in the first place.

Officially, soccer was born in England in the middle of the 19th century when the Football Association (FA) was formed with the purpose of unifying and standardizing the laws and the structure of the game. But there is plenty of evidence around to suggest that soccer actually originated many centuries before this. The first piece of assured evidence was found in a Chinese military journal which talked about a game known as Cuju that was played in the second and third centuries BC. The game involved kicking a heavy leather ball around, and putting it between a silk cloth that was tied to two high poles on either side.

Many Mesoamerican civilizations also claim to have played a variant of this game at around the same time. Their games were a mixture of soccer and basketball since the arena had a large number of baskets all around and the purpose was to kick the ball inside these baskets. The balls used were made of rubber, which were unbelievably hard to control, and many people claim that this is the reason why South Americans and Central Americans are so skilled at the game today.

The empire of Rome also had their own version of the game and they called this Phaininda. This was a brutal game which was a mixture between modern-day soccer and rugby and a no-holds-barred clash between two teams which often resulted in serious injuries for the players. As time went by, the rules of the game became well-known all around the world and a degree of semblance and order was created. But it is fair to say that the early Chinese recording from the second and third centuries BC was when the game of soccer truly originated.

The Rise of Association Football

Modern-day soccer can now be attributed to the FA that was formed in the United Kingdom in 1863. Until this point there were many different variations of the game itself, and the rules of the game would change for each specific match. The teams would convene before the match started and they would then decide the rules that they would follow for the match right then and there.

The FA created a standardized body of rules for the game, and pretty soon professional clubs arose which are present right to the present day. Once these rules were formalized they slowly started spreading to other countries as well, and England rightfully credits itself with the creation of modern-day soccer as we know it. The English influence can be seen in the major clubs of other European countries as well (like Spain and Italy for example) where they use the term FC, or Football Club, as a suffix or prefix with their official names.

In 1886 the International Football Association Board (IFAB) was formed, and this body took upon itself the task of maintaining and creating the rules and laws of the game. This board exists even today and they oversee and determine the nature of the game. FIFA (International Federation of Association Football) was then formed in Paris in 1904, and they became the governing body for soccer all around the world. IFAB and FIFA work in tandem today, but IFAB generally stays away from the spotlight and the news, while FIFA has become a very controversial, but necessary body in sports politics and football governance all over the globe.

The magic of soccer today can be seen in the passion and fervent support that people possess for the clubs they support and the nations they come from. The sport is getting more and more exposure as time goes by, and the salaries of players are reaching phenomenal levels. This is an important piece of trivia for soccer lovers and there is so much to enjoy about the beautiful game. 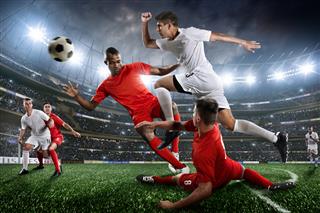 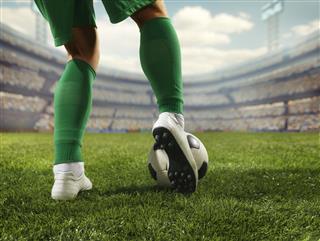