Andy Roddick: The Making of a Champ

Andy Roddick, and American tennis player, was one of the most marketable sport stars in the world during his prime. More on him...

Home / Uncategorized / Andy Roddick: The Making of a Champ 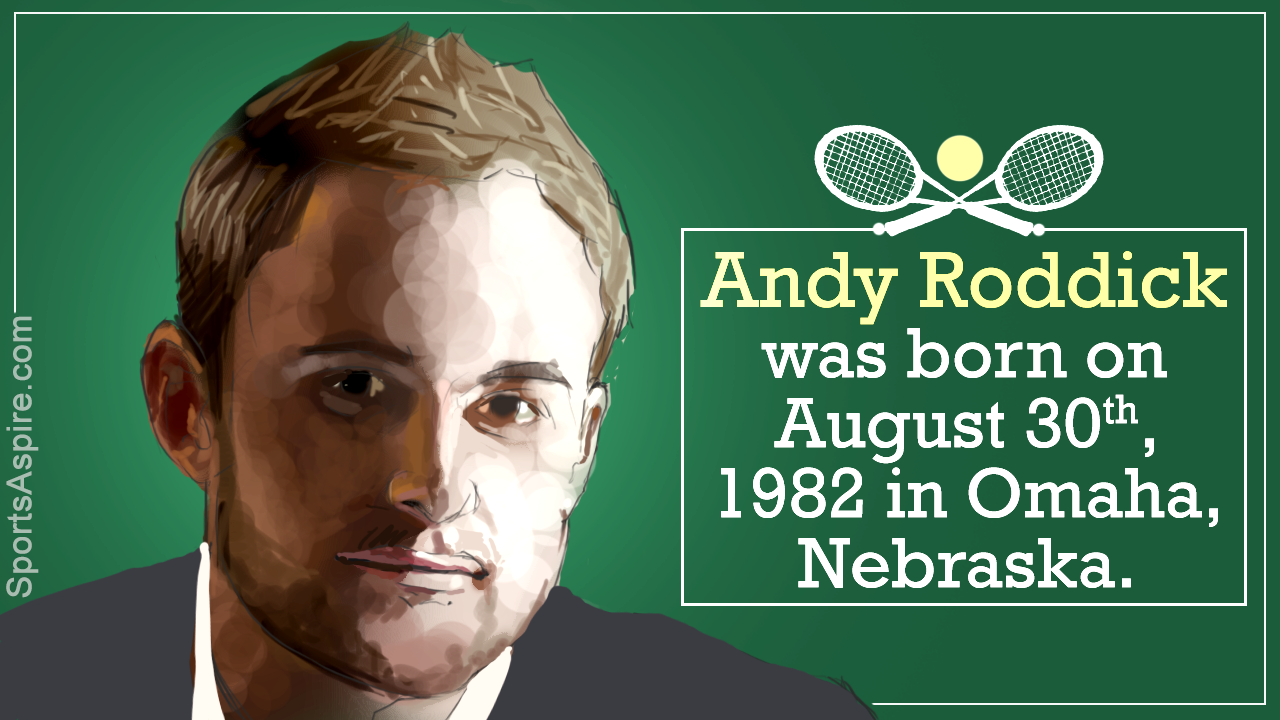 Andy Roddick, and American tennis player, was one of the most marketable sport stars in the world during his prime. More on him…

It is the fifth set in the Australian Open quarter finals with Andy Roddick taking on the crafty Moroccan Younes El Ayouni. Both men are at it as if their lives depend on it, Roddick ended up winning the set 21-19, and the match. Watching Roddick, it would have been impossible to say if this were the first set or a record breaking fifth set. He, however, went on to lose the semi-finals. This set was symbolic the way Roddick plays his tennis―passion, charisma, and intensity.

If the 1990s’ belonged to Sampras, Agassi, and to a certain extent Rafter, the next decade definitely belonged to Roddick, Hewitt, Federer, and to a certain extent Agassi. The Australian Leyton Hewitt is known for his amazing ground coverage and killer ambition, while Switzerland’s Roger Federer is more of a thinking man’s champ, who never loses his cool, It is Roddick who is the devastating combination of both these individuals, along with a serve that reminds you of a certain Croatian called Goran Ivanesevic. At the tender age of 21, he became the new face of tennis and symbolized the power game perfectly.

A native of Omaha, Nebraska, Andy Roddick was born on August 30th, 1982. His father Jerry, an investor, and mother Blanche, director of the Andy Roddick foundation, had already given birth to a highly athletic family: Andy’s brother John was an All-American tennis player at the University of Georgia, and oldest sibling Lawrence excelled in springboard diving. In 1986, the entire family moved to Austin, Texas, and then to Boca Raton, Florida, in 1992, with a view to provide better tennis facilities to John. Andy, who was ten, and the star basketball player at the Boca Raton Preparatory School, began to hit the tennis courts every day for practice. He soon began to participate in state tournaments. Wins in the U.S. junior system made his parents sit up and take notice of his incredible talent, and soon the famous French coach Tarik Benhabiles took him as a ward. Andy was now on his way to take on the world.

Roddick’s phenomenal rise could be gauged from the fact that in 1999, he entered three U.S. events, where the top juniors competed and lost in the first round of each. In 2000, he won the junior Wimbledon and U.S. Open, and reached the quarterfinals at The French Open, becoming the top-ranked junior in the world. He turned pro in 2000, and by the year 2002, he had already won two major events, and was ranked as one of the Top ten players in the world. In the year 2003, he reached the Australian Open and Wimbledon semi-finals, before he won the U.S. Open.

Roddick was criticized for having a one-dimensional game that was centered around his monster serve, but after he teamed up with Andre Agassi’s former coach Brad Gilbert, he has managed to channelize his natural aggression into a multidimensional game. Various injuries and stomach viruses caused Roddick to reevaluate his fitness regime, which not only made him injury-resistant, but also improved his lateral movement on the court.

For a moment, there was a real fear about what would happen to tennis once Pete Sampras and Andre Agassi quit. These two individuals not only accounted for most of the major trophies, but also for the majority of the cash that sponsors were willing to shell out for tennis tournaments. The non-Americans―Ferrereo, Hewitt, Federer, Henman, and Coria were great tennis players, but they seemed to lack in star power, which is very often the main factor when it comes to allocation of sponsorship money. Then came Roddick, a perfect combination of a great game, good looks, and a clean image. He became a marketer’s dream. He has been featured in a score of non-sports magazines from Rolling Stone to Vogue. Sir Elton John did a write-up on him for the Interview Magazine, and he was chosen Sexiest Athlete by People Magazine. Andy became only the second tennis player after Chris Evert to host Saturday Night Live. He opened the NASDAQ Stock Market in October 2003, and has thrown the first pitch at several Major League Baseball games, including the Oakland-Boston playoff series.

Andy retired from professional tennis in September 2012, with 32 singles titles, while also achieving the number one ranking in 2003, the same year he won the US Open.