Easy Baseball Drills to Practice Your Hitting and Pitching Skills

There are practice drills for every aspect of baseball, from hitting, to fielding, to catching. Practicing them will help you improve your overall game to a great extent.

There are practice drills for every aspect of baseball, from hitting, to fielding, to catching. Practicing them will help you improve your overall game to a great extent.

The only way for a player to be at the top of the rung is to practice hard and focus on his game completely. Practice drills consequently come into picture. Join me, as describe some drills which will be useful for you to follow.

#1: Practicing hitting with a batting tee and a bag of wiffle balls is the best drill. Just tee it up and start hacking. The sooner you can hit a wiffle ball cleanly off a tee, the faster you will get better at hitting. Once you start hitting accurately, it acts like a knuckleball.

#2: The purpose of this drill is to help a player improve on hitting inside and outside pitches, and keeping his stride same simultaneously. It goes like this. Have a tee up in front of the plate in the inner part for simulating an inside pitch. Then place the other tee in the center of the plate, on the outer side, to bring about the appearance of an outside pitch. The catch here is that, the tee for the inside pitch has to be lower than the outside tee. Finally, put two balls on the tees and have the player take his stride. The player will then call out inside or outside as he comes to the end of his stride. Eventually, the player will then have to swing and hit the corresponding, appropriate ball. This drill can easily double up as a part of a team defensive drill.

#1: The objective of this drill is to let pitchers work on pickoff moves to first, and runners to improve on reading the moves of the pitchers and getting a good jump. You will need four pitchers on the mound, each facing a base. Have one player as a first baseman at every base, and then a runner leading off each base. Every pitcher will get a different home plate and first base. Then the drill. The coach stays on the mound in the middle of all the pitchers. He will tell the pitchers to either pickoff the runner or create a scene of a throw home. Those who are running will always be trying to steal the base and get a good jump. 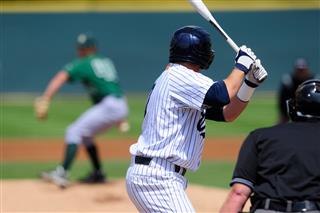 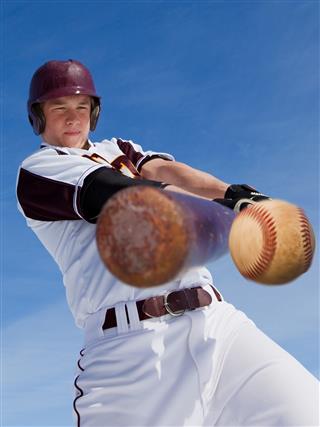