Baseball Vs. Football: The Age-old Debate

The discussion regarding baseball vs. football is a never ending one for Americans, as both these sports are very close to the heart. In case you want to get into this humdinger of a debate, this article gives you precious insights.

The discussion regarding baseball vs. football is a never ending one for Americans, as both these sports are very close to the heart. In case you want to get into this humdinger of a debate, this article gives you precious insights.

Hotdogs, Diet Coke, a TV, and a baseball game. Or is it a football game which has your favorite team playing? What would you choose between? American football or baseball? I mean, baseball is the national game, and American football, nothing gets bigger. One thing is for sure though, both these games have a phenomenal fan following. Pitch in to get a lowdown on what this fuss is all about.

The Never Ending Debate of Baseball vs. Football

How do you determine which sport is the most revered one? Besides, talking about sheer numbers, both have around half a billion fans worldwide. Well, here goes…

For starters, as George Carlin, a Grammy Award-winning standup comedian said, “Baseball & football are the two most popular spectator sports in this country. And as such, it seems they ought to be able to tell us something about ourselves and our values.” So, we start off with attendance and the number of spectators these sports attract. According to statistics, in the year 2000, the number of spectators at a football game was more than one and a half times of a baseball game on an average. That probably explains why National Football League (NFL) is such a huge deal in the USA. This above mentioned figure though, is based on the attendance of an entire year, divided by the total number of games played in these 2 sports. For some, this might seem like a verdict, that yes, football is the winner. But wait up, there is more.

Yes, baseball is the national game, though when it is about ratings, NFL, again wins hands down. The NFL masters have formulated the regular season matches and the schedule in a way that it has become a must-watch. The reason? Well, football happens couple or 3 days in a week, whereas, baseball games are on every night. The seasons are also a cause for that. Baseball is played in spring. On the contrary, the football season commences in fall. This also is a reason for the huge difference in the number of spectators as well as the revenue generated. More people watch football matches since they are not on everyday. Obviously, the ratings a channel will get due to football is going to be much more than what it will get from baseball. Another reason for this could be the ticket rates for both games. A football ticket is much more expensive than that of a baseball game.

Again, as per observations and studies, baseball players are not hounded much by the paparazzi in case of a controversy or any philanthropic endeavor. On the contrary, if a football player does any such thing, he is sure to get a lot of footage in the media. Then, eventually it boils down to what impact these players have on the society.

Well, as it seems pretty evident, baseball needs a strategic and intellectual approach, as compared to football. Football is all about ‘coaches’ going around in a military-like conduct, compelling the players to slog. Baseball has a manager, just like soccer. In addition to this, baseball seems never ending in comparison to football.

Of all the things where baseball gets an edge is the money the players are paid. Baseball players get paid more than their American football counterparts. The difference, however, is not too gaping, but it is identifiable. However, its impact on the number of people following these 2 sports is foggy.

And finally, these sports are completely different, and they cannot be actually compared in any way. The above were just some of the factors which may help us come to a conclusion as to which is America’s favorite pastime. It is, at the end of the day, for the spectators to decide which sport is the one they are crazy about. 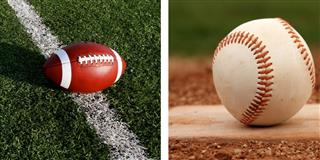 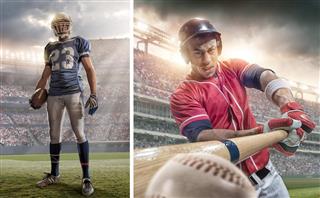