Here are the Standard Dimensions of a Beach Volleyball Court

Beach volleyball is a fun sport which is gaining more and more popularity as the years go by. So what are the court dimensions in this game? Let's have a look... 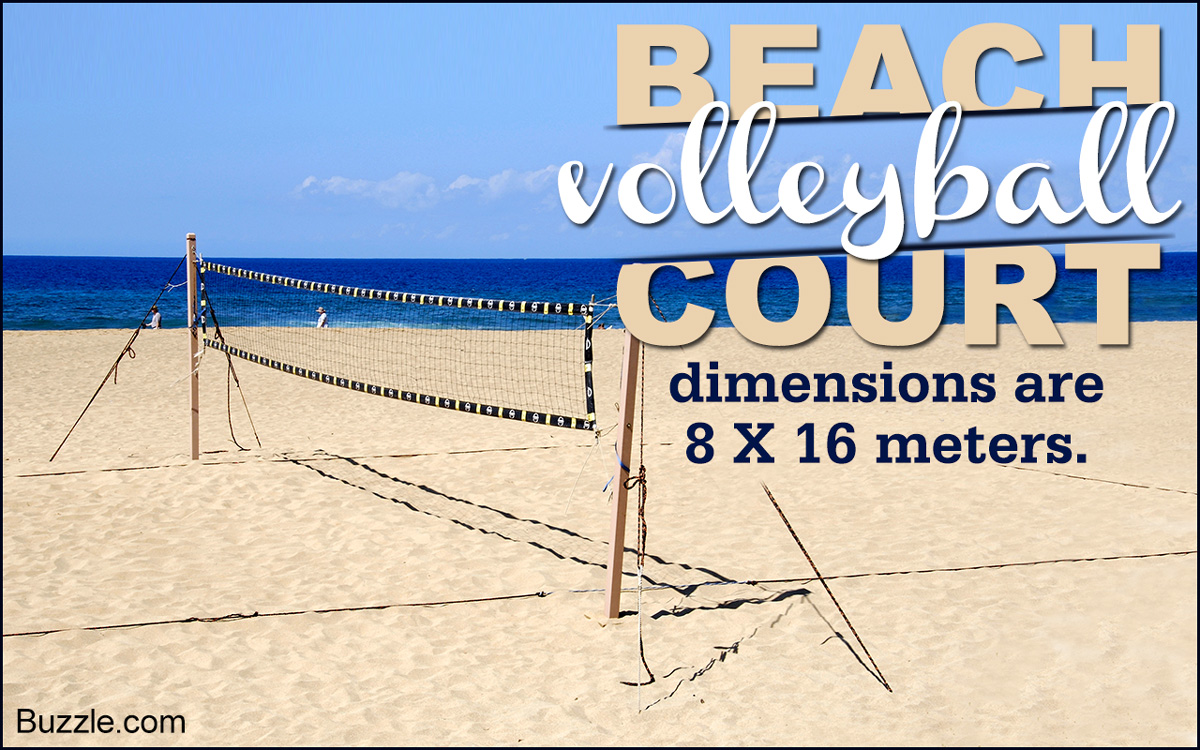 Beach volleyball is a fun sport which is gaining more and more popularity as the years go by. So what are the court dimensions in this game? Let’s have a look…

No more simply a fun for all game to play on the beach, beach volleyball, has, over the years, slowly become a widely competitive sport. It is a game which draws a lot of fans from all over the world, to an extent that it is now a major televised competitive sport played at all levels. And when competition comes in, formal rules and measurements become pretty crucial to maintain fair play and the spirit of the game.

Beach volleyball was played at the Barcelona Olympics of 1992 in Spain, as a demonstration event. It got official entry into the Olympic fold as a competitive sport at the 1996 games held in Atlanta, US.

Since beach volleyball has only 2 players per team as opposed to 6 per team in indoor volleyball, the court size is smaller than that of indoor volleyball. But then again, sand on the beach being softer than the hardwood court, players can have better reach, and are able to dive, which improves their reachability.

The main difference between beach volleyball and indoor volleyball is obviously the playing surface. The playing surface should have sand of uniform sized granules which is 40 centimeters deep. Before the game starts, it should be ensured that the sand contains no dangerous particles such as glass or sharp metal, or anything apart from sand which could cause the players any sort of injury.

The lines should be 5 – 8 centimeters wide, and should be in a color which can be distinguished from the color of the sand. They should be drawn with something that doesn’t fade out, and remains visible throughout the course of the game.

As you can see, a beach volleyball court design is not too difficult to understand. So, the next time you go for a nice vacation on the beach with your friends, you can lay it out and have a lot of fun. 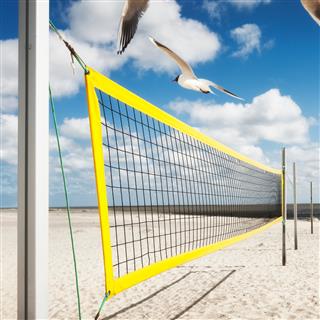 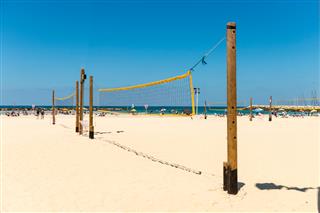 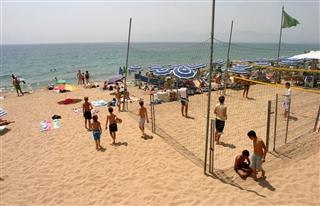