A good and creative name can give a unique identity to your team. That is how people will know you and your team the entire season. Therefore, naming your team is a big decision to make. We bring you some of the best names for Powderpuff football teams. Have a look! 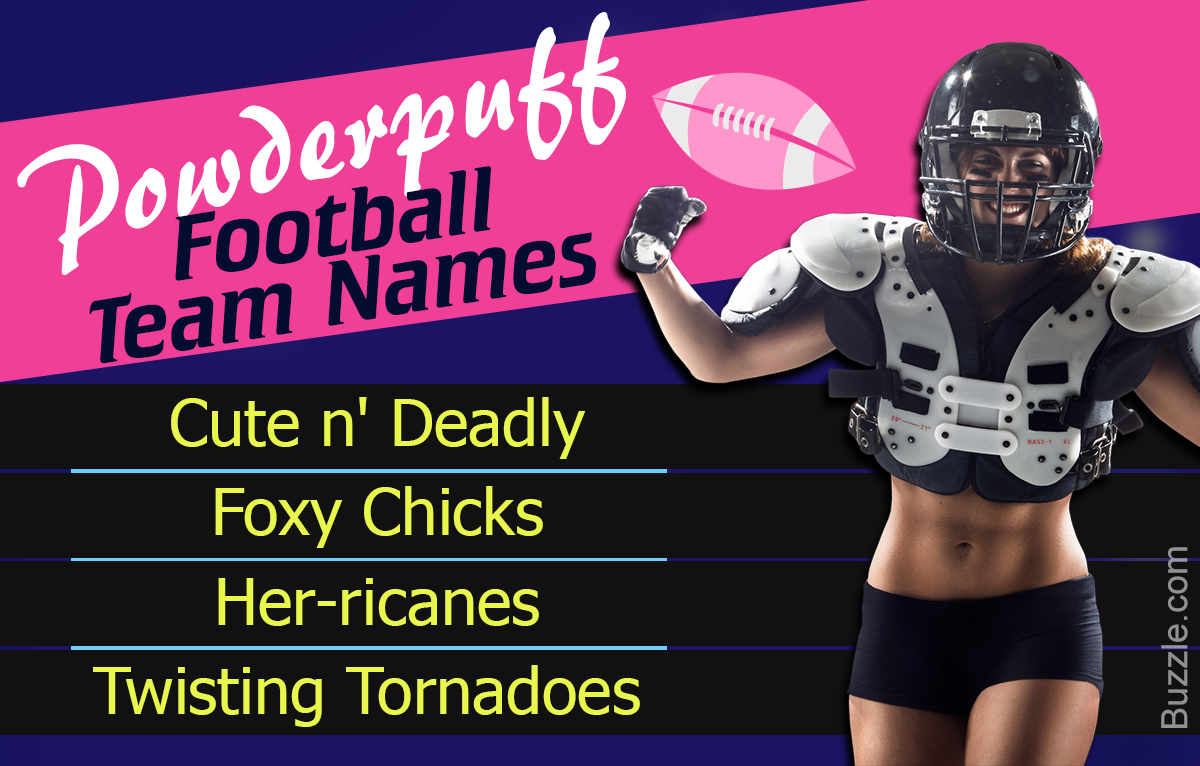 A good and creative name can give a unique identity to your team. That is how people will know you and your team the entire season. Therefore, naming your team is a big decision to make. We bring you some of the best names for Powderpuff football teams. Have a look!

Although it is not clear when powderpuff football actually started, there is a photographic evidence of it being played in the year 1931 at Western State College of Colorado.

Powderpuff football is an annual high-school event in which girls’ teams compete against each other for a rough and tough game of football. They are coached by the boys who actually play football. It is actually a Flag football or Touch football game played amongst girls, in the United States and Canada. The term originated from ‘powderpuff’, a soft material used by girls to apply powder on face. It is usually played before the homecoming. It is a fun game that takes in many of the rules and regulations of its more violent counterpart. The funds that come from tickets and concession sales mainly go to a charity, senior class, or dance.

Whether you are going for funny, clever, or flamboyant names, the name of your team should sound good when used. We have compiled a list of 102 names from all over the Internet to make your task easier. Check them out!

So, selected any names yet? Choose a name such that it describes your team and make sure it’s a funny one because people do not forget funny and wacky names that easily. We hope this list caters to your needs, and we’re sure you can come up with uncountable creative and cool names. Use this list as an inspiration or mismatch the names to create some new and interesting names. You just need to use a bit of creativity! Please feel free to mention them in the comments section below.

Disclaimer: The names mentioned in the list above may already be registered to an entity or an organization. They have been listed here with the clear intention to provide ideas.