If you are planning to start playing the game of American football, then there are some accessories that you need to have. Here's more about that...

If you are planning to start playing the game of American football, then there are some accessories that you need to have. Here’s more about that…

The origin of football in America can be traced back to rugby, and has resulted from several major divergences of rugby. The rules of the game were instituted by Walter Camp, also known as the ‘Father of American Football’, who at Yale Camp helped evolve the rules of the game away from Rugby and Soccer. In 1920, the American Professional Football Association was formed, which changed its name to the National Football League (NFL) two years later, and went on to become the major league of American football.

As the game played is very rough, bordering on violence with the players falling and constantly crashing into each other, a number of accessories are used by a player in this game. Here they are…

Football helmets were first created by Paul Brown, and are primarily used as a protective device. It is made of hard plastic and has thick padding on the inside, a face mask made of metal bars, and a chinstrap to firmly secure the helmet. It is mandatory to wear helmets while playing. A new and comparatively recent addition to the helmet is the visor or the eye shield, to protect the eyes of the players from glare and injuries. When visors were introduced, they were either clear or smoked. However, recently, the manufactures have made things more colorful, and the visors are available in a range of colors, some of the more popular ones being blue, gold, rainbow, silver, and amber. However, it is advisable to wear clear visors, because in case the player suffers a head injury, then the coaches and trainers can look at the eyes of the player to determine if they are conscious.

If helmets were created for safety, decals and stickers are being used to increase their ‘beauty’. Stickers can be used to indicate the team logo, national flag, league logo, a way to put across the player’s point, or simply to make the helmet look more appealing. You can also wear decals to show your support to a team.

Decals can be found in most athletic stores, and are also cheap and long-lasting. Many decals are removable and reusable. As they are made of durable plastic, they do not fade out over a period of time. Decals are available with paper backing, and can be used by simply peeling them off and sticking them to the helmet by moistening the back. These types of decals can be removed after a match and can be reused. Decals with permanent glue are also available. However, they cannot be removed after a game, and usually fade with time. Additionally, decals can be self-designed. This is a good option for small teams and high school teams. As a matter of fact, some teams use this method to raise money for the team by printing a large number of decals at discounted prices, and selling them at games and meets to parents and fans.

With the game gaining unprecedented popularity across the world, helmet display cases have become an accessory that any fan must possess. These cases are used to keep and display helmets of a fan’s favorite player. These cases come in all shapes and sizes, and are available from $50 onwards. The case may be either made of glass or acrylic, and are wall mounted or table top.

Football boots are specialized footwear used by players while playing football. They come in various shapes and sizes, and are made using a variety of leather, with kangaroo leather being the most preferred. Football boots also have studs protruding from the soles. These boots are also known as ‘cleats’. Recently, shoes with specially designed boots known as blades having molded soles facing in multiple directions to maximize grip and minimize ankle injury have been gaining a lot of popularity. However, these boots are also getting a lot of criticism, as they can cause serious injury to other players.

From the humble beginning of the game is 1869, when the first inter college game was played between Rutgers and Princeton, football has become a multi-billion dollar business in its professional form. 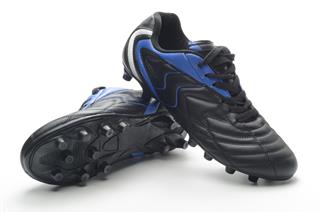 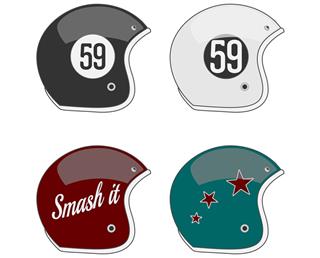 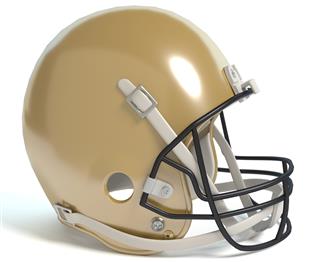