I know that everything going on World Wrestling Entertainment (previously WWF) is scripted and choreographed. The wrestlers are made to work like manual laborers, and according to them their pay is equal to a manual laborer. 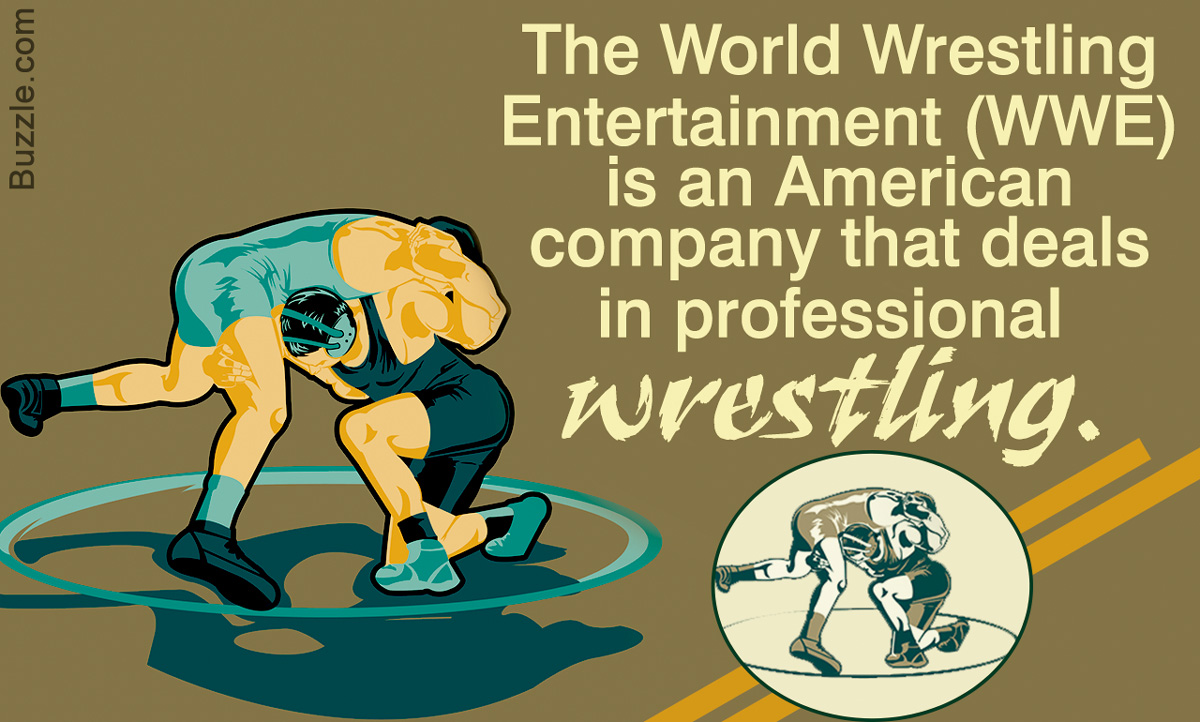 I know that everything going on World Wrestling Entertainment (previously WWF) is scripted and choreographed. The wrestlers are made to work like manual laborers, and according to them their pay is equal to a manual laborer.

In fact, the number of underground Internet mags which give me the lowdown about the real life of a wrestler would put to shame any not-interested-but-wants-to-rag-wrestling individuals out there.

I, of course, do not need to give anyone a reason why I like the WWF. But I shall do it to support every teenager who is stumped every time their (you think there are no female WWE fans, the operative word being ‘think’) parents ask them.

I grew up with it. It was one of those easygoing, senseless, and brainless entertainments that were not freely available at my time. Therefore, sometimes, the stories about how I (we) smuggled these tapes and watched them were more entertaining than the matches themselves. I mean, have a look at these names, and tell me how bad were they back then as compared to some popcorn shoot-’em-up game today:

Hulk Hogan: I know about all the jokes about him and cereal boxes and wrestling matches. And I should tell you the truth here, I did not think he was any great shakes even back when I was a teenager. For our group, we needed finishing moves and either brute or quick wrestling. Hulk Hogan had neither of these, and we did not consider him much of a hurricane back then.

Yokozuna: Yes, this was one guy we were actually scared of. I mean, looking at his form would send shivers down any twelve years old. We always considered him to be a career-finisher (If I did not tell you, some of our friends thought it were all real, and some did not. I was the one who thought it was real for around six months and understood after that). I mean, he did bang up Virgil (remember him?) bad, and he was never seen after that.

Ultimate Warrior: This is the wrestler who actually reminded me about my passion for wrestling, and is the reason I am writing this article. I am sorry to say that I have rarely seen him in action, but the Internet is a boon for me, I get a picture of how he must have been back then.

Papa Shango: I still think this wrestler was actually never used nice by Vince McMohan. I mean, he had one of the greatest storylines, and he was awesome when used well. Sadly, he was lost in the muck of wrestling politics.

Tatanka:I will be content to know that most of you guys didn’t even know him. It is all right. He had a very short-lived stint in the WWF. But I liked his colored Mohawk.

Undertaker: Dead Man Walking. These three words say it all. I cannot frigging believe that this guy is still around and is giving people like The Great Khali a run for their money. According to me, the Undertaker’s is the greatest wrestling characterization and storyline ever.

Bret ‘Hitman’ Hart: The small dynamo. I sometimes wonder how this guy could get away with a pink and black costume, but then, sometimes such things do happen, you see.

Rick and Scott Steiner: Big Poppa Pump for the newer generation. The only thing we found funny about these guys were their Olympic gear and their doggy antics in the squared ring now and then.

There are, of course, many other wrestlers who had kept me quite regaled all those years. Earthquake, Typhoon, these are the guys my teenage life is made up of.

It was cheap and guaranteed bang for the buck. What better can you actually offer a hormonal teenager than larger than life bodybuilders beating the pulp out of each other in terms of senseless entertainment?

All said and done about senseless entertainment, in the past times, WWF was something that put the ‘Good Vs Bad’ and ‘Good Doesn’t Always Win’ idea firmly into place in my mind. Also, some of the storylines and ideas were actually Hollywood material.

But of course, like all good things to grow up and become a commercial frustration of their small time life, even the World Wrestling Federation grew. Somewhere around the ’00s, they got the ‘F’ out, because they lost a case against the ‘World Wildlife Fund’, gave all their wrestlers T-shirts saying ‘Get The ‘F’ Out’, and came in the new avatar of WWE.

I am in a mixed mind here. I still do not know whether I like WWE or not. Of course, there are a number of reasons why I do not like the WWE, as well as why I like WWE. Here’s a quick paragraph about why I like it.

The action has become more brutal and realistic. I know that this means that the injuries have become more serious, but well, that’s business anyway.

And here are the reasons why I don’t like the new WWE:

They have gone a bit adrift from real wrestling. I mean, I think only Gail Kim can actually stand up to a Chyna of yesteryears, and the diva search is a pack of crock anyway.

Wrestling Entertainment must never have been so commercialized ever. In the good old days, all feuds would start at one Pay Per View (PPV) and end at the next PPV, with the good winning over the bad. Today, with the complexities of gray characters and other politically correct stupidities, the good wins over the bad after at least two to three PPVs, which I do not like.

And this brings me to yesterdays WWE that I saw. I had heard on the news that someone called ‘The Great Khali’ from India had actually made it into the squared circle. Now, this guy reminded me of Andre the Giant and stuff, and I always wanted to see him in action. And though YouTube offered me a lot of wrestling videos, I didn’t see him in televised wrestling programming until yesterday.

I have to say one thing to Josh Matthews or whatever that person’s name is, who comments on Afterburn and all those programs of the WWE. It is not pronounced as ‘P-u-n-jabi’, the ‘u’ is silent. It’s pronounced as Panjabi, see, there’s an ‘a’ in place of the u, get it? And believe me, using a ‘u’ for an ‘a’ is sacrilege. It’s like pronouncing ‘Sean’ as ‘S-e-a-n’, when it should be ‘S-h-a-u-n’.

Another thing that saddened me is the ridiculous levels Dalip Singh Rana has sunk down to achieve global acclaim. I mean, why does he act like some rustic Indian who doesn’t know English? If he doesn’t (or did not know English), isn’t it a long time that he has been globally around and should have at least learned passable English by now?

These, are other happenings, give me reason to believe that Vince has actually finally lost it, and is making a good staple entertainment something high on stupidity value.