The Long and Fascinating History of the Horse Racing Industry 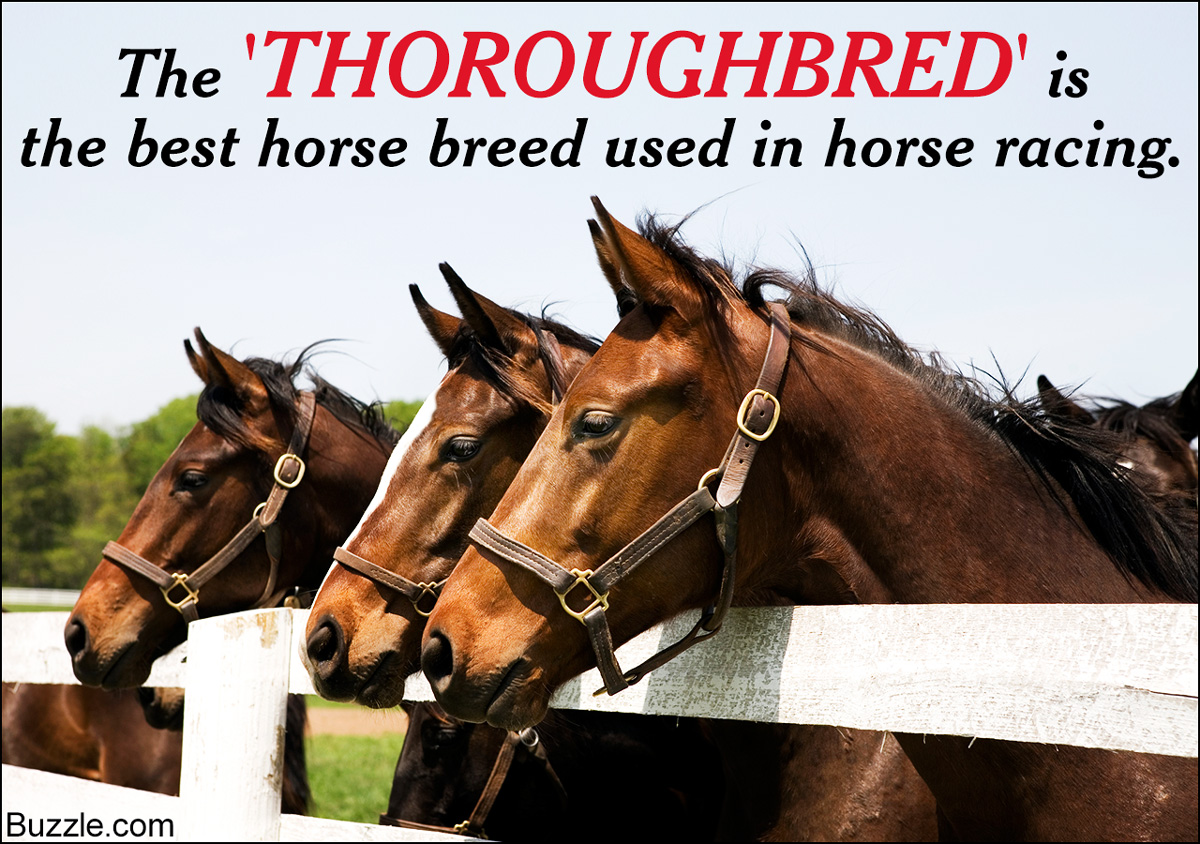 Horse racing has become a symbol of aristocratic lifestyle. It is a magnificent game, enjoyed by wealthy people. Horse racing is being enjoyed for centuries. It used to be a part of the life of kings and knights, and it still continues to hold a big influence on those who belong to the creamy layer of the society. The history of horse racing as a sport dates back to the 12th century, when English knights returning from the crusades used to bring swift and stout Arab horses with them. As more and more Arab stallions were imported to England and bred to English mares, exclusive racing horses that exhibited superb speed and endurance were produced. Slowly, two-horse races to find out the fastest horse became a popular sport activity of the noble families. The history of the horse racing industry informs us that horse racing became a professional sport in the 18th century.

Historical records show that horse racing (chariot and mounted horse racing) was common in the ancient cities of Babylon, Greece, Rome, Syria, and Egypt. Chariot racing and mounted horse racing were included in the list of events in the Greek Olympics, organized in 648 BC. According to the history of horse racing, the official Jockey Club was founded in 1750, in England. The rules of racing were formulated and the standards of horse racing were defined. Then onwards, the races were considered as the tests of excellence. The club still governs English racing. Since historical times, horse races have provided excellent entertainment for all types of crowds. As horse racing demanded exceptional skills from the horse, specialized breeds were purposely and systematically developed. Growing demand for skilled horses, riders and the related equipment gradually led to the growth of horse racing industry.

The ‘Thoroughbred’ is the best horse breed that is used in horse racing. It is a hot-blooded (showing more sensitivity and energy; calm and quiet horses are referred to as cold-blooded), purebred horse, known for grace, agility, speed, liveliness and spirit. Flat racing (over a level track), steeplechase (racing over hurdles), and harness racing, where the driver is in a sulky (a lightweight open cart without a body, which has two wheels and a seat for the driver); are the main types of horse racing. Thoroughbred, Quarter Horse, Arabian, Paint, and Appaloosa are the breeds which excel in flat racing. Different horse breeds excel in different types of racing. Let us now take a look at the horse racing history of the United States.

History of the Horse Racing Industry in the United States

In the U.S., after baseball, horse racing is the second most popular spectator sport. The early British settlers brought horses and introduced horse racing to the inhabitants of the New World and thus it became popular in North America. The first horse racing event in the United States was organized on the Salisbury Plains (now recognized as the Hempstead Plains of Long Island, New York) in 1665. The first race track was constructed there. The actual record book, The American Stud Book, came into existence in 1868. With the flourishing economy and rapid progress in industrialization, leading to increasing income, horse racing betting strategy gradually evolved. People were fascinated by the idea of gambling on racehorses. Some gained immeasurable wealth while some lost everything they had. Records show that by the end of 1890, there were 314 racing tracks in the U.S. Since horse racing was giving rise to criminal activities, the American Jockey Club was founded in 1894, in New York. It followed the structure of the English Jockey Club. However, in the early 1900s, almost all states banned horse racing to curb gambling. In 1908, there were only 25 tracks in the country.

In the same year, 1908, parimutuel betting was introduced and it brought about dramatic changes in the horse racing industry. Prosperity after the end of the first world war again fetched spectators towards the racing tracks. Great horses like Man o’ War were the stars of the racing tracks. During the second world war, the popularity of the sport decreased. When the U.S. Triple Crown was introduced, horse racing again became one of the popular and favorite sports of the nation.

The Kentucky Derby is the most popular Grade I race in the U.S. Every year, it is held in Louisville, Kentucky, on the first Saturday in the month of May. It is described as ‘The Most Exciting Two Minutes in Sports’ as it lasts for about two minutes. It is also recognized as ‘The Run for the Roses’ because the winner is draped with the blanket of roses. The Preakness Stakes and the Belmont Stakes are other grade one races in the U.S. The Triple Crown is a series of these three races. As great horses like Secretariat, Seattle Slew and Affirmed started winning The Triple Crown, the popularity of the sport increased. The Breeder’s Cup races began in 1984. The economic importance of horse racing actually lies in gambling. Records show that in 2008, $115 billion was the amount associated with gambling in horse racing industry.

Horse racing is a glamorous sport, but dangers of horse racing cannot be overlooked. Jockeys suffer from career-threatening and life-threatening injuries. Horse racing can even lead to the death of a jockey. Safety equipment are an absolute must. Horses are often seriously injured. Even if they are not injured, racing (excessive stress) makes them weak. Those who earn billions of dollars from horse races do not bother about the health of the injured or retired horses. Steroids given to horses affect their health significantly. Very young horses are trained and used for racing. Injured and retired horses need comfortable homes but many of them are euthanized. Some charitable trusts do take care of injured jockeys and horses.

In ancient times, horse riding skills were required for fetching success during battles. Now, horses are not used during wars, but horse riding skills have been preserved through horse racing, which otherwise would have disappeared quickly. It is true that the horse racing industry generates jobs for millions and the dangers are being lowered gradually, but horse racing should not be taxing on either the animals’ delicate bodies or the jockeys. Those who enjoy watching horse racing should keep it in mind that horses are not made for racing. They also have the right to enjoy natural life. 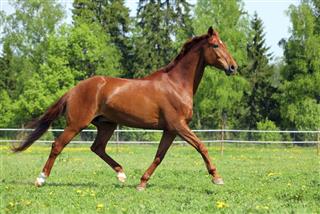 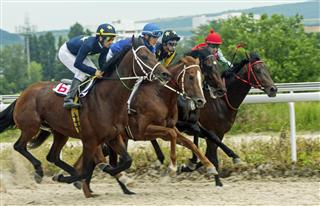 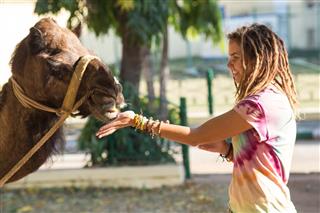 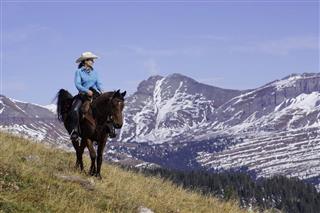 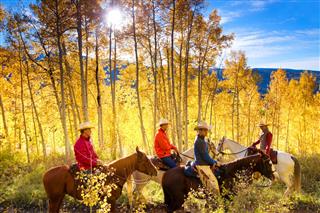 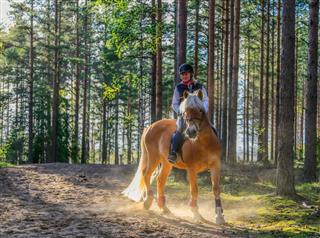 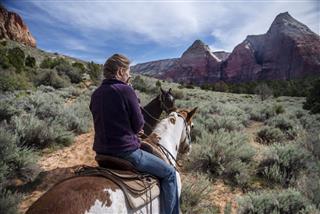 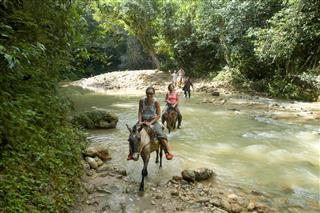 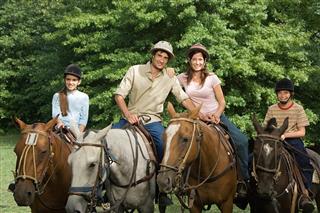