Surprising Revelations About the History of Shotokan Style Karate

Shotokan is a widely known style of karate typically characterized by the long, deep stances involved, use of linear movements; and the absence of body conditioning and supplementary training exercises which happen to be the characteristic traits of Okinawan Goju-Ryu Karate. Even though the circular movements typical to Okinawan styles of karate are seen in Shotokan karate, the use of these movements is minimal here.

While the history of martial arts in particular is a subject of debate with historians coming up with different claims, no such confusion prevails when it comes to Shotokan style karate history. One of the four major schools of karate in Japan, Shotokan karate was developed by the ‘father of modern karate’ – Gichin Funakoshi, back in the beginning of 20th century.

The History of Shotokan Karate

Okinawa-Te or Tode was the collective term for three branches of self-defense – Shuri-te, Naha-te and Tomari-te, each of which was named after the Okinawan towns wherein they were developed. As time elapsed, these three branches of self-defense developed into two main styles of karate – Shorei-ryu and Shorin-ryu. Even though the ban on martial arts, which was in place since the 17th century Japanese invasion of Okinawa, did pose a problem for the development of these styles of Okinawan karate, many people successfully mastered either of these two styles, while some went on to master both simultaneously.

Gichin Funakoshi was one of those individuals who mastered both these styles of Okinawan karate – Shorei-ryu and Shorin-ryu. He had begun taking his lessons at a very young age from stalwarts of the field – Anko Itosu and Yasutsune Azato. Funakoshi spent several years mastering these two styles of this martial art.

In 1902, the ban on martial arts in Okinawa was lifted at the behest of the Shintaro Ogawa, the Commissioner of Education, who insisted that these martial arts should be included as a part of the physical education in schools. This turned out to be a milestone for the development of this martial arts in this region. Gichin Funakoshi combined the karate techniques of the two styles – Shorei-ryu and Shorin-ryu, and formed a new style, which was eventually named Shotokan by his students.

Funakoshi never named his newly developed style of karate, but simply referred to it as karate. He did change the names of some katas (sequence of positions and movements) though in order to make the pronunciation of Shotokan katas in Japanese Honshu dialect easier. The name ‘Shotokan’ was actually given to the dojo (training facility for martial arts) built by Funakoshi in 1939 by his students.

Funakoshi’s students combined ‘shoto’ meaning pine-waves (which was the pen name used by Funakoshi) and ‘kan’ meaning house, to come up with this name in honor of their sensei (teacher of martial arts). The same dojo was eventually destroyed in the bombing by allied forces in 1945.

The Kyu/Dan rank system and the keikogi (uniform for training) developed by the founder of judo – Kano Jigoro, was adopted by Funakoshi for his new style of karate in 1924. This rank system used color belts – white, brown, and black, to denote the rank.

On 10th April, 1924, Funakoshi awarded the first Dan ranks to his students Otsuka, Tokuda, Hirose, Shimizu, Akiba, Shinyō Kasuya and Makoto Gima; all of who eventually went to become famous Shotokan practitioners. In 1948, Funakoshi established the Japan Karate Association – which is considered to be one of the most influential Shotokan karate organizations in the world even today, and continued to head it till he died in 1957.

After Funakoshi’s death in 1957, his students continued to spread Shotokan style of karate in other parts of the world. The credit of bringing this martial art to the United States goes to Tsutomu Ohshima, a direct student of Gichin Funakoshi, who founded the organization named Shotokan Karate of America, in 1959. Internal disagreements have resulted in development of more than one schools of Shotokan karate in course of time, though each of them have the influence of Shotokan developed by Funakoshi. 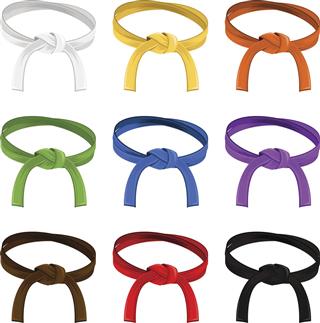 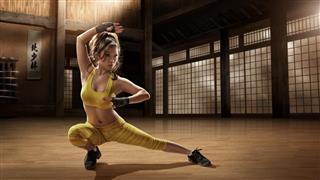 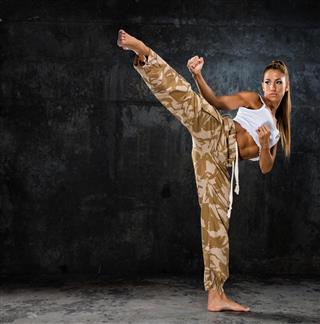