How to Juke in Football

A juke move not only can help you win the game, but also makes you a skilled athlete. Read how to juke in football, from the following article...

Home / Uncategorized / How to Juke in Football

A juke move not only can help you win the game, but also makes you a skilled athlete. Read how to juke in football, from the following article… 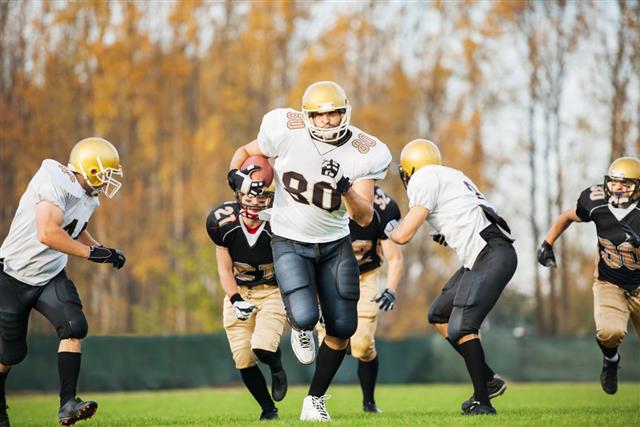 What is juke? In football, a juke is a move where a player deceives his / her opponent on the field. A juke is also known as the ‘Stutter Step’ or ‘Shake and Bake’. This is an offensive move where the player outmaneuvers his / her defensive opponent by performing this fake move. Many a time, regardless of what sport you’re playing, different kinds of moves are done to confuse the opposing players, so that you can gain points and win the game. A juke is no different. If you are aspiring to be a football player, then perhaps you should master your skills on this move. As you read the rest of the article, you will find the correct steps on how a juke is properly done.

In order to juke or mislead defenders, a running back has to learn the correct way to perform the move. Once the running back comes into a clear space after breaking through the line, the player will come against a linebacker or a defensive back. Here, the offensive player needs to put a move on the opponent player, so that he / she can get additional yardage.

You can try some football running back drills to sharpen your skills as a player. While performing the juke, make sure that you don’t slip down and cause a turnover. Which is why, tightly holding onto the ball is the key in this move. Also, shaking your body, and doing a few steps (going right, left, right, left with your feet) is a good way to throw your opponent off guard. Keep your eye on the defender, and do not lose sight of the player, because then you’ll be confused as to which way you should be going.

Along with knowing how to juke the right way, speed is also crucial. If you aren’t fast enough to juke the opponent, you can’t really carry out this move properly. Practice as much as you can, and try working on various moves in football that will help you become a better player.