Under the excellent leadership of M.S. Dhoni, the men in blue finally did it! India won the World Cup 2011 defeating Sri Lanka by 6 wickets emulating the victory of 1983 World Cup Cricket, under the captaincy of Kapil Dev, the ace all rounder. 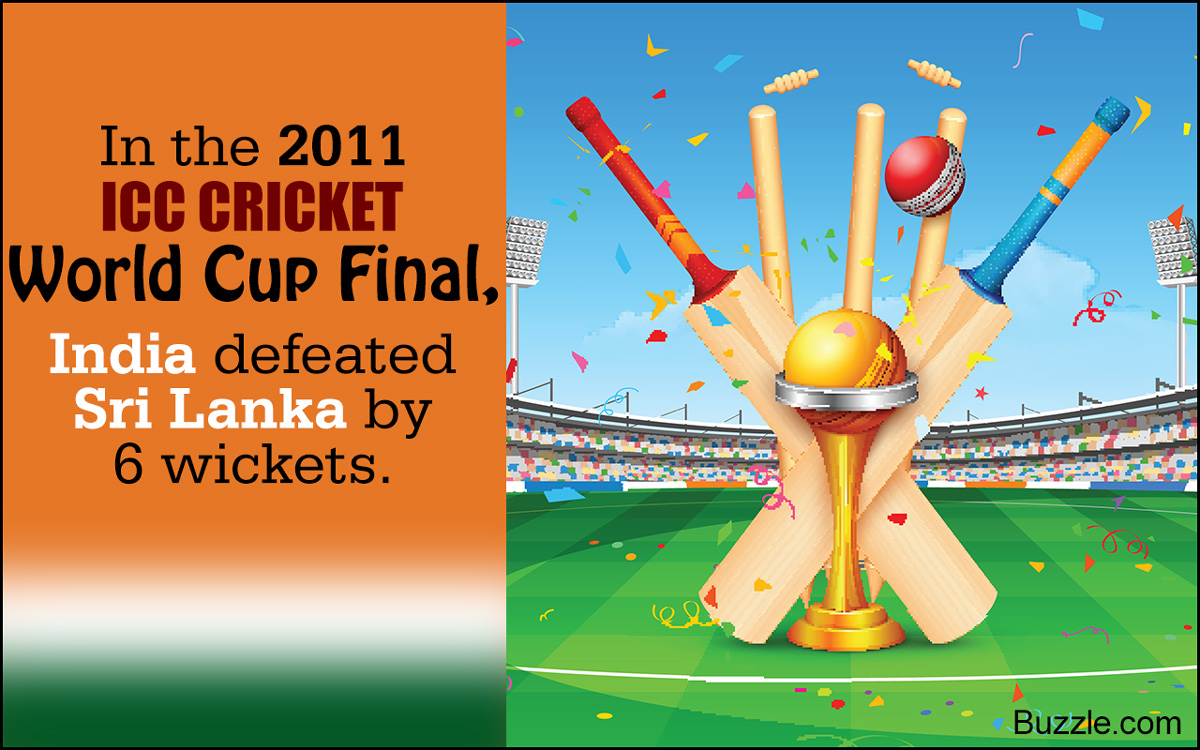 Under the excellent leadership of M.S. Dhoni, the men in blue finally did it! India won the World Cup 2011 defeating Sri Lanka by 6 wickets emulating the victory of 1983 World Cup Cricket, under the captaincy of Kapil Dev, the ace all rounder.

The 28 year wait finally ended when on 2nd April, 2011, Saturday, the Indian Tigers defeated the Lankan Lions to lift the 10th edition of the Cricket World Cup, held at the Wankhede Stadium, in Mumbai, India. The final clash between the two cricket crazy Asian nations was destined to witness a nail biting finish, with both Sri Lanka and India dreaming to lift their 2nd World Cup.

The stage was set for the ‘God’ of cricket, Sachin Tendulkar to win his first World Cup in six attempts, in his hometown and to complete his 100th one day international century. However, not all went fine for the Indians, when they lost the crucial toss amidst thundering noise from the enthusiastic cricket fans present in the stadium.

Batting first, the Sri Lankans piled up a formidable 274 – 6 in their 50 overs with a classic knock of 103 (not out) off 88 balls, from their best batsman, Mahela Jayawardene. In the starting overs, the Indian bowling and fielding was exceptional, however, it was in the last 10 overs that Sri Lankan team capitalized on the remaining batting power plays and was able to set a target of 275 that was certainly a good one in the conditions that prevailed in the Wankhede stadium.

In response to the chase, the 33,000 plus capacity crowd at Wankhede was dead silent when sling-arm fast bowler Lasith Malinga dismissed the Indian opening pair, Virender Sehwag (0) and Sachin Tendulkar (18) with India slumping at just 31 – 2. However, further the partnership of Gautam Gambhir (he was dropped on 30 and escaped a run out chance at 49) and Virat Kohli steered India to a comfortable position. Together, they added 83 runs to the score board which anchored the Indian innings and made way for India’s victory.

However, in the end, it was the cameo innings of the Indian Captain M.S. Dhoni (91 off 79 balls) and dogged persistence of Gautam Gambhir (97 off 122 balls) with a useful 21 runs off 24 balls from Yuvraj Singh that led India to a comprehensive victory over the Lankans. India finished at 277 – 4 on the score board in their 48.2 overs.

Mahendra Singh Dhoni, the Indian captain, was a relieved man after the glorious victory as he had been struggling with his performance in the entire series. While the Indian captain was awarded the Man of the Match award, Yuvraj Singh won the Man of the Tournament trophy. Yuvi, as he is known among his fans, scored four half centuries and a century piling up 362 runs in this World Cup edition. Even though playing the role of a part-time bowler, Yuvi took 15 wickets!! Yuvraj was awarded the Man of the Tournament award for his brilliant all round performance.

With 10 balls to spare, the ‘captain cool’, Dhoni rammed Nuwan Kulasekara for the winning six runs making the dreams of billions of Indians come true. The remarkable feature of this run chase was that it was only the third time in the 10 World Cup finals that any team chasing the target was able to register a win! The Cricket World Cup final was also the last ODI of Muttiah Muralitharan, the greatest spinner ever in cricketing history, who ended his career with a record 800 Test and 534 one-day wickets. The Indian star, Sachin Tendulkar was ecstatic after the victory as he had been dreaming to lift a World Cup ever since he became a part of the Indian team.

The magnitude of celebrations in India was bizarre and millions of Indians partied along the streets all over the country. The Indian team members drenched Tendulkar in champagne and carried him on their shoulders along with the cup, as a mark of respect and tribute to the cricketing legend. Previously, Sri Lanka won the World Cup in 1996 while India achieved the feat in 1983, under the captaincy of the legendary, Kapil Dev, defeating the then mighty West Indies.

The current Indian squad has evolved to become the best cricket team in the world in all formats of the game, be it the tests, T20, or the ODIs. Indian victory in Mumbai was also dedicated to the efforts of the South African coach Gary Kirsten and the team support staff. The end of the glorious World Cup for India brings with it some tinge of sadness as the ‘father figure’ for Indian players, their inspirational coach Gary Kirsten’s tenure is over and he is ready to fly back to his country. However, Indian fans can rejoice from the fact that the World Cup triumph is not going to put a break on Sachin’s career and he has announced to play on. Sachin, we welcome your move and we won’t mind, if you’re there for India, to win the next World Cup! The next edition of World Cup cricket is scheduled to be held in 2015 and will be hosted jointly by Australia and New Zealand. 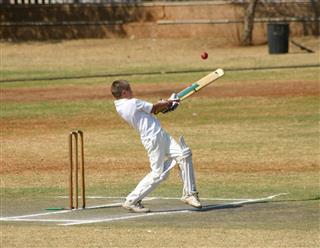 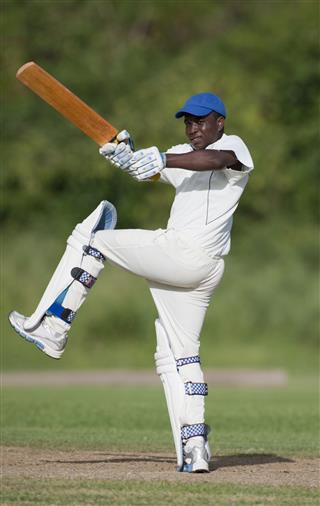