Originally played by peasants, the game of football soon became one of the interesting and challenging sports to pursue. As many children desire to play this ball game, I bring you some rules of football. Have a look.

Originally played by peasants, the game of football soon became one of the interesting and challenging sports to pursue. As many children desire to play this ball game, I bring you some rules of football. Have a look.

The history of football goes long back into the history, when the Greeks and Romans began playing various ball games. Over time, many such games spread all around the world and adapted many new strategies to play. However, the modern football, originates from Western Europe, England. New tactics and rules, brought in a great change in the way this game is played. As the years passed, the game was introduced in many public schools in Britain where many boys from different classes participated in it. As it gained popularity, every country began implementing different set of rules to play the game.

To understand the rules, let’s learn more about football. Every person’s perception towards football is different. For some, the game might be passion or their life, while for some, it might be a game played during spare time. Everyone has their own way of pursuing this ball game. As for me, football is the game of great endurance and challenge. Combination of concentration, skills and determination is the key towards mastering this sport.

Every game comes with certain rules and so does football. To play this particular game, we need players, a field and as the name mentions a ball. To get the idea about how to play football, it involves scoring more points by pushing the ball into the goal line. In order to win, one of the team has to score more points than the other. To reach success Football Association (Soccer) and American Football have laid down some of the winning strategies, which are exported to different countries. This has stimulated the popularity of the game, which is producing many inspiring athletes for youngsters.

As football makes way into different countries of the world, it has raised the hope of many young children who aspire to become legendary footballers. Watching the strength, stamina and skill of tossing the ball has attracted plenty of kids to take up this sport. Though the chances of making it into football leagues is less, encouraging the child to play the game is more important. To get to know the game better, let me get you acquainted with certain football terms and their meanings.

Rules are meant to bring certain discipline among children and disallow any sort of disputes. Therefore, before starting the game, plan certain rules as they make the game fair. After the rules are set up, make two teams having equal number of players. Football has 11 players in each team. However, this is not possible when the kids have just started to play the game. A team that possesses the ball, is the offense team and team that obstructs the other team from scoring, is the defense team.

Football is a field game, which provides enough space to the players to spread out and play comfortably. Actual size of the filed must be about 100 yards with distinguished goal line and border lines on either side of the filed. Children can start playing in their backyard or any open field and decide goal lines or end zones according to the size of the filed.

Every game must be timed or it might unnecessarily get stretched. An official football game consists of four quarters of 15 minutes. Having a certain duration, can help the children motivate and focus more on making goal in the given time span. Children can have the liberty to plan their quarters and divide the time accordingly.

Once the rules and the time has been approved by both the teams, it is time to position the players. Position counts a lot while playing football to avoid confusion among the players. The main aim of each team is to protect their goal line and try to score points by pushing the ball into dead zone of competing team. In order to achieve this, players must be well placed on the field and be attentive to react when the ball is passed on to them. At the beginning, it becomes hard for the children to play with such a proficiency, but with time and practice they can achieve this skill too.

The game begins as one of the team kicks the ball and advances towards the dead zone of the other team to score a point. The team continues to approach the goal line, till they are strongly obstructed by the other team. Both the teams might put up a great defense to avoid defeat. The game continues till the quarter ends and the same is continued for the rest of the quarters.

It is easy to introduce your child to a game of football as it helps to boost up the self-confidence and contributes to a great physique. Learning about the American football rules and knowing the basic football terms can increase the knowledge of the child regarding the game. This can make him more professional and keep him rooted to the game. There is nothing to worry about if the child barely learns the football terms.

As the child puts his heart into the game, he will gradually begin to get acquainted with the rules and terms. Take the initiative to make your child participate in football and watch him master his skills to become a great footballer. 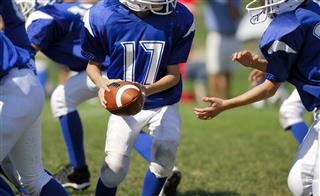 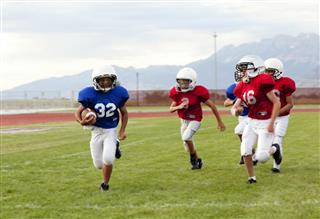 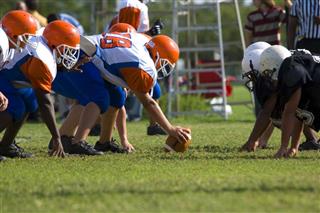 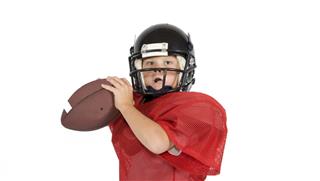 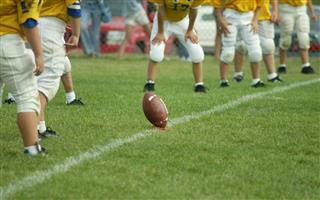