The Basic Judo Moves and Throw Every Beginner Should Know

Judo is a very popular form of martial arts that involves grappling with an opponent at close quarters and then, throwing them off balance. Here are some basic moves... 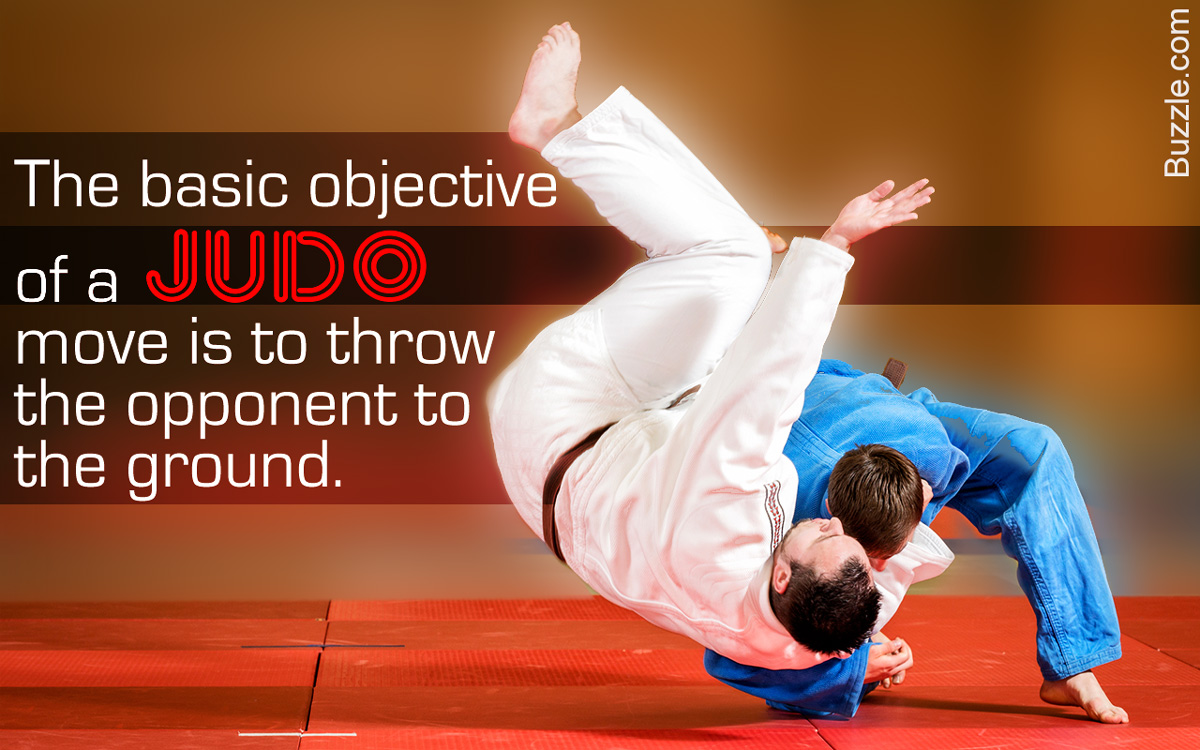 Judo is a very popular form of martial arts that involves grappling with an opponent at close quarters and then, throwing them off balance. Here are some basic moves…

Judo is a Japanese form of martial arts that began in the 19th century. The basis for its moves, is that it is a combat sport that focuses on a tussle between two opponents. The basic moves involve lifting the opponent and throwing him to the ground. Ironically, the term judo literally translates as ‘Gentle way’, a rather inept name for a sport that relies so heavily on physical contact and brawling.

The whole idea behind judo is to use the momentum and movement of your opponent to throw him off balance and toss him to the ground. This sounds far simpler than what it actually is, and it requires a lot of training and practice. Judo as a martial arts form originated from the heavily popular Jujutsu, but it soon developed its own independent identity. In comparison to Jujutsu, judo was much safer for the person being flung to the ground, and the risk of permanent injury was much lesser.

There are two moves in judo that form the basis of all moves, and knowing these is the best way to start learning judo. These two moves are the Ko-uchi-gari (minor inner reaping) and the Tomoe-nage (circle throw). These are highly effective throwing techniques that will serve you well for learning any other advanced throws.

The Ko-uchi-gari is the move that takes advantage of an opponent who stands with his feet wider apart than normal. This makes it difficult for him to maintain his balance, as his center of gravity is much lower than yours. Also note that if his knees are bent a little it will be an added advantage to you. What you need to do is push your opponent with your right hand, while you pull him with your left hand.

You will simultaneously be pushing against him with the right part of your chest, and also pulling his right sleeve downwards with your left hand. Finally, you must conclude the move by pulling out his right foot from under him using the inside of your right foot. This move and technique forms the basis for many other moves, so remember this trick well.

The Tomoe-nage is a very useful judo move that can be used for throwing a much bigger and heavier person off balance. As he is pushing you backwards, you must drop down slightly, to make him lose his balance and stagger a little. Now, as he will be drooping forward, you need to place your left foot between both his feet, and then place the sole of your right foot on his abdomen.

Now, you must fall backwards, and at the same time use your hands and your right sole to hurl him over yourself. If done correctly, he will fly over you in a circular movement, and this will complete the move. It may sound very acrobatic and difficult to carry out, but it is not. This is a very useful move for gaining an upper hand on an opponent who is much bigger than you.

Here are some more moves that are extremely popular and have a large fan base.

There are so many different martial arts types that one can learn today, and this makes the choice a fairly difficult one. Self-defense has long been a very popular subject amongst people, and there are many who are willing to dedicate a lot of time and energy towards learning the best kinds. Judo moves are beneficial because they are more about throwing the opponent to the ground, rather than just punching and kicking.

Over time and with sufficient amount of training and practice, one can learn the most basic as well as the very advanced moves with ease. Once learned, these techniques will never desert you, and they will come in handy on many occasions. 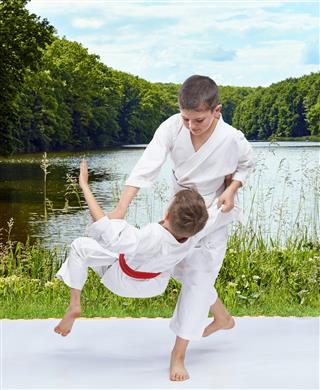