Josef "Jupp" Heynckes was a highly successful German football (soccer) player in the 1960s and 1970s. In the decades that followed, he had a successful career as a manager at top performing clubs around Europe. This post summarizes his career. 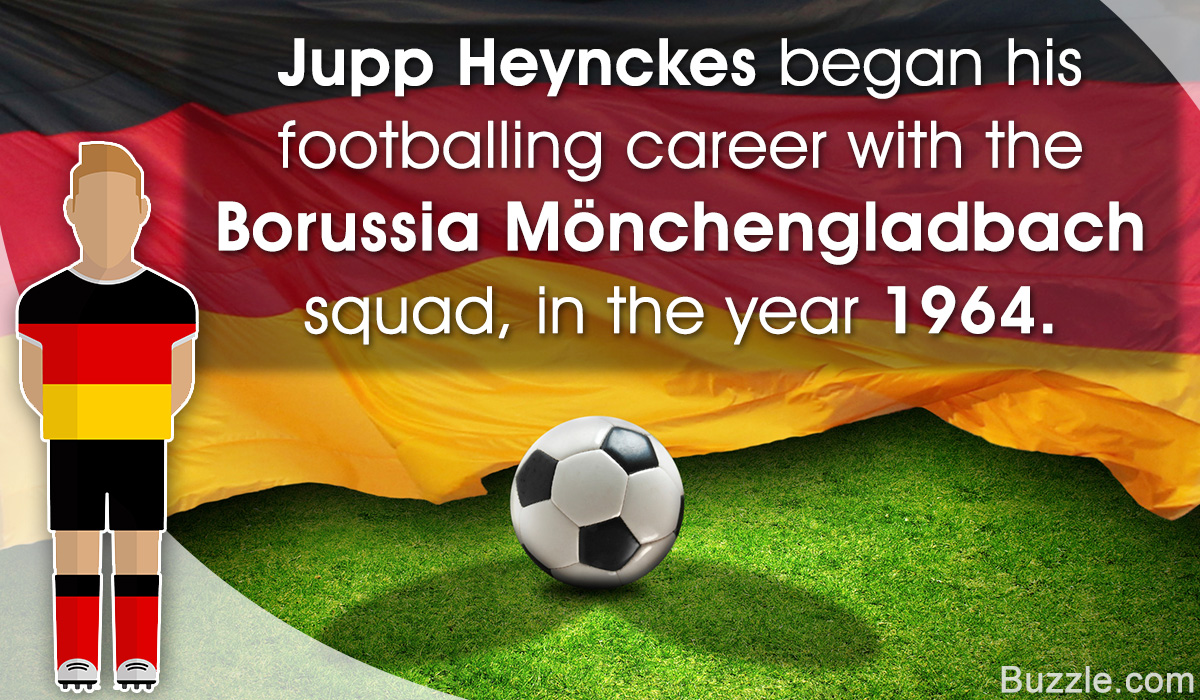 Josef "Jupp" Heynckes was a highly successful German football (soccer) player in the 1960s and 1970s. In the decades that followed, he had a successful career as a manager at top performing clubs around Europe. This post summarizes his career.

Jupp Heynckes, born in 1945 in Mönchengladbach, Germany, was an extremely influential figure in the world of German Football Association. After a successful career as a football player, Heynckes went on to become one of the most skilled managers in the Bundesliga (German Football League).

Heynckes played as a striker which means he played at the front of the field and was responsible for scoring goals. He began his footballing career with the Borussia Mönchengladbach squad, called Borussia for short. At the time that Heynckes joined the team in 1964, Borussia was a second division team, meaning that they competed in a league below the First Bundesliga. The year after Heunckes joined, Borussia managed to make their way into the first division where they enjoyed some success.

After a brief period with another team, Hannover 96, Heynckes went back to Mönchengladbach. He stayed with Borussia for the remainder of his career as a football player, until 1978. During his second stint at Mönchengladbach, the team was in its heyday, and as the top scorer in the Bundesliga during 1974 and 1975, Heynckes was in no small part responsible for the team’s success. During his career there, he won four championships, one national cup, and one UEFA cup (the Europe-wide club championship). Before winning the UEFA cup, Borussia became the first German team to play in a UEFA cup final in 1973. Additionally, Heynckes was a part of the West German national team, which won a European championship and a World Cup during his tenure.

Heynckes as a Manager

At the relatively young age of 33, Heynckes left the football field and began his managerial career. He managed his home team, Borussia Mönchengladbach, for eight years, until 1987. As a young manager, Heynckes did not lead Borussia to the same level of success the team enjoyed when he was on the field, but the experience he gained there led to a series of successful and not so successful management posts around Europe. His tendency to become red in the face turning tense moments on the sidelines earned him the nickname “Osram,” after a German manufacturer of lighting.

Among Heynckes’ golden moments as manager were the 1989 and 1990 German championship wins for Bayern Munich, and the 1998 Champions League success for Spain’s Real Madrid, who had not had a Champions League win for 32 years. In addition to these successes, there were some decidedly low points in Heynckes’ managerial career, including early terminations from German teams Bayern Munich and Schalke 04.

Starting in 2011, Heynckes returned to Bayern Munich for his third tenure as manager of the Bundesliga stars. During the 2011-2012 season, Bayern Munich had a string of second place finishes, narrowly losing to England’s Chelsea F.C. in the Champions League final. That game was particularly disappointing for Bayern fans, since the team lost as the result of a 4-3 penalty shootout at the end of a tied game. That year, Heynckes’ team also yielded the Bundesliga championship to Borussia Dortmund.

During the 2012-2013 season, which was to be Heynckes’ final season as a football manager, Bayern Munich were off to a good start. At the time of this writing, the club led the Bundesliga by 9 points and had advanced to the Champions League round of 16 at the top of their group. Although it could be argued that Heynckes was a better player than a manager, his successes will be enough to secure his place in the history of German football.