The long jump is a famous athletic sport in which the competitor attempts to cover the most distance in one single leap. This article is about the basic rules of this famous sport. 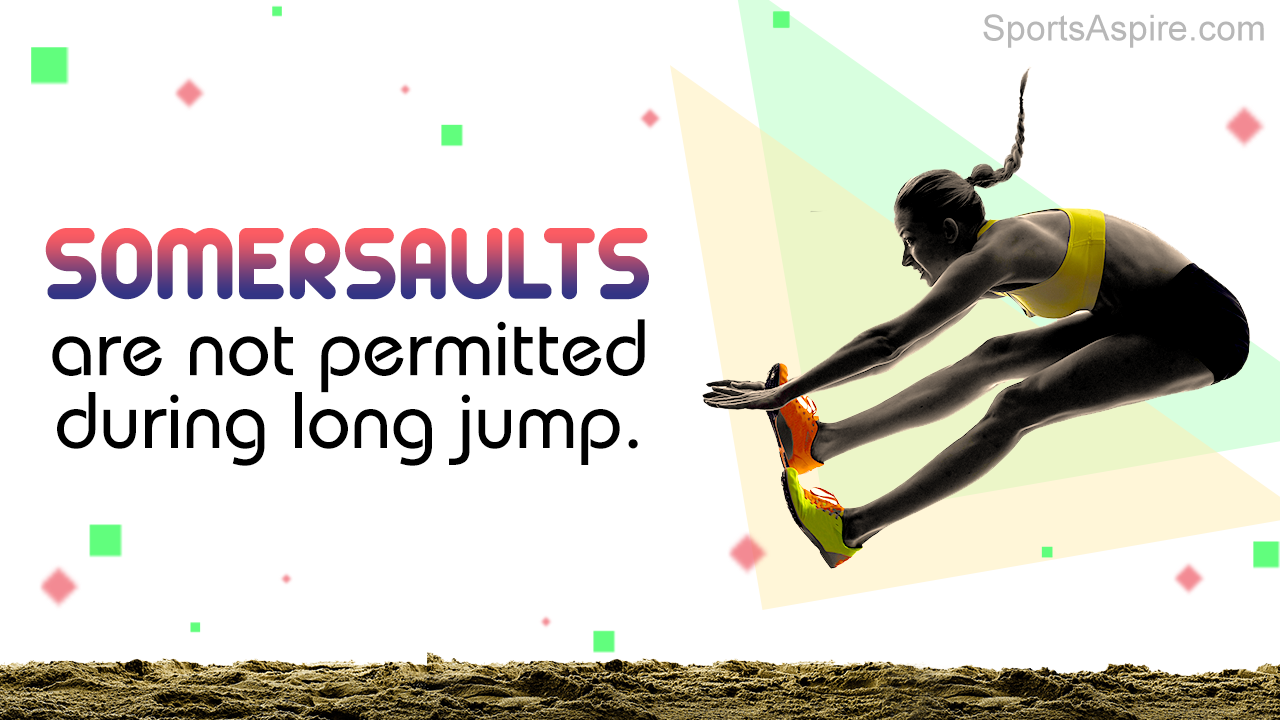 The long jump is a famous athletic sport in which the competitor attempts to cover the most distance in one single leap. This article is about the basic rules of this famous sport.

I’m sure most of you would be familiar with the sport ‘long jump’. The long jump is a crucial part of any athletics meet. After all, it is one of those basic sports which nearly every kid (both boys and girls) is introduced to at some point, in school sports days or in high school. The long jump has been a part of the Olympics since the ancient Greek times, and was included in the first modern Olympics in 1896. Often, there is a bit of confusion about standard long jump rules; I myself wasn’t sure, until about a month ago, whether they measure the jump to the farthest landing point or the nearest. For those of you who follow the sport and would like to know a few basic details regarding rules and regulations of long jump, this article is the perfect concise summary of the same.

Before we move onto all the technicalities and formal rules of long jump, here are some long jump basics to get you started. As you all know, the long jump is a sport in which (as the name suggests), the athlete who jumps the longest by legal means, wins. Basically, this is all that the sport is about. The athlete begins running from his or her starting position and after attaining sufficient velocity, jumps, landing in a sand pit, which is fitted with distance markers. There is a foul line, in the run-up area, that the athlete has to be aware of; jumping from beyond this line results in a ‘foul jump’. Jumpers try to get as close to the foul line as legally possible before initiating their jump. This entire process is governed by a certain set of rules. Let us see what they are.

1. Olympic record; 2. Heike Drechsler competed for East Germany before the unification of Germany.

Long jump is a crucial part of athletics and a prestigious event in international competitions. It has a long heritage and continues to build upon it in modern times.