A Simplified Explanation of the Basic Rules of Shot Put

Shot put is one of the oldest games in the world, and is a major Olympic sport. So what are the rules to this game? Let's find out... 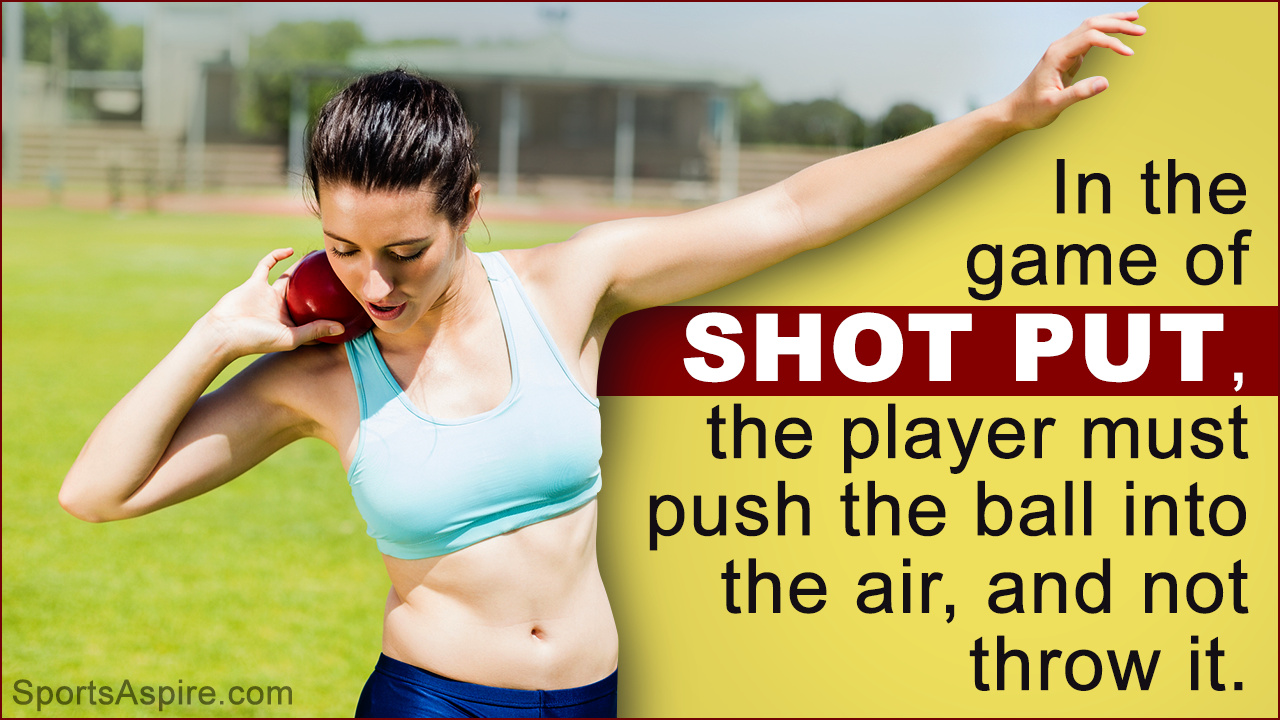 Shot put is one of the oldest games in the world, and is a major Olympic sport. So what are the rules to this game? Let’s find out…

Shot put is an Olympic sport which is played all over the world. It is classified as an athletic sport. It is a simple enough game which involves throwing (‘putting’) a metal ball (‘shot’). The objective is to throw the heavy metal ball as far as you can, subject to some rules.

While discussing the rules and regulations, there are two things to be kept in mind. The first is the rules for throwing. The second is the safety of the player. A wrong throwing style may cause damage to the hands of the player, and hence, it is very important to know just how to throw the shot properly.

There is a circle from which the shot must be put. The circle from which the shot is thrown is 2.13 m (7 feet) in diameter. The shot must land in a sector measured at 30 – 40 degrees. The aim is to throw the shot as far as possible, but it should not be outside the side-boundaries of the sector. The distance thrown is measured from the inner circumference of the circle to the first ‘disturbance’ in the soil caused by the landing of the shot. The person with the longest throw wins.

There are also a few rules governing the throw. The player must first position the shot just behind his neck, between the neck and the shoulder. He/she is not supposed to throw the ball in a conventional way, but has to put it. This means that the player is supposed to push the ball into the air, and not throw it like a baseball. The player puts the shot from the starting position, and then, using the body, pushes the shot into the air. Various throwing styles have been used over the years, the most popular being the glide and the spin. The objective is to put it long, and the player is allowed to use whatever technique he/she likes, as long as the ‘putting’ action is complied with and doesn’t qualify as ‘throwing’.

Shot put is a tough sport, because if you don’t play this particular sport, you’re obviously going to be unaccustomed with the exact motion for putting. Hence it is essential that you learn exactly how to put the shot. To be a good player, you first need to work on your physique. To make a good long throw, you need to bulk up your chest, triceps, back and shoulder muscles. So you need to have a workout program that will really toughen up these muscle groups. Also, you need to work on a technique which is best for you. Techniques vary from player to player, and hence, you can come up with one which you feel most comfortable with.