Here is a Biography of a Tennis Legend. With most wins in Grand Slam men's singles events, having won a total of 14 (7 Wimbledon, 5 US Open, and 2 Australian Open), from 1993 to 1998 Sampras led the world tennis rankings for six consecutive years. Among all the tennis players, pete is greatest ever happened to born. 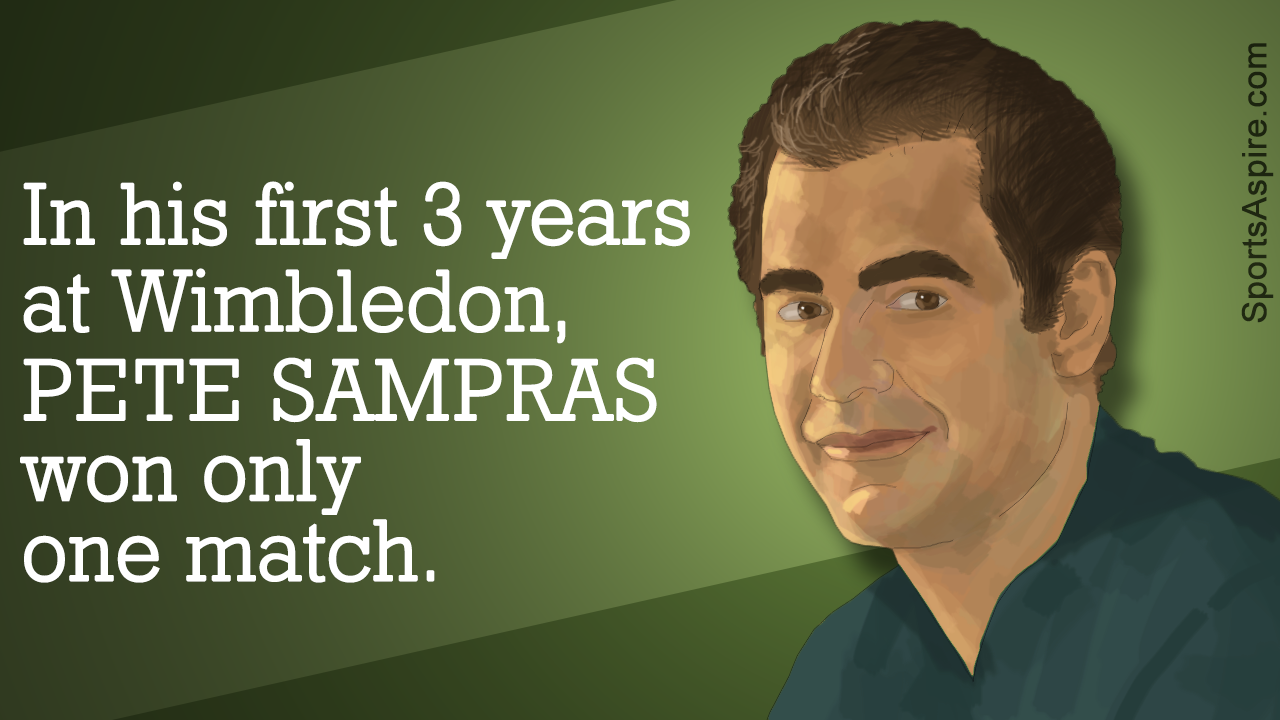 Here is a Biography of a Tennis Legend. With most wins in Grand Slam men’s singles events, having won a total of 14 (7 Wimbledon, 5 US Open, and 2 Australian Open), from 1993 to 1998 Sampras led the world tennis rankings for six consecutive years. Among all the tennis players, pete is greatest ever happened to born.

Pete Sampras was born to his Greek origin parents on August 12, 1971 in Washington D.C. He was 3rd son to his parents. In Pete’s early childhood, his parent’s noticed his passion for tennis. His father took him along with his sister to play tennis. Knowing Pete’s interest, his father appointed a coach who could help Pete improve his performance. It was a new beginning for the tennis legend.

As a personality, Pete was very straightforward, sincere and candid on tennis court. Fans liked his direct, easygoing approach. In his career Pete was a kind of player who could handle any type of situation. Pete was very aggressive on tennis court. Solid serve and volley tactics were strength and the hallmark of Pete’s game. His determination to win every game had always been an inspiration and a motivating force among youth. Pete’s instincts and athleticism won him many fans as well as Grand Slam titles in his career.

In 1988, at the age of 16 Sampras began his career with a struggle for name and fame in the game of his interest. In a Grand Slam tournament, his first victory came at the US Open in 1990, when he defeated Andre Agassi, Ivan Lendl and John McEnroe among others to win. At the age of only 19 years and 28 days, Pete Sampras was the youngest tennis player ever to win the US Open Men’s title. From then on, Pete made Center Court his own and no one could stand in front of him. In his first three years at Wimbledon, Pete Sampras won only one match, losing twice in the first round and once in the second. But he never quit and after that he won Wimbledon title in 1993, 1994, 1995, 1997, 1998, 1999 and 2000. In 1991 Pete won the IBM World Championship and in 1992 played in the team that won the Davis cup. Pete set a new ATP Tour record in 1993 when he became the first player to serve over 1000 aces in a season. In 1994 Pete won Australian Open. This made him first player to win three Grand Slam tournaments in a row in 25 years. He finished with the tour’s ranking of “Number One” every year since 1993 and equalized the record of John McEnroe and Jimmy Conners. Pete displayed great staying power whenever he entered the court. That was a big part of his appeal.

In the 1992 Olympics, Pete reached the 3rd round of the singles competition. He won gold medal at the 1987 US in men’s singles. Olympic Festival and USCO named Pete Athlete of the Month for July 1995. He nominated third in 1994 and 1995 in the USOC’s voting for Athlete of the Year. He was remembered for his good all-round game and a strong competitive instinct. To the date Pete holds the record for the most wins in Grand Slam men’s singles events, having won a total of 14 (7 Wimbledon, 5 US Open, and 2 Australian Open), from 1993 to 1998 Sampras led the world tennis rankings for six consecutive years.

In his career Sampras was nearly invincible in the game on grass courts at Wimbledon and was uncomfortable on Clay court. Winning at clay courts was a big hurdle for him, his only real weakness was on clay court, where the slow surface tended to negate his natural attacking serve-and-volley game, and he never progressed beyond the semi-final stage at the French Open. His positive attitude during play and cautious handling of the press led critics to bemoan his lack of charisma, but his natural talent and work ethic meant that Sampras was always able to let his results speak for him. Now after Pete’s retirement from Tennis, the only thing missing from his resume is a victory on the French Open clay court. Even after retirement Pete realizes that without a victory on clay court, he might not be regarded as No. 1 all-time, no matter how many Grand Slam titles he has won.

Sampras married on 30th September 2001 with American actress Bridgette Wilson. Sampras will always be remembered for several extraordinary skills like accurate and powerful first serve, a second serve just as powerful as his first, a running forehand (a forehand hit on the run) phenomenal net game, one-handed backhand. This legend had a very simple game strategy. When serving, he was a “serve-and-volleyer”: served it hard, forcing a bad return, and then ran up to hit the ball on the volley for an easy put away. When at the receiver’s end (the other player served the ball), he employed a “chip-and-charge” strategy: just chipped back the return and ran up to the net, waited for a volley. These strategies were best on “fast” surfaces like concrete and grass but were weak on “slow” surfaces like clay. As a result, he dominated Wimbledon and never won even a Single French Open Title.