The Swiss Tennis professional Roger Federer's Biography, who became the world's top tennis player and the first man since Mats Wilander in 1988 to win three Grand Slam events in the same year. 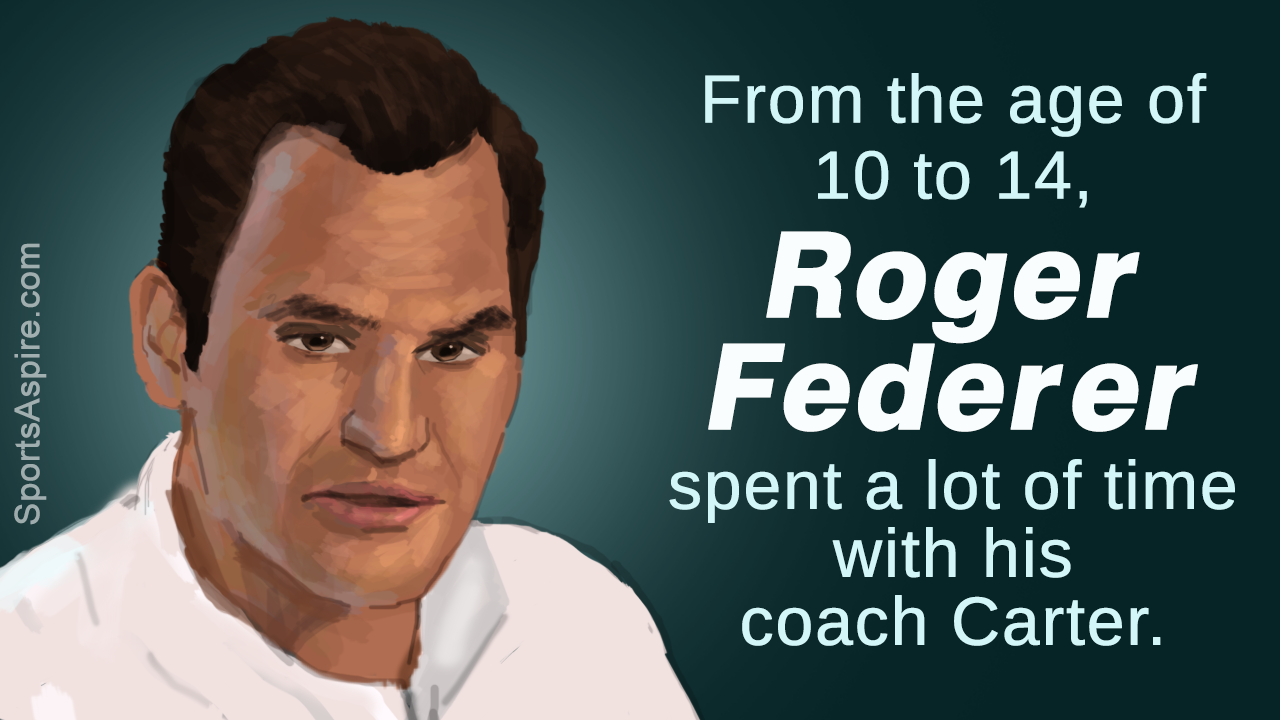 The Swiss Tennis professional Roger Federer’s Biography, who became the world’s top tennis player and the first man since Mats Wilander in 1988 to win three Grand Slam events in the same year.

On August 8, 1981, Roger Federer was born in Basel, Switzerland to Lynette and Robert Federer. Roger’s father Robert was an executive for the pharmaceutical company named Ciba-Geigy. During a business trip, His father met Lynette, a native South African and also employee of Ciba-Geigy. After their marriage, first daughter Diana was born in 1979. Diana and Roger grew up in the town just outside the city of Basel, Munchenstein.

Tennis was Roger’s family passion although neither his parents nor his sister had any special interest for the game. At the age of eight, Roger won Basel’s crack junior program. His performance already showed signs of genius. But controlling his temper was a biggest problem that would affliction him throughout his childhood. He was often out of control on the court. He lost his temper after hitting dumb shots and rarely went through a day without hurling his racket against the fence. Robert and Lynette were embarrassed when they saw their son’s behavior during tournaments. Roger could not understand this. He was never offensive to umpires, linesmen or opposing players. His anger was reserved for himself.

From the age of 10 to 14, Roger spent more time with his coach Carter than his own parents. The coach Carter taught him flawless technique on his ground strokes and serves and watched him grow into his body and start dominating opponents. Carter and Roger spent countless hours discussing the mental side of the game not only just strategy and psychology but also about the importance of being gracious, polite and reigning in your emotions.

In 1994, at the age of 13, Roger took important decision to leave home and accept an invitation to Switzerland’s national training center in Ecublens near Lausanne. He would come home on weekends and spend time with his family. Three years later, he left Ecublens and re-enrolled in a new training facility in Biel, where Carter was a staff member. After Reunited with his coach, Roger began a steady rise to the world’s top junior ranking. In 1997, Peter Lundgren, a former ranked ATP player from Sweden joined the staff and worked with Roger on occasion. He helped to improve Roger’s already-silky strokes and hammered home the self-control message on which Carter had made such good headway. The following year, Roger renowned himself as the most polished teenager in tennis and gained the ITF’s #1 world ranking, capturing the Wimbledon junior singles and doubles titles. He lost final of the junior draw at the U.S. Open against David Nalbandian.

In 1999, Roger’s performance was good. He reached the semifinals of a tournament in Vienna and advanced to the quarters in Marseille, Rotterdam and Basel. His biggest victory came over Carlos Moya, who was ranked #5 at the time. In Brest, Roger won a Challenger-level event by defeating Max Mirnyi. At the end of the year, he was the youngest member of the ATP Tour’s Top 100.

In 2000, Roger reached two ATP finals. In Marseille final, he lost with countryman Marc Rosset in a final-set tiebreak and with Tomas Enqvist in the finals at Basel. In 2001, He won first ATP singles title in Milan. He defeated Evgeny Kafelnikov, Goran Ivanisevic and Julien Boutter in a row to the championship. This was the biggest breakthrough for him. Roger was led performer in the Swiss Davis Cup team to victory over the United States by taking both his singles titles as well as the doubles. The best was yet to come for Roger. In the same year, he beat American star Pete Sampras in five sets to end his 31-match winning streak. Most of the Tennis fans thought this might be Roger’s long-awaited breakthrough, but he lost in the next round to Tim Henman. It was not the first time he had followed a significant win with a perplexing loss and it would not be the last.

In 2003, Roger won 2 tournaments in a row in Dubai and Marseille. On July 6, 2003 he made history by becoming the first Swiss man to win the Wimbledon championship, defeating Australia’s Mark Philippoussis. By winning the Tennis Masters Cup without losing a match and ranking second in the ATP tour race.

In 2004, Federer won first Australian Open title by defeating Marat Safin. In May 2004, he won the Hamburg Masters beating Guillermo Coria, the hottest clay court player in the circuit. Then he defeated Andy Roddick in Wimbledon final. In September, he flattened Lleyton Hewitt in the most lop-sided final in the 120 year history of the tournament to win the men’s singles US Open grand slam event. He finished the year taking the Tennis Masters Cup at Houston for the second time in a row by winning 5 straight matches against the top 8 players in the world.

Regardless of his reputation for finesse, Roger does not lack a power game. His strokes are so powerful, it seems impossible that he could generate the pace he does. The same is true of Roger’s serve, which is well above average. Off the court, Roger’s politeness and frankness have endeared him to the tennis fans. Unlike Laver and Borg, he is comfortable on hard surfaces and can dominate to opponent. And unlike Sampras and McEnroe, his game is championship-caliber on clay.